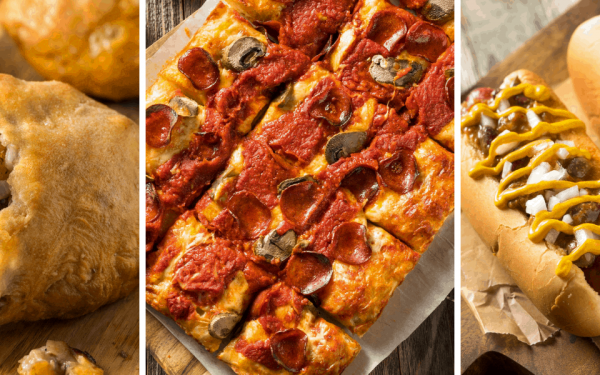 Read this article and find some of the best restaurants where you can find the most popular uniquely Michigan dishes to eat before you die.

Every food lover knows that Michigan has produced some of the most popular dishes in modern culture. It is rounded with four of five Great Lakes, so it doesn’t surprise that a big part of their cuisine is fish dishes. In this article, we will present to you some of the iconic dishes and famous restaurants that are so typical for Michigan that you just have to try. 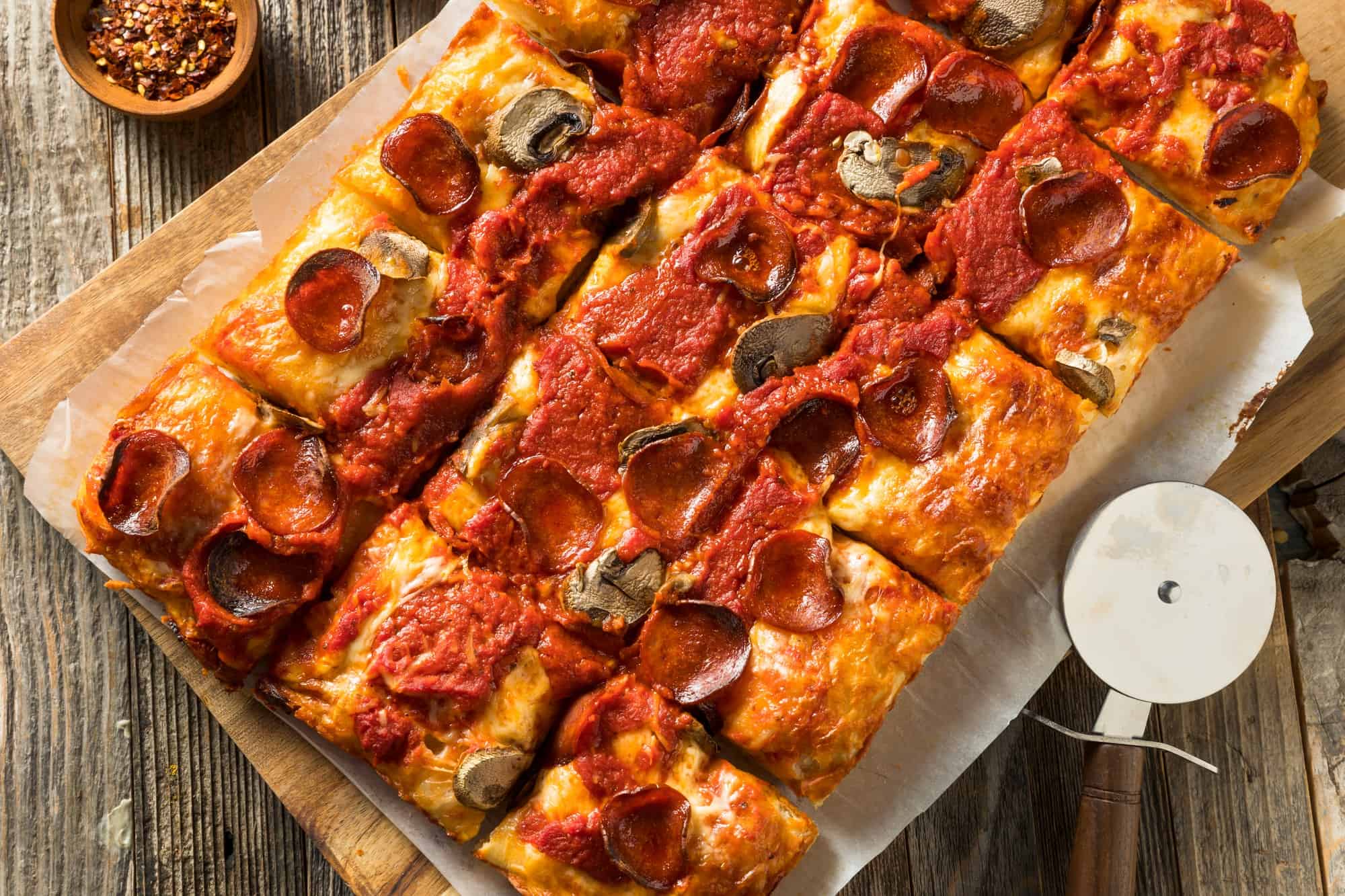 Pizza is a popular Italian dish that is popular in many cities, but Michigan has one of the most recognizable pizzas in taste and shape. One of the most popular pizzerias, Buddy’s Rendezvous, wanted to find something new for their menu, and the owner’s wife combines Sicilian dough with tomato sauce and cheese on top. But, the most important is the square shape and pan it is baked in. Since cast iron can reach high temperatures, it reaches crunchy edges combined with melted cheese. Today, you can find more popular versions with pepperonis and other toppings. It can be served as a portion of fast food and to-go, but usually, you order it with a Vernors, original ginger ale characteristic for that area. 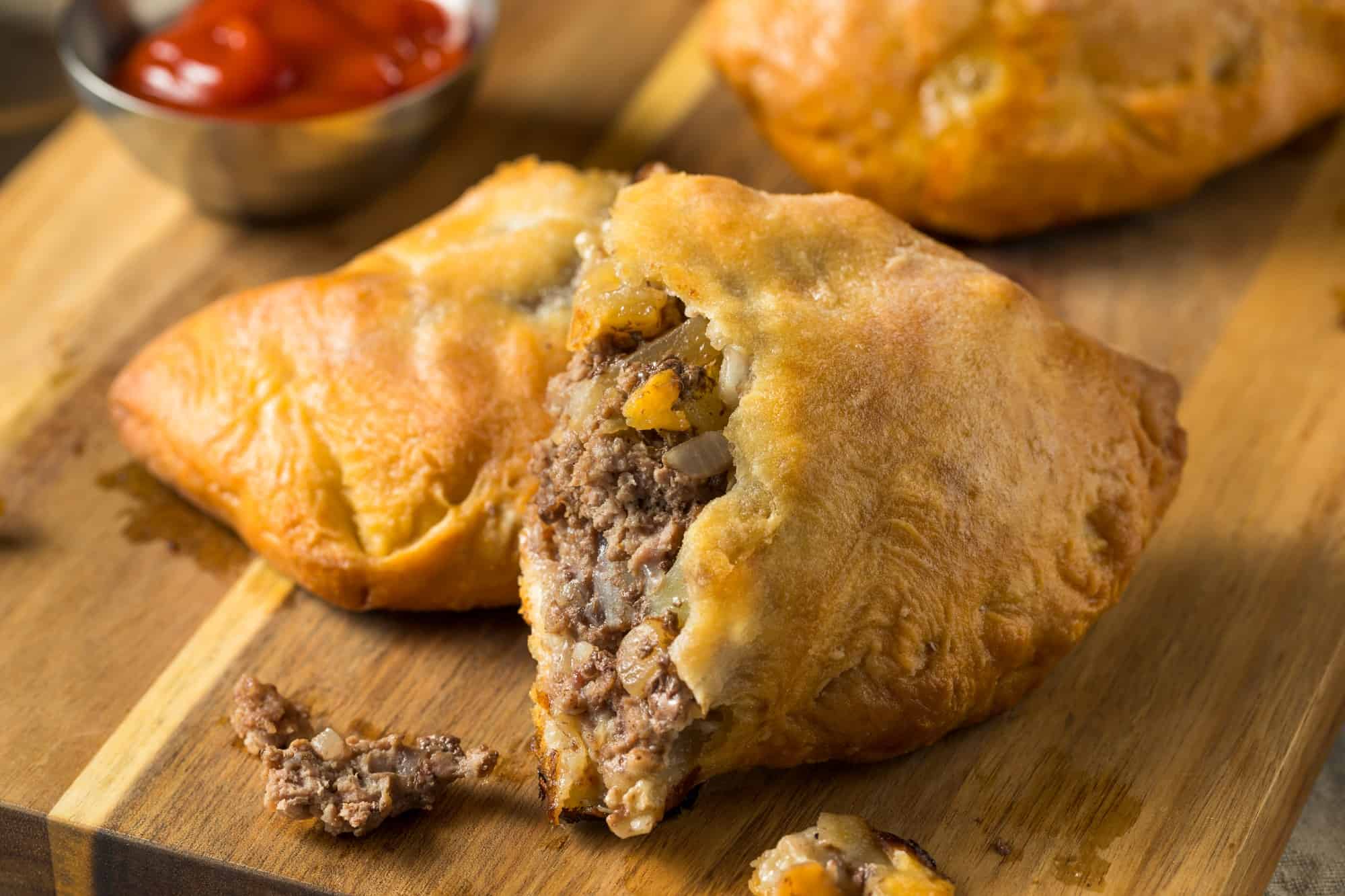 This pastry has a very long tradition dating back to miners as they used them as a practical and full meal, and Kaleva’s Cafe in Hancock makes some of the best pasties in the U.P. It is similar to a meat pie but more practical for long working hours. It has Finnish roots, so there isn’t a lot of seasoning in it. The filling is a juicy and flavourful combination of ground beef and pork with hot potatoes and onions. Outside is a flaky and golden brown dough that makes it look like a pastry. Sometimes, additional vegetables, like carrots and tomato can be added too, to enhance flavor. The simple seasoning mixes with flavourful meat and all good flavors are kept inside the pastry. The U.P. pasty is a very recognizable dish, served hot as a portion of fast food with a bit of spicy ketchup by the side. 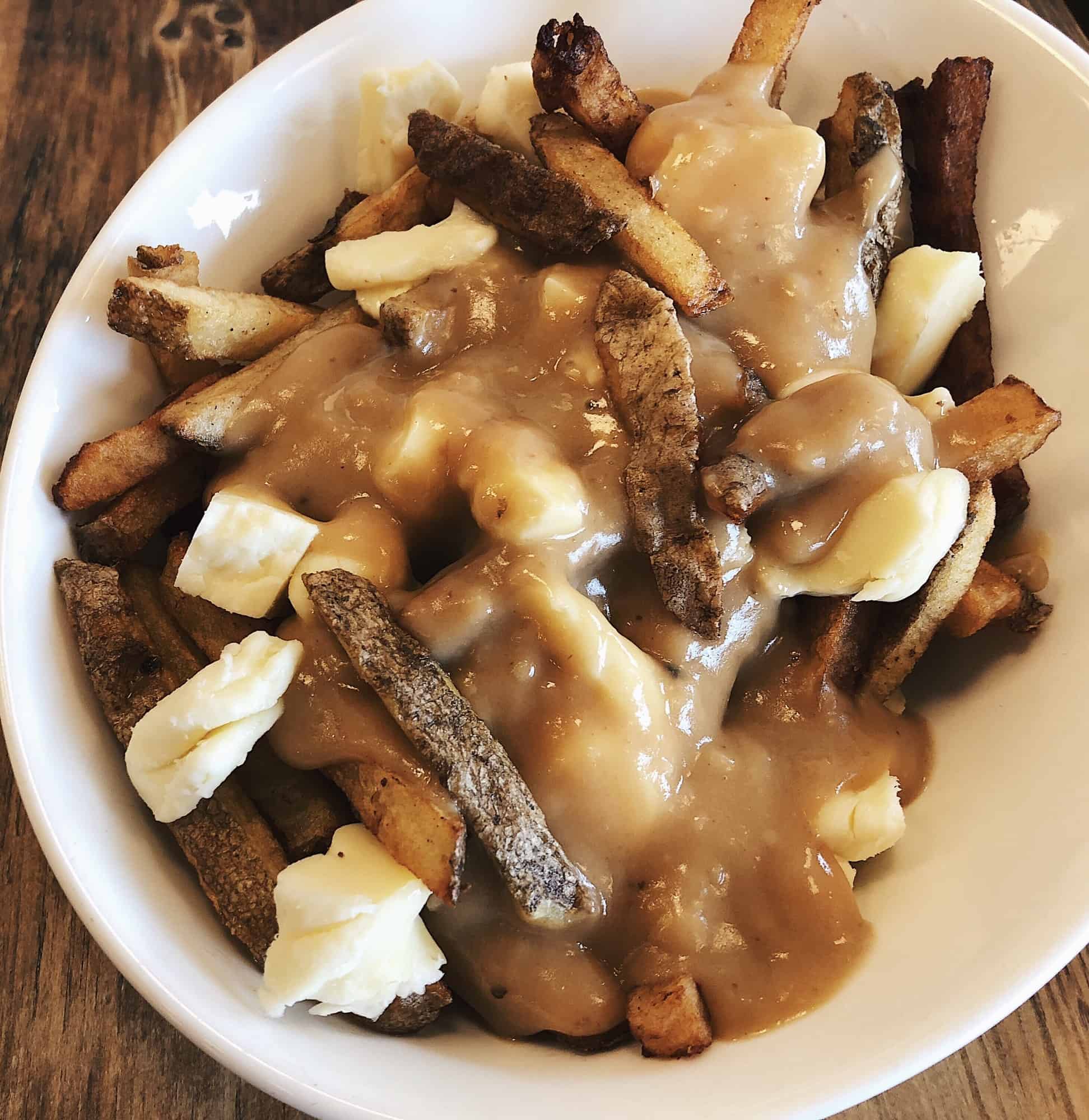 As Michigan is close to Canada, a small impact on culture can be seen even in gastronomy. This uniquely Michigan dish originates from Quebec, where French and Canadian cuisines have met and the result is a creative and flavourful dish. The base of poutine is French fries topped with cheese curd and brown gravy. As more modern versions, you can add many other toppings, like sliced bacon, chopped green onions, or white sauce. It is very flavourful and ideal as finger food or snack to share with a pint of beer. Hopcat is one of the oldest restaurants to offer it where you can try the basic recipe with many modern versions. 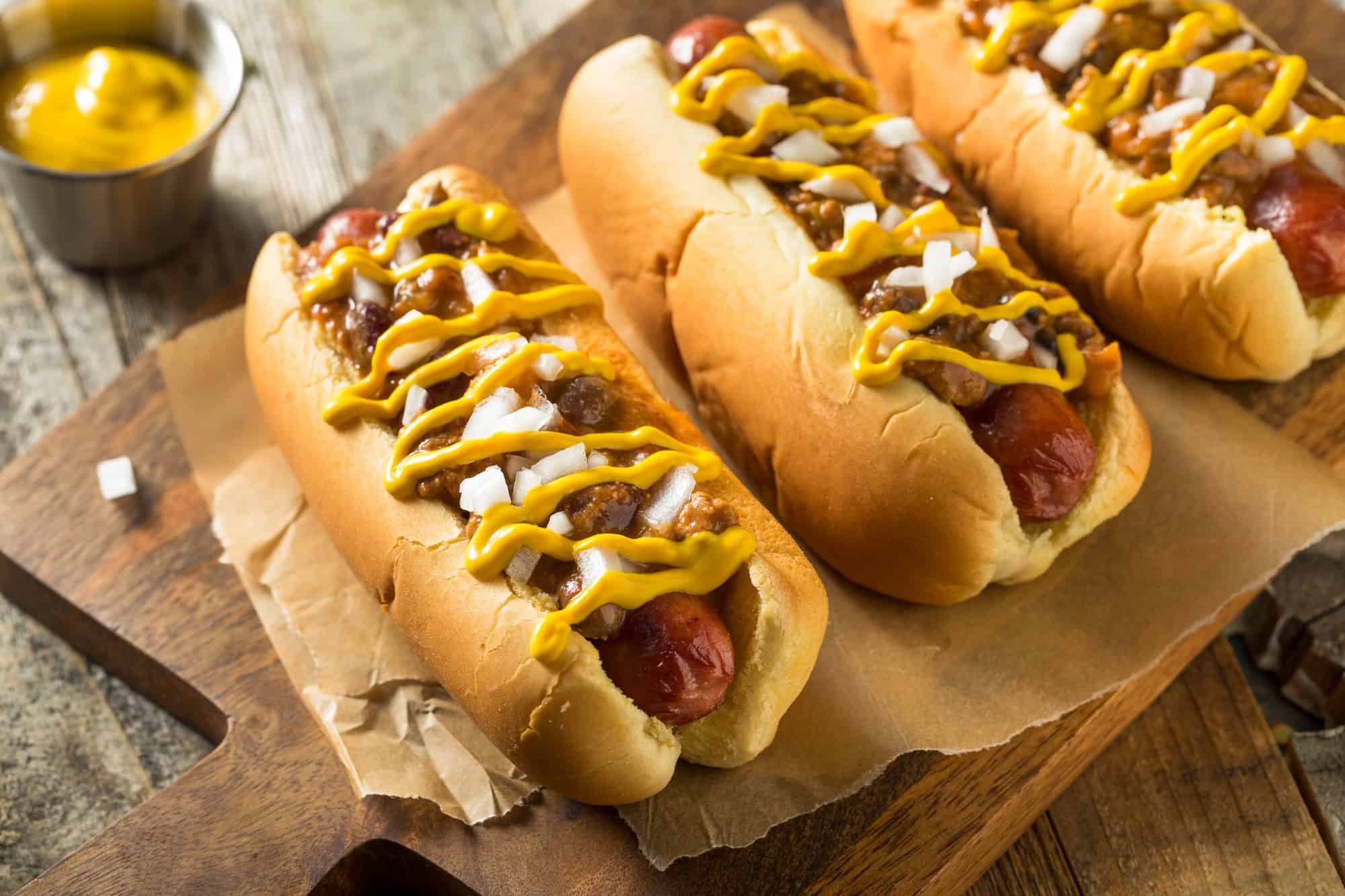 The hot dog is one of the most recognizable American street foods because it is simple to prepare and very delicious. But, instead of a usual hot dog with mustard or ketchup, this hot dog is improved and very recognizable for Michigan. It uses a regular hot dog in a steamy soft bun, but with more toppings to reach a flavourful meal. Usually, it is topped with meaty chili without beans and with mildly spicy brown sauce. Then comes diced white onion and a bit of mustard on the top. This hot dog is made by a Greek immigrant who opened an American Coney Island, a small restaurant that is a historical place to visit, working continuously from 1917. 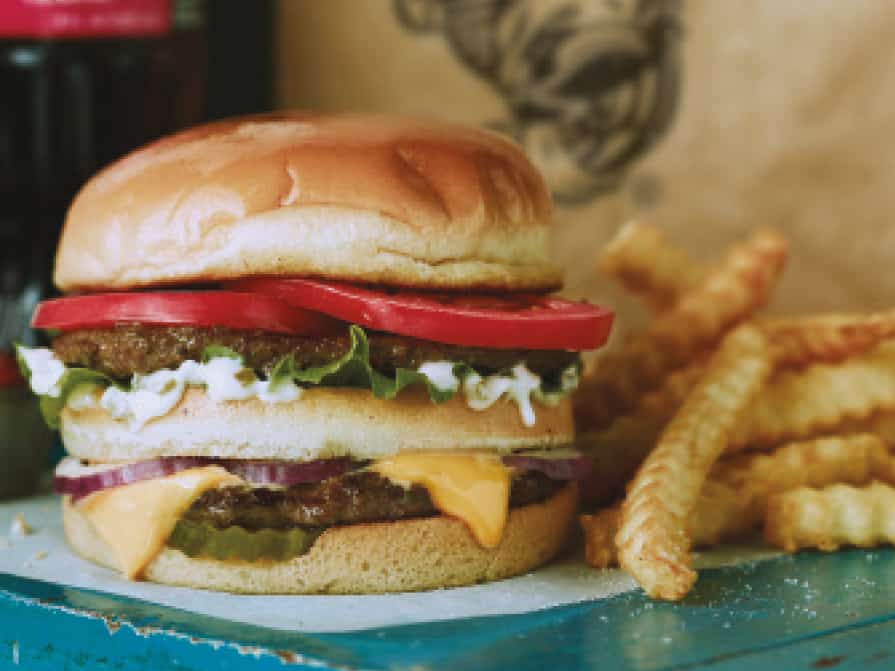 Every American city has loads of restaurants that serve burgers, especially the modern version and combinations. Yet, the historical and most popular restaurant is Frisch’s Big Boy that evolves into a restaurant chain. Their signature hamburger is Big Boy Double-Decker consisting of two beef patties. They are layered between 3 layers of a soft bun, lettuce, American cheese, and special sauce. It is the only common dish overall franchise, but you can try many more combinations and flavors. Double Decker is the signature dish of Michigan, so it is a must-go place where you can get a delicious, hearty, and rich meal. 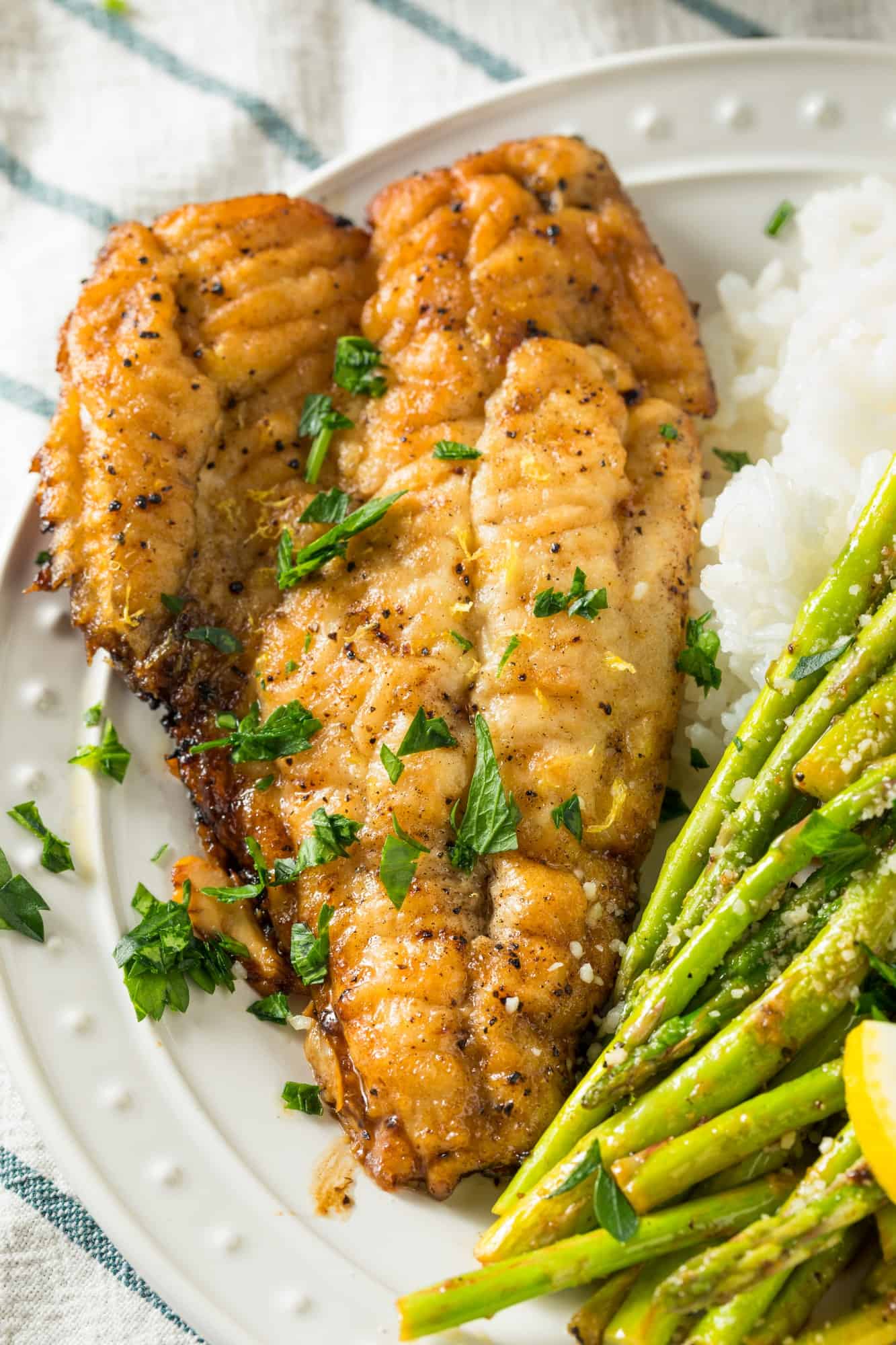 Since Michigan is surrounded by four of five Great Lakes, it isn’t a surprise that a big part of local cuisine is whitefish. Even though it isn’t popular as seafood, thanks to a special type of cooking, it can be flavourful and a proper meal. There are many restaurants, trailers, and fast food shops serving fresh fish. It is dipped in batter and fried until golden brown. All seasoning is added directly to the fish and it becomes flavourful and flaky on the inside, while you have a crispy layer on the outside. This is usually served with French fries and a lot of salt on the top.