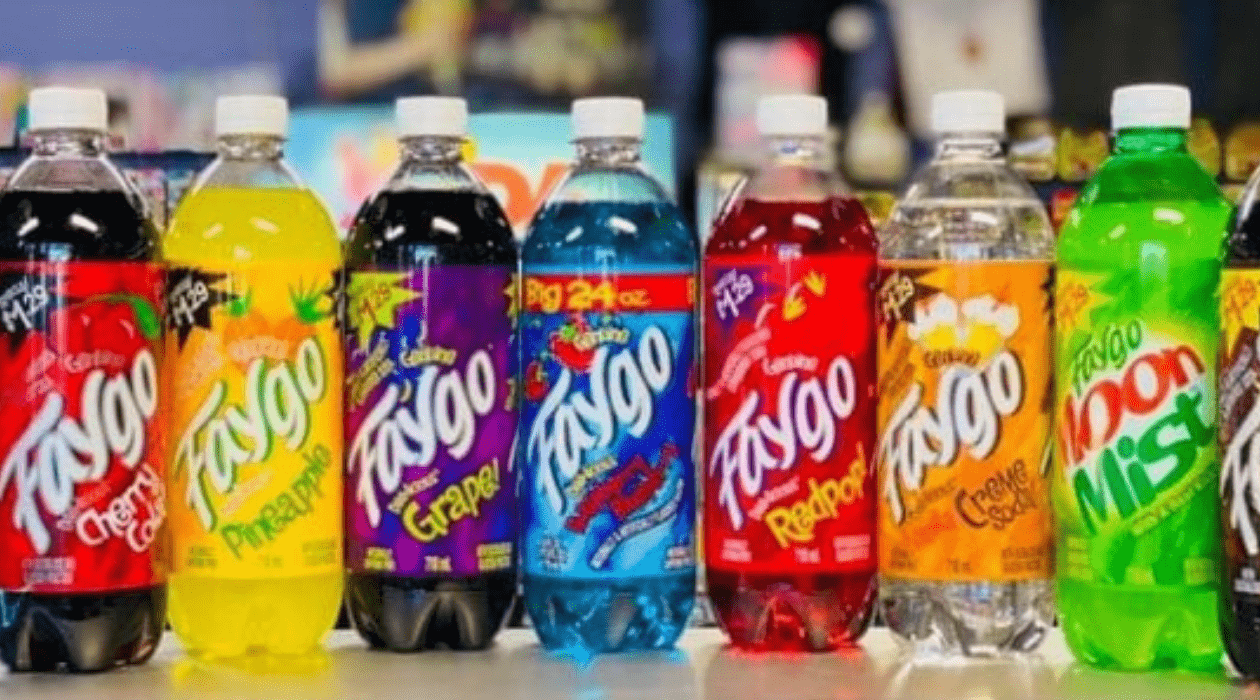 What is it about this particular Michigan drink that people adore so much? Let’s take a look at the history of Faygo and why it’s so loved in the Mitten.

Big brands of pop are advertised everywhere you look. LeBron James wants you to drink Sprite. Coca-Cola spends staggering amounts of money to get its name in front of you. And who can’t resist Taco Bell’s Mountain Dew Baja Blast? (Me, admittedly.)

But just like there are tons of fantastic craft beers for every Miller and Budweiser, there are smaller pop companies all across America.

In Michigan, we have our own regional brand that is hailed unlike any other. In Michigan, Faygo is a favorite among all ages, and not just because it’s a Detroit-based company.

If you think Faygo is a new phenomenon, you are mistaken. This brand has been around Detroit in some form or another since 1907. That’s more than 110 years of sugary, carbonated goodness. Through the years they’ve grown into a regional powerhouse, selling both pop and merchandise for those who can’t get enough.

In November 1907, Ben and Perry Feigenson started Feigenson Brothers Bottle Works in Detroit, MI. The Russian brothers were baker immigrants, and their goal was to turn their cake frosting recipes into soda pop. The first flavors were Grape, Fruit Punch, and Strawberry.

For a while, the Feigenson brothers lived above the bottling plant and used a horse-drawn wagon to make deliveries. By 1912, they were able to ditch the wagon and deliver their flavorful pop in a GMC truck.

Over the next several years, the business grew enough so that they could purchase homes and hire their first employee. During this time, they added Lithiated Lemon and Sassafras flavors to the pop lineup. They even built a new plant on Beaubien St.

As the company expanded, the brothers decided that their brand name was too long, so they shortened it to Faygo in 1921.

Throughout the 1920s, the company added even more flavors — Ace Hi (similar to Nehi), Rock and Rye, vanilla, and seltzer water. For a brief time in 1934, Faygo produced a beer too. The following year, Faygo moved from its original Pingree St bottling plant to a new plant on Gratiot Avenue, which still operates today.

Passing the Torch & Expanding the Market

Business really started booming in the 1940s. About midway through the decade, the brothers passed Faygo onto their sons. New bottles and the famous shield logo were added, and the company refined a root beer formula.

However, Faygo could only sell its products in Michigan because the pop had a limited shelf life. Apparently, there was a chance that the drinks could explode because of the reaction between the ingredients and poorly filtered water.

After consulting with chemists, the company installed a filtration system that removed the impurities from the water. Then, the pop could be distributed throughout the Midwest.

In the mid-1960s, Faygo became even more popular when the company started advertising during Detroit Tigers broadcasts. The ads reached beyond the existing market, and Faygo couldn’t cancel them. As a result, products were shipped to wholesalers’ warehouses, and company sales increased from $6 million to $20.4 million in just five years.

Also in the 1960s, Faygo launched a low-calorie version of its pop, which it called Ohana. It introduced diet versions in the same decade, and that sub-line soon accounted for a majority of its sales.

More flavors were added to the lineup too. In the late 1960s, the original Strawberry pop was renamed to Faygo Redpop (yes, one word). Before the end of the decade, Faygo was being shipped beyond the regional market and gaining nationwide recognition.

Sometime in the 1960s, Faygo started selling its pop in soda cans as well.

When Michigan passed a beverage container deposit law in 1978, the company thought that consumers would prefer to return cans instead of the glass bottles. However, this assumption was wrong, and the switch back to bottles cut into profits for a while.

Also during the 1970s, Faygo innovated a 2-quart bottle and vending machines that dispensed 16-ounce drinks.

With the second generation of Feigensons getting ready to retire, the family put Faygo up for sale in the 1980s. In early 1986, TreeSweet Products Corp. purchased the company for $105 million. The next year, it sold Faygo to National Beverage Corp., which also owns the Everfresh Juice, LaCroix, Rip It, and Shasta brands.

Sometime during the 1980s, flavored carbonated water was added to the pop lineup. In 1996, the non-carbonated Ohana drink line was expanded to include lemonade, iced tea, and punches. Two years later, Faygo made its pop available for purchase in an online store. In the early 2000s, Faygo added Candy Apple, Cotton Candy, and Gold flavors to the lineup.

When the company turned 100 in 2007, it launched a label design contest for a new flavor — Centennial Soda. It received 10,000 entries, and the winner was a 4th-grade teacher in Ohio.

In 2009, Bon Appétit magazine called Faygo Root Beer one of America’s best. It said that it’s “dry and crisp, with a frothy head, a good bite, and a long finish.”

To celebrate Faygo turning 110 in 2017, the company made a giant float of a birthday cake for America’s Thanksgiving Parade.

The Many Flavors of Faygo Soda

Faygo flavors continue to evolve to match consumers’ demands and tastes. Faygo soda has produced more diet versions of its drinks over the years and strives to invent unique flavors, such as the 60/40 — 60% grapefruit and 40% lime.

You can choose from more than 50 flavors as of June 2021. Here’s a list of them all (in alphabetical order):

*Indicates a diet version is available

Despite this long, growing list, Redpop is still the most popular Faygo flavor. Orange, Moon Mist, Cola, Root Beer, and Grape round out the top six favorites.

New suggested flavors are presented at a quarterly committee meeting. The committee also decides when to remove flavors with poor sales from the market.

Our team *finally* found the new 2021 summer sensation, Faygo Firework (tastes like a bomb pop), in August and had the chance to experience it for ourselves. It was a hit!

You can’t talk about Faygo without mentioning Insane Clown Posse. This underground Detroit hip-hop group has been around for nearly 30 years and drops the Faygo name in many of its songs. The members drink the pop, as do their fans (Juggalos).

During live shows, ICP gives their live audiences “Faygo showers.” This habit started after the crowd got enthusiastic about the rap duo throwing a bottle of Faygo into a group of hecklers. Now, it’s part of the fan culture.

The ICP members aren’t the only rappers who sing about Faygo. Lil Mosey released the song “Blueberry Faygo” in 2020 on Certified Hitmaker, his second studio album. Aside from that, author and artist Andrew Hussie references Faygo several times in his webcomic Homestuck.

Where to Buy Faygo

Since going national, Faygo has made its massive pop lineup available in 33 states making it easier to find “Faygo near me” even if you don’t live in the Midwest.

Although its primary sales area includes Michigan, Indiana, Ohio, and Western Pennsylvania, the company distributes to states in the Midwest, mid-Atlantic, and Central South. You can even find it in Southern Canada and parts of Europe.

The drinks cost less than other national brands and can be purchased at grocery stores, convenience stores, and in some restaurants.

Are you a Faygo fan? You can find a lot of official and fan-made Faygo collectibles on Etsy, as well as a range of gifts like:

Woodward Throwbacks is another place where you can get officially licensed Faygo products. This company was started by two Detroiters who wanted to furnish their apartments with reusable items that they found around the city.

What started as a one-car garage project turned into a 24,000-square-foot facility project. It gets a range of Faygo products, such as patches and wood crates.

Most Michigan residents (and many people outside the state) are familiar with this glorious pop. It’s one thing for someone to know a brand of pop and quite another for people to feel such a bond to it. It’s clear that Faygo is a Michigan mainstay that isn’t going away any time soon.

What is your favorite flavor of Faygo? What flavor would you create if you could?

Thanks to Gabe Aikens for contributing to this article. 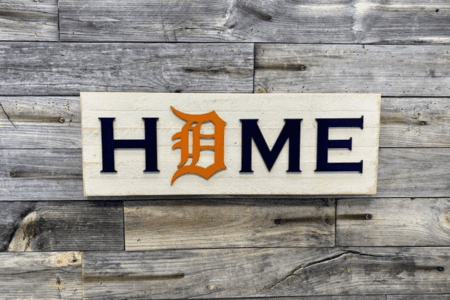 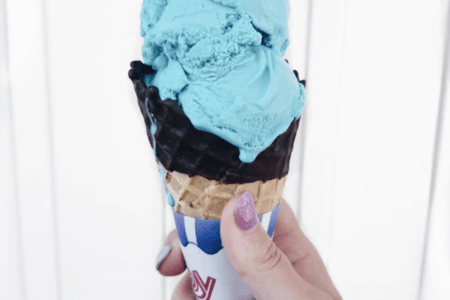 Hudsonville ice cream is a brand name that every Michigander knows and loves. This company has been making ice cream in Michigan for nearly… 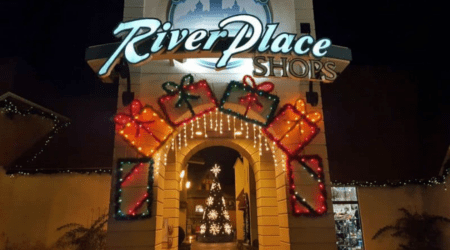 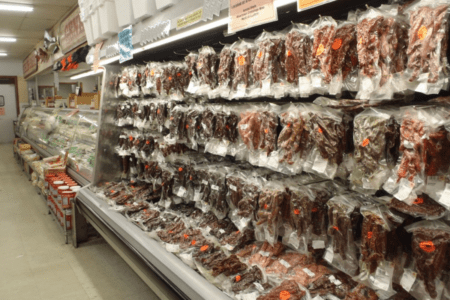 Looking for the best Michigan gift ideas for every Michigander (or Michigander at heart) on your holiday shopping list? We’ve curated the Ultimate Michigan Gifts Guide and are… 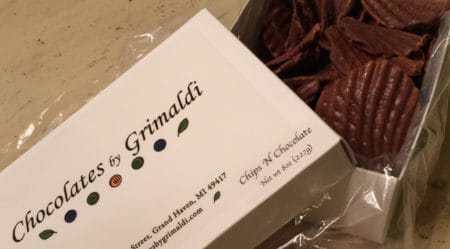