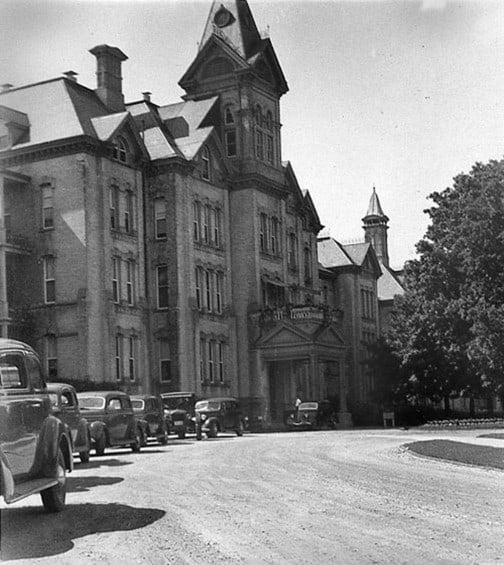 On November 30, 1885, the Traverse City State Hospital opened under the direction of Dr. James Decker Munson. During its lifetime, it was known by many different names, including the Northern Michigan Asylum, the Traverse City Regional Psychiatric Hospital, and the Northern Michigan State Hospital, before finally closing in 1989 after 104 years of service to the mentally ill. Sadly, not only were the patients forced to relocate after its closing, but many jobs were lost at what was then one of the largest employers in the city.

The Traverse City State Hospital operated differently from most others of the period, taking on a “beauty is therapy” philosophy: straitjackets were forbidden and creativity was encouraged. The hospital was located on 135 acres of land, providing enough room for a working farm, and patients were given the opportunity to engage in farm work to help them maintain a sense of purpose while hospitalized. The farm was home to a world champion milk cow named Traverse Colantha Walker, who still has a grave and headstone located between the former asylum and farm areas. Many greenhouses were built around the State Hospital to grow plants meant for beautifying the wards where patients lived. A few of the farm’s barns remain, along with a beautiful garden maintained in part by those completing community service.

The hospital’s main purpose was to help the, then diagnosed, mentally ill, and act as a rehabilitation facility for those suffering from addiction, but the facility expanded during outbreaks of disease and took on patients from overwhelmed hospitals. As laws and treatment for the patients changed, use of the hospital declined.  By 1950, the farm and grounds were closed. A majority of the buildings were demolished in the mid-1970s, and the hospital was officially closed by 1989. This closure left behind a group of abandoned buildings and the right amount of mystery to drive rumors of haunting and other strange occurrences.

The Old Hospital is now The Village at Grand Traverse Commons

Recently, the Traverse City State Hospital has undergone extensive renovations in the careful hands of The Minervini Group, and is now known as The Village at Grand Traverse Commons. Many stores and restaurants have made their homes there, including Cuppa Joe and High Five Threads, and farmers markets are held in the long hallways during colder months, drawing great crowds on Saturday mornings. The grounds have great trails for hiking, dog walking, snowshoeing, and many festivals are held there, including the Traverse City Microbrew Festival. Condos are available for purchase, and every time I come across an individual who lives in one, I ask the same question, “Have you ever encountered a ghost?” No one has claimed to have seen one yet, but the thought of living inside an old insane asylum will always be intriguing to me.

Before the renovations took place, it was common for teenagers to hop through a broken window and explore the inside of these formerly abandoned buildings – it was always eerily cold, despite warm summer temperatures outside. I never encountered anything unexpected, but I also never felt comfortable being inside for an extended period of time. Guided tours were offered in some of the sturdier buildings, and although those were conducted in the daylight and with plenty of people present, exploring the old insane asylum was always a chilling experience. Nowadays, the cheery atmosphere makes it easy to forget what was once there, but the renovations still allow for the Traverse City State Hospital’s beauty to show through, and old photographs of asylum days hang throughout the hallways to remind residents and visitors of the former use of the buildings.

So, is the Traverse City State Hospital Haunted?

The rumors swirling around this area of Traverse City add to the intrigue and mystery of this place for amateur ghost hunters and anyone looking for a thrill. Some of the reported hauntings are:

Do these claims have any credence behind them? When the hospital closed, many patients were sent off with no home to go to, and little or no resources to make it on their own. Many went to live in the surrounding woods, and with our harsh Michigan winters, few survived. This only adds to the claims of hauntings and ghosts. I have not experienced any of these occurrences while exploring the grounds, but there is a sense of unease when walking through the grounds and by the un-renovated buildings.

What is happening with the grounds now?

In 2002, the Minervini Group bought Traverse City State Hospital grounds for one dollar. The buildings and grounds have since gone through sixty-million dollars of restoration turning them into what is now the Village at Grand Traverse Commons, home to shops, restaurants, cafes, and apartments. A number of the older buildings are still left to explore and historical tours of the area are offered.

Climb the Pine Mountain Stairs Hiking up the 500 concrete stairs that ascend Pine Mountain is definitely a test of your physical ability. Your…

What do get when you put a pilot, a lawyer, a student, a wine rep, and a writer together in the same room? Don’t… 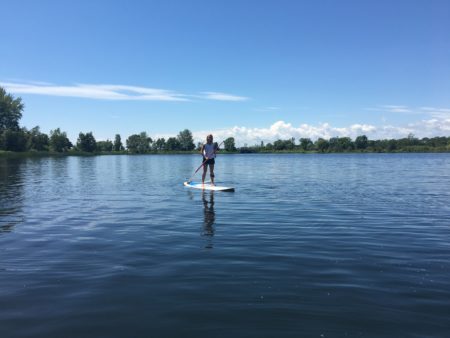 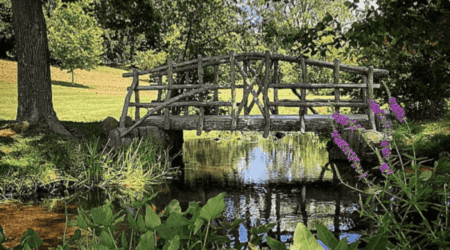