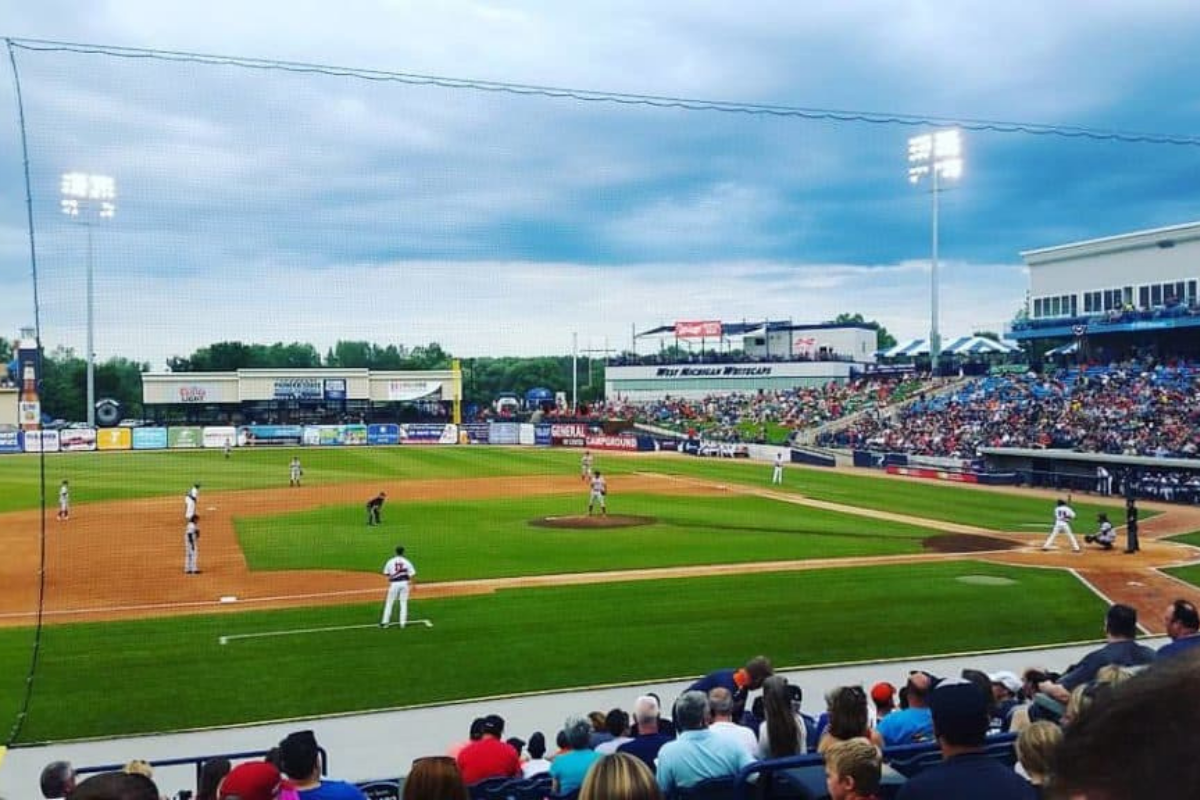 While a trip to Detroit for a Tigers game at Comerica Park is an annual “must-do,” our state features several minor league teams that offer a unique experience, often much closer to home. What these teams may lack in budget and star power, they more than make up for in heart, creative food concoctions, and wacky promotions. With teams like the Great Lakes Loons (Midland), Lansing Lugnuts, and Traverse City Beach Bums, baseball is never far away. For those of us who call Grand Rapids home, the West Michigan Whitecaps provide our baseball fix throughout the summer.

If you are a baseball fan and live in the West Michigan area, you may think that you have to make the two-and-a-half-hour drive to Detroit to watch the Tigers. However, there is quality professional baseball right here in Grand Rapids with the West Michigan Whitecaps, which is a minor league baseball team that is affiliated with the Tigers. Fifth Third Ballpark is their home, which is located in Comstock Park, seven miles north of Grand Rapids. The stadium seats just under 10,000, and game day is always filled with fun events for families and kids. Tickets can always be purchased in person at the Whitecaps Ticket Office (4500 West River Drive Comstock Park, MI 49321), online, or by phone (616-784-4131 or 800-CAPS-WIN).

While there are many practical advantages to choosing a Whitecaps games instead of making the trek to Detroit, there are many other things that make a visit to Fifth Third Ballpark the ideal way to spend a summer afternoon or evening.

The West Michigan Whitecaps have called Comstock Park, just outside of Grand Rapids, home since 1994 when two local businessmen moved the team (previously the Madison Muskies) from Wisconsin to its current home at Fifth Third Ballpark (called Old Kent Ballpark until 2001). The stadium holds more than 9,000 fans and is a beautiful place to watch a game — you would never guess that a fire caused extensive damage to the ballpark just three years ago!

There isn’t a bad seat in the house, and Grand Rapids Whitecaps tickets start at just eight dollars for a lawn seat, which is a great choice if you have restless fans in your party or you’re looking to snag a foul ball. There are also a select number of box seats, as well as the Safeco 4Topps Premium Seating, which includes a four-person table and a wait staff so you can avoid the concessions line.

The team became an affiliate of the Tigers in 1997, and for two decades now West Michigan is often the first stepping stone on a player’s path to the big leagues. Former West Michigan Whitecaps include notable names such as Brandon Inge, Cameron Maybin, and Alex Avila. The Whitecaps also serve as a frequent stop for injured Tigers beginning the rehabilitation process. It’s definitely worth keeping an eye out for announcements of rehab starts for injured players; seeing them in Fifth Third Ballpark is a real treat!

The team is famous for offering numerous culinary marvels at its concession stands. One of these is the Fifth Third Burger, a 4-pound, 4,800-calorie hamburger. It is a challenge to eat the whole thing, and only half the people who have attempted the challenge have eaten the whole thing. The Physicians Committee for Responsible Medicine even requested a label on the burger stating that it was a “dietary disaster.” It has also been featured on Travel Channel’s “Man v. Food.” In addition to the burger, fans vote every year for a new item to be added to the menu. Past items have included deep-fried pickles, waffle pizza, and bacon-wrapped hotdogs,  just to name a few.

Along with the traditional ballpark fare of hotdogs, peanuts, and beer – usually at a lower price than the Major League parks – the Whitecaps offer many unique and delectable options. New menu items for the 2017 season include beer cheese poutine, edible bread cones stuffed with your choice of fillings, and deep-fried Twinkies. Naturally, craft beer is also featured, and the Craft Clubhouse is where you can find over a dozen local microbrews to responsibly enjoy on those summer days.

Something that always makes the minor-league experience special is the fan involvement with games and promotions, and the Whitecaps games are no exception. Between most innings, fans are selected to participate in a variety of silly games including the infamous dizzy bat race and plenty of other Whitecaps originals. But the fun doesn’t stop there, as mascots often mingle with the crowd and giveaways are common. Fireworks displays are common throughout the summer, and on Sundays, kids can run the bases after the games. You can also purchase discounted tickets on Mondays if you have a church bulletin. The list of promotions is way too long to type here, but they can all be found on the West Michigan Whitecaps website.

The Whitecaps do more than provide affordable family entertainment. The Whitecaps Community Foundation was started in 2012 and oversees all of the philanthropic work of the organization. With several programs and an annual charitable contribution of over $500,000, the Whitecaps are a force for good both on and off the field. Programs include a reading club, an initiative to get inner-city youth involved in baseball and softball, and the 50/50 raffles that take place at games.

Since moving “home” over 20 years ago, the West Michigan Whitecaps have provided a unique and affordable entertainment option to the greater Grand Rapids area and have also been a force for good in the community. Whether you are a baseball fan hoping to catch a foul ball or see the next great Tigers star before he makes his millions, or if you are more interested in eating bread cones filled with pork, drinking a 32-ounce craft beer, and just enjoying a beautiful Michigan summer evening, the Whitecaps have you covered.

What is your favorite thing about going to a West Michigan Whitecaps game? Let us know in the comments!

My name is Anthony Homolka, age 22 and a Writing major at Grand Valley State. I grew up on five acres in Ada, just outside of Grand Rapids. I am writing for the Awesome Mitten for an internship through Grand Valley. In my spare time I enjoy playing tennis and enjoying the great outdoors in Michigan. My favorite spots in Michigan would be around Lake Michigan, either in Grand Haven or the sand dunes around Saugatuck. 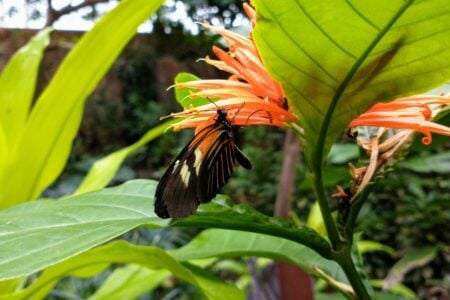 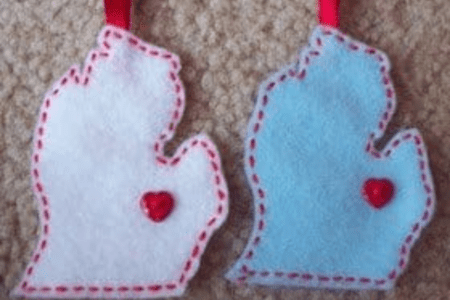 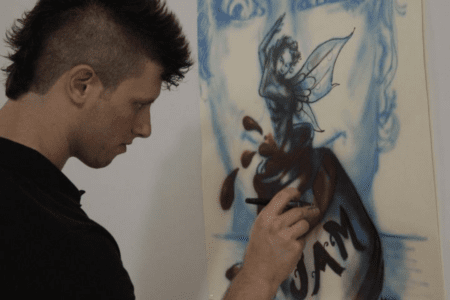 Why it’s awesome: An evening of watching live artists, listening to live music, and mingling with some cool people.  This, my friends, is the… 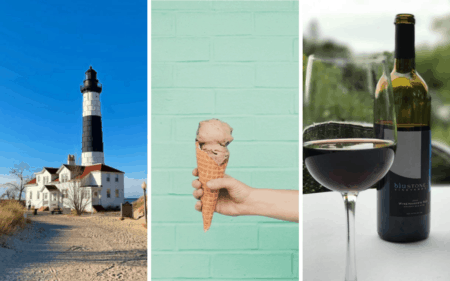 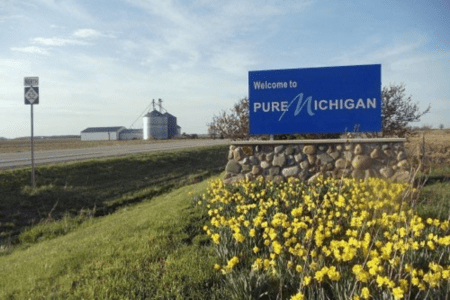