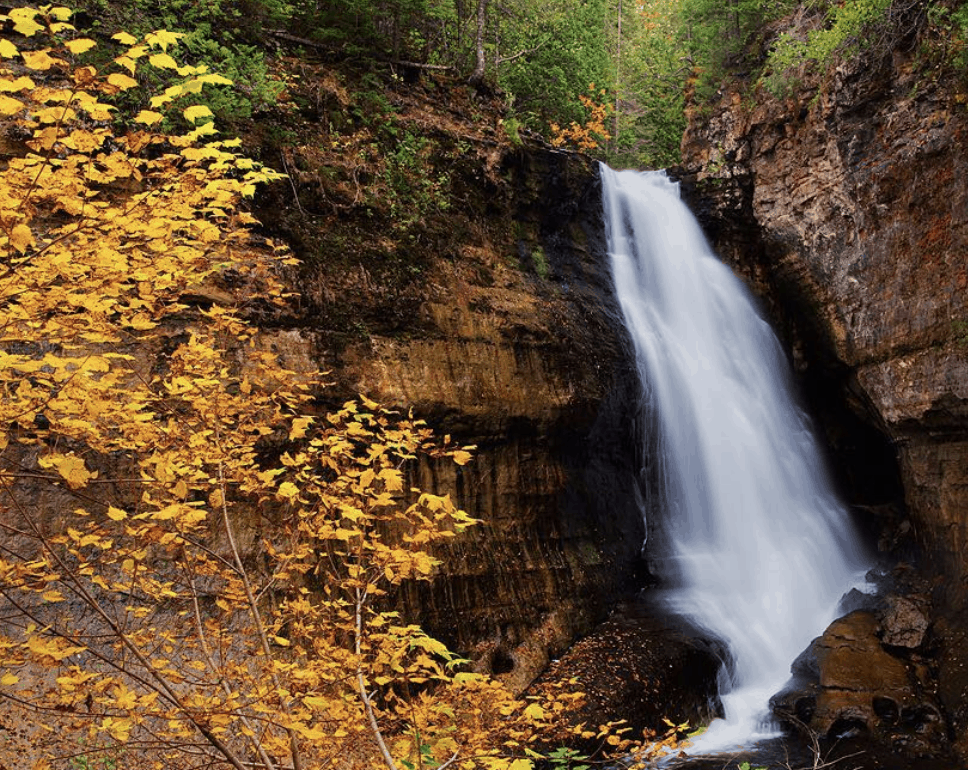 One of the biggest things that Michigan is known for is nature. The state has all kinds of landscapes — farmland, forests, mountains, beaches. Among these landscapes are tons of waterfalls.

While exploring the many waterfalls in Michigan is a great summer activity, visiting them during the fall is extra special. The changing leaves surrounding the falls are gorgeous.

With that said, let’s take a look at 18 of our favorite Michigan waterfalls to see during the fall.

Michigan Waterfalls on the Keweenaw Peninsula

Although Jacob’s Falls isn’t one of the largest falls, it’s in a really interesting area. You’ll find it off M-26 about 3 miles northeast of Eagle River.

The part of the waterfall that you can see from the road is the main section and drops about 20 feet. Overall, though, the falls drop a total of 40 feet.

Just about 225 feet away is The Jampot, a monastery-owned shop that sells delicious bakery goods and jams.

With a drop of 110 feet, Douglass Houghton Falls is amazing to see during the fall. In fact, the water was once a popular destination for Michigan Tech students and other locals.

The steep gorge and loose volcanic rocks around the falls can be dangerous, so access to the base of the waterfall is restricted. The town has plans to make viewing the waterfall safer.

Despite that, you can access the falls via Hammel Creek near Lake Lindon.

The Hungarian Falls Nature Area is a hot spot for locals because it’s near Torch Lake and is home to Hungarian Falls. It’s actually a series of three falls — 20-foot Upper Falls, 20-foot Middle Falls, and 50-foot Lower Falls.

You can approach the falls from both sides via hiking trails that are moderate to advanced in difficulty. The upper access trail is easy to trek and leads to the top of the falls where there’s a pond with fish and other natural wildlife.

During autumn, the mixed hardwood forest creates a colorful sight.

On the very west side of the Upper Peninsula, Porcupine Mountains Wilderness State Park has some of the best waterfalls in Michigan.

One of our favorites is Manabezho Falls, which is the largest waterfall on the Presque Isle River. It’s 25 feet high and 150 feet wide. Getting to the falls is easy from the west side of the park via CR-519. The rich colors in the trees make the falls especially scenic in autumn.

The Ottawa National Forest is nearly 1 million acres of protected land and is home to the Potawatomi and Gorge Waterfalls. They’re located very close to each other just off the Black River National Forest Scenic Byway.

Part of the Ontonagon River in Ottawa National Forest, Bond Falls is a scenic site with water flowing over a thick belt of fractured rock and separating into several small cascades. The waterfall, which is one of the most popular in the Upper Peninsula, drops a total of 50 feet.

A trail leads from the Scenic Overlook Dr. parking lot to the waterfall and follows part of the river. There’s an accessible boardwalk with a handful of observation locations, as well as picnic tables in the area.

Also located on the Ontonagon River in Ottawa National Forest, Agate Falls is considered one of the most picturesque waterfalls in Michigan, especially during the fall.

You’ll find it off M-28 by following the trail from the Agate Falls Scenic Site parking lot. Seeing the water cascade over terraced sandstone from nearly 40 feet high is absolutely magnificent.

Waterfalls in Michigan Between Marquette & Munising

In the 360-acre Laughing Whitefish Falls State Park about 20 miles southeast of Marquette is this namesake waterfall, which is a cascade from 100 feet down a limestone escarpment. The scenic site features old-growth hemlock and white pine trees, which have beautiful fall colors.

You can reach the falls via a ½-mile trail from the nearby loop road parking area and through a beech-maple forest. A set of stairs leads to the bottom of the falls too.

With a 15-foot drop, Rock River Falls is located deep in the Rock River Canyon Wilderness, which is part of Hiawatha National Forest.

You’ll have to drive several miles on old logging roads to get to the Rock River Falls trailhead, and the trail isn’t marked either.

Despite all that, the remote location and difficult trek is very rewarding, especially when you see the colorful display of leaves.

Tucked among old-growth hemlock and pine trees, Wagner Falls is located about 1.5 miles south of Munising. When you get to the small parking area, it’s only a short walk (about 25 feet) to get to the observation platform for the waterfall.

The trail is packed gravel and features a boardwalk with a few steps.

Referred to as the “Enchanted Waterfall,” 20-foot Horseshoe Falls is the largest spring-fed waterfall in the area. It’s in the perfect natural, tranquil setting, and the grounds are maintained well so that it’s easy to reach the falls and see the variety of plants and trees.

Unlike the other waterfalls in Michigan, this one has a gift shop with a botanical garden and hiking trails. You have the opportunity to feed trout and ducks in the pond and play the gnome scavenger hunt in the garden as well. Since the gift shop provides these extra activities, there’s an admission fee.

Also called Rudy M. Olson Memorial Falls, Tannery Falls is located near Munising on Tannery Creek. You can see the gravesite of Rudolf Olson on the small path from Sand Point Rd. that leads to the waterfall.

The 40-foot falls drops into a sandstone canyon, and there’s a cave behind it, which adds drama to the fall scenery.

You can follow an 800-foot paved trail up the shaded canyon to the base of the 50-foot waterfall. Then, two sets of stairs go up to platforms where you can get a higher view of the water as it falls over the sandstone cliff.

A little farther into Pictured Rocks, Miners Falls is one of the prettiest waterfalls in Michigan. You can park at the lot just off Miners Castle Rd., which is about 4 miles north of H-58.

From there, you can take the gently rolling gravel path just 0.6 miles to two overlooks. The water drops about 50 feet, and you can climb down 64 steps to lower viewing platforms.

Although the North Country National Scenic Trail passes the waterfall, viewing access is limited from there. Instead, the best way to view the falls is from a boat tour on the lake, which gives you a panoramic view of the fall leaves too.

At the base of the waterfall and 20 feet underwater is the 1856 shipwreck of the wooden side-wheeler Superior.

As the largest waterfall in Pictured Rocks, Sable Falls has a drop of 75 feet. The water tumbles over sandstone formations and into Lake Superior. You can follow the Sable Falls Trail from the designated parking area.

It’s only a few hundred feet to get to the falls, but you’ll have to go down 168 steps to get the best view from the bottom. In addition, you can continue following the path past the waterfall to Sable Beach.

On the east side of the Upper Peninsula are two grand waterfalls in Tahquamenon Falls State Park, which is nearly 50,000 acres large. These falls are two of the most well-known waterfalls in Michigan.

The nearby parking lot is located just off M-123. From there, you can walk the short trail to the Upper Falls or the 4-mile River Trail to the Lower Falls.

The Lower Falls is actually a series of five small waterfalls that cascade around an island.

Ocqueoc Falls in the Lower Peninsula

Unfortunately, the Lower Peninsula of Michigan doesn’t have a lot of waterfalls. Ocqueoc Falls is the one main waterfall, and it’s located about 11 miles west of Rogers City. Even though it’s small by comparison, it has a lot to offer…

How many waterfalls are in Michigan?

Michigan has more than 300 waterfalls, most of which are located in the Upper Peninsula.

How many waterfalls are in the Upper Peninsula of Michigan?

Although not all of them have been officially named, there are more than 300 waterfalls in the Upper Peninsula of Michigan.

How many waterfalls are in the Lower Peninsula of Michigan?

Unfortunately, the Lower Peninsula only has one main waterfall — Ocqueoc Falls.

Where is Michigan’s biggest waterfall?

Which state has the most waterfalls?

Even though there are more than 300 waterfalls in Michigan, other states have more. The state that has the most waterfalls is Washington with 3,132.

More to Explore in the Fall in Michigan

As you explore the many waterfalls in Michigan this fall, don’t miss out on the best Michigan color drives and fall things to do in the Upper Peninsula and beyond! 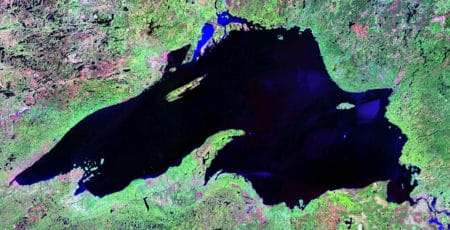 My great-grandma used to say there are many good lakes, but only one great lake–and it’s no surprise which one she thought was superior…. 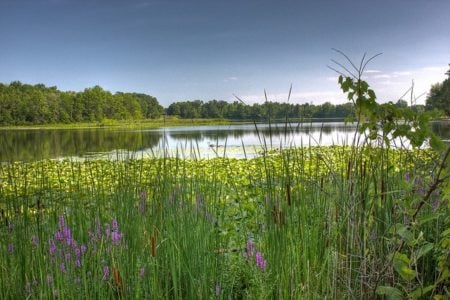 Spring is in the air which means everyone’s turning their focus back outside towards the beauty of Michigan and all it has to offer….

As you may have read earlier this week, Detroit Restaurant Week is back this month for its eighth engagement in the Motor City. Despite… 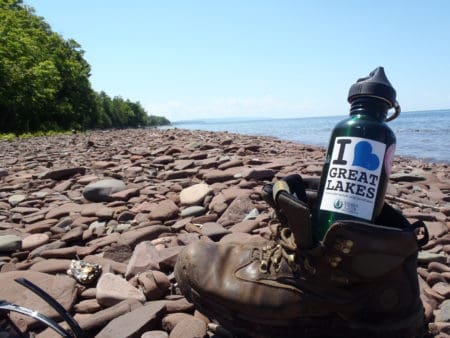 My wedding day is rapidly approaching and, when I share the news with folks about the big event, I inevitably hear the common question,…