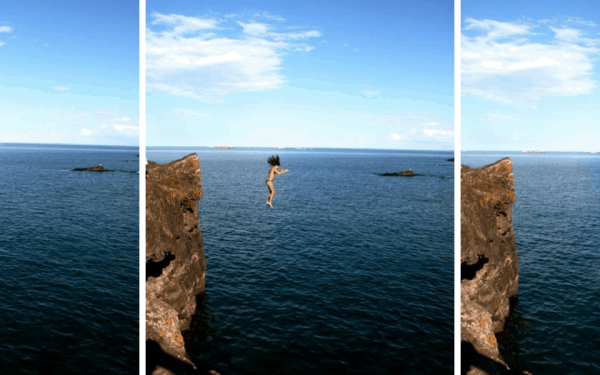 There’s a place in Marquette where all the cool kids go to jump off a cliff… and into Lake Superior. That place is known as “Black Rocks.” Black Rocks Marquette is one of the best summer things to do in the Upper Peninsula!

It’s one of the reasons I kick myself for not going to college at Northern Michigan University. Have an extended break between classes? Want to go cliff diving? No problem. 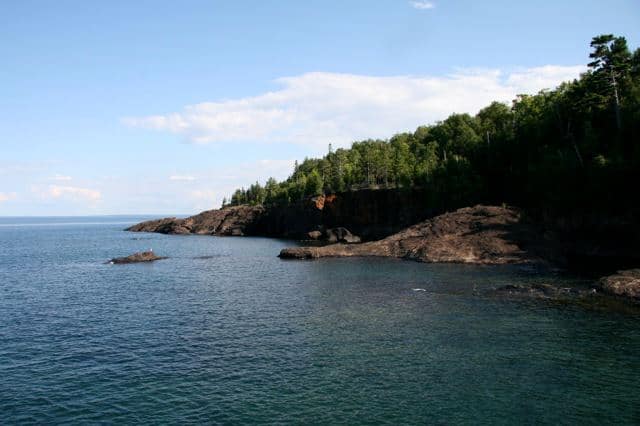 Black Rocks is one of Marquette’s coolest attractions, in my opinion. There are many, to be sure, but cliff diving into a frigid Lake Superior is a rush. And if you wait until the middle of August, the water isn’t too cold by most people’s standards. Which is to say not too cold. Not warm, but not cold.

How to Get to Black Rocks Marquette

Black Rocks is near the tip of Presque Isle Park in Marquette.

To get to Black Rocks, park at one of the parking lots near the tip of Presque Isle and then walk toward the water, head East (right, if you’re facing the lake), and keep walking.

After walking a few hundred yards, you’ll come to a cliff that drops fifteen or so feet straight down into Lake Superior.  That’s the spot.  And if it’s a sunny day in summer, you’ll likely be sharing the space with a dozen or more college kids and tourists here to test their nerve. 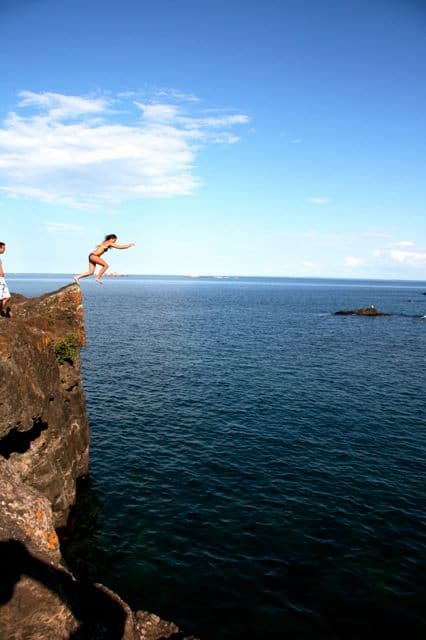 Does It Cost Money to Jump Off Black Rocks?

Many people have been searching the Internet to find out if it costs money to jump off of Black Rocks near Marquette Michigan.

Happily, you can jump off for free at your own risk.

You just drive over to Presque Isle, park, walk to Black Rocks and jump. 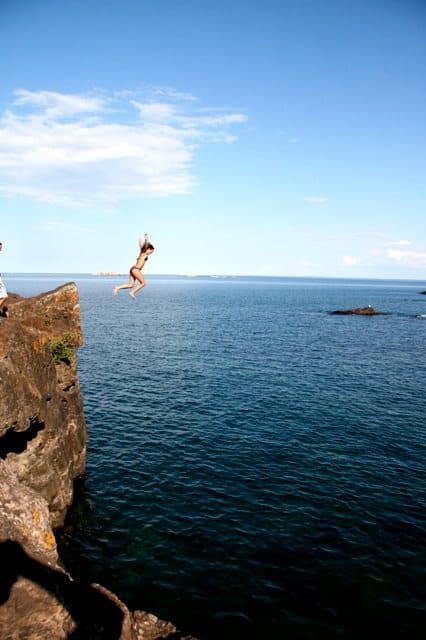 Now, I’m not going to get into the technique of cliff diving because I’m no expert, and there are definitely things you should know about it before you tackle this extreme sport. So for an excellent (but brief) cliff diving education, click over to this article.

One day while visiting Marquette this summer, my friend Jen and I were hanging out on Presque Isle and decided to walk over to Black Rocks. I didn’t have my swimsuit with me but I really wanted to jump so I could get some photos for this web site. Luckily, Jen had just come from the beach. “I’ll jump,” she said without flinching.

Most people tend to hesitate for at least a few moments before jumping. Jen hesitated for maybe a second. Maybe. She’s a trooper.

Also on the rocks that day was a girl in her early twenties who refused to jump, despite much encouragement from her friends. There were a couple of college guys who kept jumping in, climbing back up, and then jumping in again. And there were about five or ten onlookers. (It is fun to watch)

One note – If you do take the plunge, I’d recommend swimming to shore rather than climbing back up the cliff. You’ll be in that chilly water a little longer, but that’ll just make you swim faster! 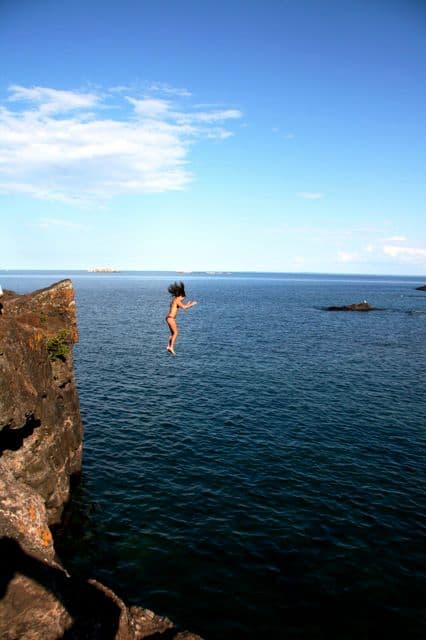 And for some final tips, I’m going to one of my Twitter followers, @juliamcgulia:

“Don’t think, just jump! A lot of people worry more about the jump and then when they do it they realize it’s not scary at all! Also, go on a warm day and have a blanket or towel for after. It is Lake Superior after all. 🙂 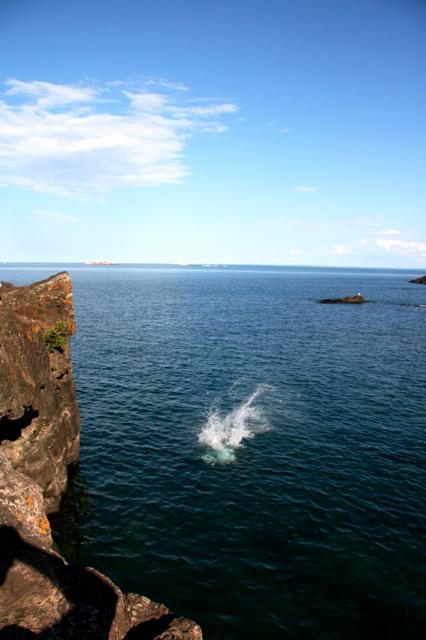 Bottom Line: Black Rocks is an awesome way to cool off on a hot day in Marquette.

Location: The tip of Presque Isle Park in Marquette

Map: To view Black Rock’s location on my map of the Upper Peninsula, click here.

Other things to note: If you’ve never been to Presque Isle Park, you could easily plan to spend half a day here. There’s the harbor, a great lighthouse, and tons of trails, black rocks… the list goes on.

Thanks to Jesse Land for contributing this article and photos.