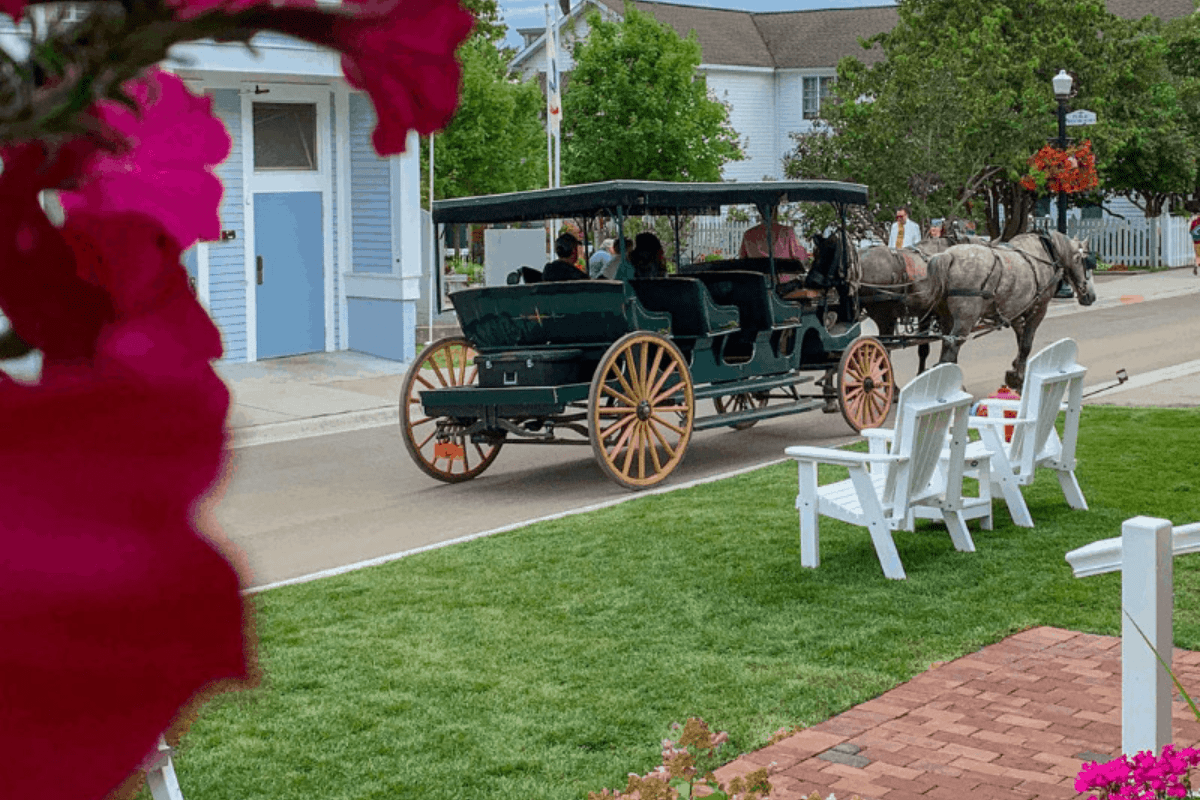 Especially if you love the outdoors, the Upper Peninsula could be your personal wonderland this spring. With that in mind, here are some springtime activities that you won’t want to miss.

Upper Peninsula Spring Things to Do on Isle Royale

North of the Keweenaw Peninsula and in Lake Superior is Isle Royale National Park. If you take a ferry to get here, you’ll have a paradise to explore.

For much of the year, the wildlife on Isle Royale roams unhindered. But the park is open to humans from April to October, offering opportunities for paddling, backpacking, and hiking. If you get to Isle Royale this spring, chances are good you’ll see lots of wildlife, including moose and wolves.

Upper Peninsula Spring Things to Do on the Keweenaw Peninsula

Michigan’s Upper Peninsula has a rich history of mining copper, and many of the mines have become tourist attractions. On these tours, you can see as much or as little of the mines as you want.

The Keweenaw Peninsula, in the northwestern-most part of the Upper Peninsula, is home to many of these old mines and allows visitors to see where tons of iron and copper were once extracted by miners.

The Adventure Mining Company, for example, offers three different tours, from a few different rooms to several levels down into the mine. The longer tour includes an underground lunch.

Quincy Mine Properties also offers year-round tours of a rich part of Michigan history that you won’t soon forget. The tour includes a half-mile underground tour, a museum, and a chance to see various cogs of the mining operation, such as a shaft house, rail tram, and steam hoist.

Upper Peninsula Spring Things to Do in Munising & Paradise

Tahquamenon Falls in the Spring

There are many enchanting waterfalls to see, but Tahquamenon Falls at Tahquamenon Falls State Park near Paradise should be at the top of your list. It’s one of the largest waterfalls east of the Mississippi River and more than 50,000 gallons of water drop each second from the Upper Falls to the Lower Falls.

The Upper Falls is 50 feet tall and 200 feet wide, and it’s known for its root beer-like color. The Lower Falls is 4 miles downstream and split into two halves, each more than 100 feet wide and 22 feet tall.

Pictured Rocks Waterfalls in the Spring

Whether you stay on the east side, go to the most northern point, or travel coast to coast from east to west, you’re never far from a waterfall in the Upper Peninsula.

Upper Peninsula Spring Things to Do in Sault Ste Marie

Another great springtime activity in the Upper Peninsula is heading to Sault Ste Marie to see the Soo Locks. On an average day, at least a dozen boats pass through the locks, and you get to see them up close. When one boat goes through, you don’t have to wait long for another to come along.

If you really want an up-close-and-personal experience, though, you can take a 90-minute tour through the Soo Locks to see what the ships experience when they come through. The seasonal tours reopen in mid-May after a winter break!

Upper Peninsula Spring Things to Do on Mackinac Island

No trip to the Upper Peninsula is complete without going to Mackinac Island. It’s accessible from either of Michigan’s peninsulas, but taking a ferry from St. Ignace is a popular choice among visitors.

There are so many spring things to do on Mackinac Island, and you can enjoy it without all the crowds! From the minute you set foot on the island, you’ll be enchanted by the sights, sounds, and smells.

The island famously doesn’t allow cars, but you can walk, rent a bike, or take a carriage ride to get around.

You’ll want to visit Fort Mackinac, a former military post on the island that has been fully restored. There are 14 different buildings with a variety of exhibits and costumed living history interpreters to give you a sense of what life was like in older times.

If you love nature, visit the Original Mackinac Island Butterfly House and Insect World. It’s actually one of two spots where you can walk among butterflies on the island.

The living museum houses butterflies native to four continents. Plus, you get an identification chart with admission, so you can identify the butterflies that you see.

Mackinac Island State Park is another great stop to make and covers more than 80 percent of the island.

Of course, no trip to Mackinac Island is complete without sampling (and buying) the famous Mackinac Island fudge. There are several renowned fudge makers on the island, offering a variety of delicious flavors.

If you really have a sweet tooth, you can buy freshly made popcorn and saltwater taffy too.

More Spring Things to Do in the Upper Peninsula

One of the great things about springtime in the Upper Peninsula is that you get the best of all worlds when it comes to weather. If you like snow, you can still do some late-season skiing while temperatures warm up. If you like warmer weather, then there’s plenty to explore once the snow melts.

The recipe is simple — a filling of beef, potato, and onion (and sometimes rutabaga) baked in a flaky crust. But this dish, known as a pasty, is the ultimate food for satisfying cravings in the Upper Peninsula.

Just about any restaurant you visit in the Upper Peninsula serves pasties, and locals will tell you that their favorite spots serve the absolute best pasties in Michigan.

Pasties are delicious any time of the year, but if you’re visiting the Upper Peninsula in spring, you have to try one!

Even though it’s not yet tourist season in the Upper Peninsula, there are several great Michigan spring festivals that you can attend.

The Keweenaw Peninsula is home to a variety of bird habitats and hosts the annual International Migratory Bird Festival. It includes a series of activities and events during the annual migration period in April and May.

If you’re still trying to squeeze out a few more drops of winter fun, the Great Bear Chase Ski Marathon near Calumet is a great way to do it. It has several events, including a 50-kilometer skiathon and classic and freestyle races. Participants of all ages are welcome, and it’s a great way to end the ski season.

If you’re really looking to get into the festival spirit, Mount Bohemia in Mohawk hosts Mardi Gras Madness every March. This event features live music, bead handouts, a pie-eating contest, a limbo contest, and a costume party.

Even for residents who live here, Michigan’s Upper Peninsula is an untapped paradise. If you’re looking for a new adventure this spring, it can be the ultimate springtime playground.

Whether you’re sampling pasties and fudge, touring mines, or getting a breathtaking view of natural wonders, there’s no telling how much fun you’ll have and how many lasting memories you’ll make while experiencing the best spring things to do in the Upper Peninsula of Michigan. 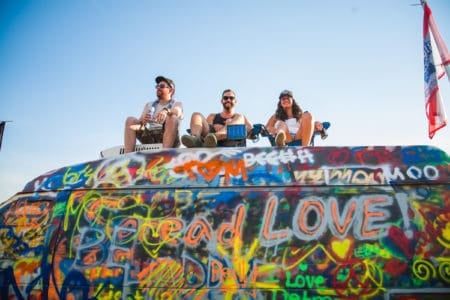 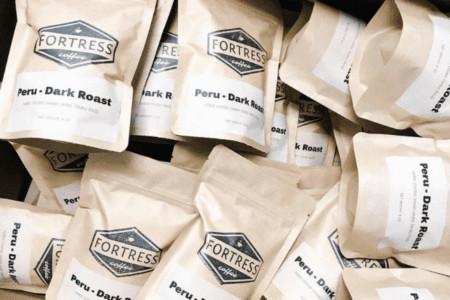 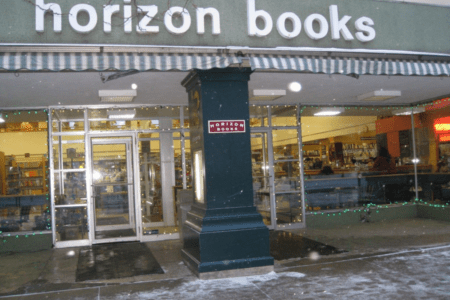 Books, magazines, music, authors, good coffee—Horizon Books is a place that has always, “Prided itself on being a person’s third place (the other place…

True to millennial form, I have a severe addiction to iced coffee, hot yoga, craft beers, and any food that is served on the… 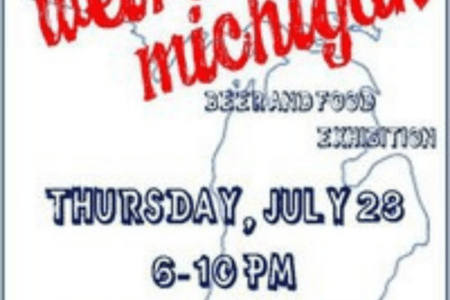