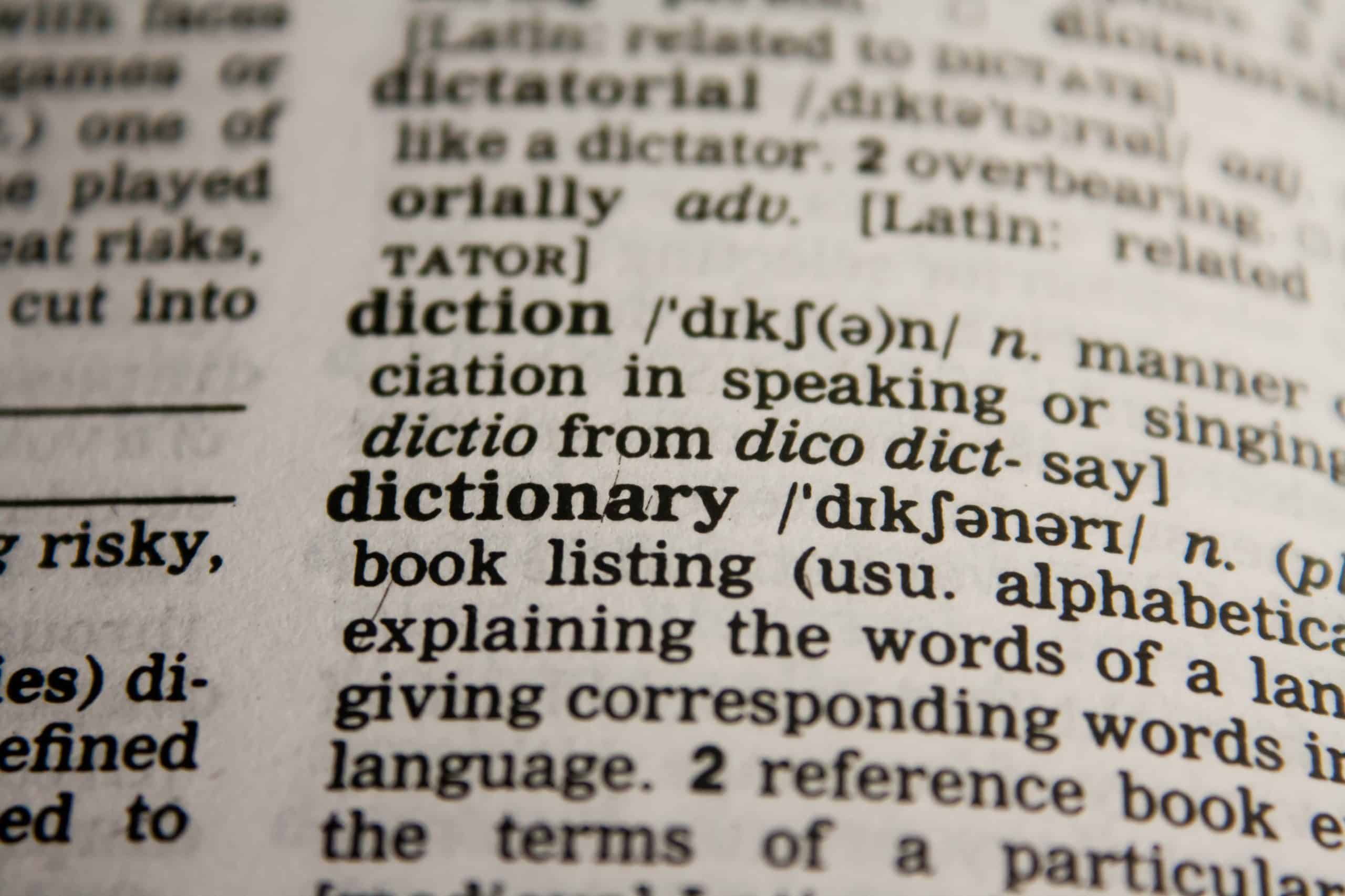 If you’re visiting Michigan, you might hear some terms that you’re not used to. We have our own language, and some of us don’t even know it. Michigan words, slang, and pronunciations have become part of who we are.

In 2015, Creator Team Writer, Kati Bethuy shared her thoughts on talking like a Michigander:

Mackinac. Livernois. Gratiot. How do you know you’re a Michigander? You can pronounce these words.

In 1995, a joke by Eric Weaver turned into multiple articles, interviews, and a website, MichiganNative.com, all discussing the Michigan accent. Many Michiganders don’t even realize they have an accent. But one look at Weaver’s website and it slowly becomes clear we have a major accent!

As a native Michigander myself, I never really thought about having an accent unique to my state. I just figured I had some midwestern accent, nothing exclusive to Michigan. Then I moved out of state and I realized just how different I sound compared to others around me.

It goes far beyond the “soda” versus “pop” battle and even includes something known as the glottal stop.

According to Weaver’s website, there are three core requirements for nailing the Michigan accent.

First, you must talk very quickly. Let’s be real, all Michiganders do!

Second, you must slur all of your words together. For example, “come here” can often become “c’meer” like it’s all one big word.

Lastly, there’s the glottal stop. The glottal stop is simply when us Michiganders don’t put the ‘t’ at the end of words. So, “apartment” becomes “aparmeh’ meh’” instead. We also tend to make a ‘t’ in the middle of a word into a ‘d’. “Nothing”, for example, becomes “nuddin”, because we also forget to add ‘g’s’ to the end of words. Think about it, you know you do this!

Don’t forget, as well, the Michigan way of telling time. In other parts of the country that I’ve been to, 1:45 would be “quarter of two”. But, us Michiganders replace ‘of’ with ‘to’, making 1:45 “quarter to two” or, in our accent” quartertatwo”.

Aside from all our quirky accent “rules”, there are also words that just don’t seem to be used outside of Michigan.

Take Euchre, for example. How many people do you know of outside of Michigan that know what this card game is (and play it by the same rules!)?

Then there’s the glovebox in your car. Everyone I’ve met outside of Michigan calls it a glove compartment yet, I have to say, I’ve never heard it called that back home. Heck, even my autocorrect says it’s not a word!

Also, if you go outside of Michigan, and ask for a party store, you will get sent to Party City, not a store with liquor like you really meant.

As if all that wasn’t enough, Michigan is full of just downright strange words. Let’s think back to that word Mackinac, shall we? Mackinac, Mackinaw.

Two different spellings, two different places, one pronunciation. I wonder how many out-of-towners we’ve confused with that one!

Then there’s the Michigan Left that confuses so many non-Michigan natives when they try to travel through our state.

And, while on the subject of driving, did you know we’re the only ones who go to the Secretary of State for our vehicle needs?

When we moved out of Michigan, I bought a new car. I had no idea what the DMV was until someone explained to me that’s where you go when you don’t live in Michigan.

All in all, we Michiganders have a very fun and unique accent. The next time you go on vacation outside of Michigan, listen to the people around you. Pay attention to how they talk and you might find yourself very surprised to learn that, hey, you have quite the Michigan accent!

Not only do we Michiganders have our own words, but we have our own way of pronouncing words that others use. It is quite ridiculous – and so very enjoyable! Read on to see if you recognize any spectacular vernacular idioms.

Top 10 Michigan Slang Words to Sound Like a Local

Keep reading to find out their definitions and how to accurately use them and sound like a true Michigander/Michiganian!

Citiots — It’s not the nicest Michigan slang, but this word is what locals of small beach towns call visitors from big cities — idiots from the city.

FIP and FOP — In Southwestern Michigan, locals use these terms to refer to visitors from Illinois and Ohio — “Friendly Illinois Person” and “Friendly Ohio Person.” Sometimes, though, the visitors are rude, so locals will trade the first word for an expletive.

Flatlanders — This word is what UP residents call visitors from the Lower Peninsula.

Fudgies — This is a nickname that locals — particularly those on Mackinac Island — call tourists who visit to buy and eat fudge.

Michigander — If you’re wondering, “What do you call a person from Michigan?”, the obvious answer used to be “Michigander.” However, there’s some contention over the use of “Michigander,” as others prefer a different term (see entry below). This may cause a semi-heated debate in the right circles.

Michiganian — Others prefer Michigander to refer to someone from Michigan, but this word could be used as well… unless it can’t.

Pank — In most parts of the nation, you may compress, flatten, or pack something. But in Northern Michigan, we pank it. We usually use this word when building snowmen.

Townies — Unfortunately, this is a derogatory term that visitors use in reference to locals.

Troll — UP residents use this Michigan slang for residents of the Lower Peninsula. It comes from the “Three Billy Goats Gruff” fairy tale in which the troll lives under the bridge. In this case, the bridge is, of course, the Mackinac Bridge.

Yooper — Anyone who lives in the UP is called a Yooper. And yoopers have their own set of words and Upper Peninsula slang that they don’t share with trolls.

Cloze — You might think that this pronunciation means “close,” but it actually means “clothes.”

Didja — We like to combine words in Michigan, and this word is a short way to ask “did you?”

Jeet — Rather than asking “did you eat?”, we shorten this common phrase to “jeet?”

Lookit — Another shortened phrase, this one means “check this out” or “look at this.”

Secretariah State — That’s not a misspelling. It’s just how we save time when saying “Secretary of State” which is our version of the DMV.

Yuh Guys — Whether we’re speaking to men or women, we use “yuh guys” instead of “y’all” or “you guys.”

Nukyuhler — With this Michigan pronunciation, we change the syllable in the middle of the word “nuclear.”

Kroger’s, Meijer’s, Walmart’s, etc. — We Michiganders like to add an “s” at the ends of names to make them possessive.

Realuhter — We don’t just pronounce “realtor” as it’s meant to be pronounced. We add a syllable in the middle.

The State of Michigan offers a comprehensive database of pronunciations for cities, townships, street names, and even notable people. It even includes brief audio files so you can hear how things are actually said in Michigan.

Charlotte — Unlike the girl’s name or the North Carolina city, this small town near Lansing is “shar-lot”.

Dowagiac — The “i” in this small southwest town’s name only affects the “g” but is otherwise silent: “doe-wah-jak”.

Gratiot — A popular fort to visit in Detroit, we forgot our French lessons again: “grash-it”.

Hamtramck — This Detroit neighborhood was on our 2021 #MIAwesomeList summer bucket list for its art scene, but did you know there’s a hidden syllable in its name? “Ham-tram-ick”.

Keweenaw — Flip-flip the long “e” in the first two syllables of this peninsula on the Upper Peninsula’s northern shores: “kee-we-naw”.

Kitch-iti-kipi — Keep the “i”s short, except for the last one: “kitch-iti-kip-ee”. Bonus if you’ve been there!

Lake Gogebic — This largest inland lake in the Upper Peninsula’s name gets frequently slaughtered by non-Michiganders. You’ll want to know that it’s “goh-GE-bick”.

Lake Orion — Forget what they taught you in astronomy. This northern Detroit suburb is “Lake Oh-REE-en”.

Mackinac/Mackinaw — The city, the bridge, and the island – while they may have different spellings, their pronunciations are the same: “mack-in-awe”.

Ocqueoc — The largest waterfall in the Lower Peninsula, you’ll want to plan a summer trip to splash in the pools at “ah-key-ock”.

Differences With the Michigan Accent

For — We make this word sound like “fir,” as in that of an animal.

Mirror — You really hear “meer” when we say this word.

Milk — When Michiganders use this word, it comes out sounding like “melk.”

The Joe — This affectionate nickname is a reference to Joe Louis Arena. It’s demolished now, but it was the home of the Detroit Red Wings for a long time.

Little Brother — University of Michigan fans have given this nickname to the football team at Michigan State University. This stems from Michigan’s lopsided win record against the Spartans. Michigan’s 2007 running back, Mike Hart, first uttered this phrase at a press conference.

Octopus — Typically, “octopus” only refers to the cephalopod with eight tentacles that you find in the ocean and some North American rivers. In Michigan, though, some locals sneak octopus into Little Caesars Arena to throw onto the ice during hockey games.

Walmart Wolverine — Michigan State University fans use this controversial nickname for those they think are bandwagon fans. It comes from the extensive collection of merchandise that the supermarket chain carries.

This was an expansive look into some very interesting Michigan words, pronunciations, and slang. These only make our state and Michiganders more endearing. However, we probably missed some.

Tell us which ones we missed and which ones are your favorites in the comments.

Thanks to Jennifer Hamilton and Gabe Aikins for contributing to this article. 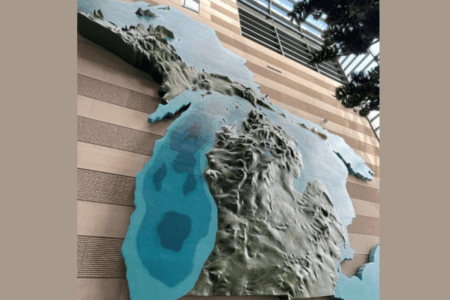 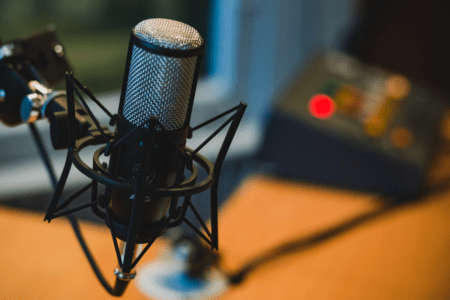 Whether you’re on the go for work, hitting the gym, or doing chores around the house, there’s always time to listen to a podcast…. 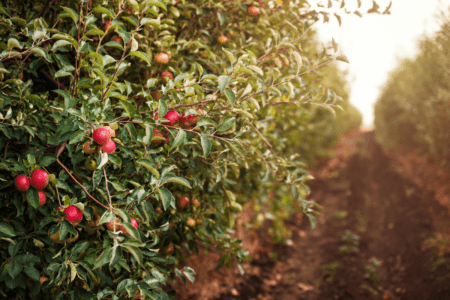 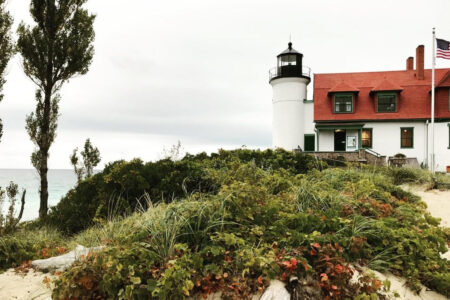 Point Betsie Lighthouse has a special place in Benzie County. Located in Frankfort Michigan, this place wins the award for the oldest structure that… 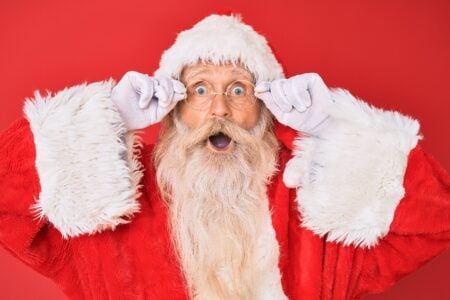 One of Michigan’s more affectionate nicknames is “Water-Winter Wonderland” because it has one of the most visually stunning landscapes during wintertime. That also makes…