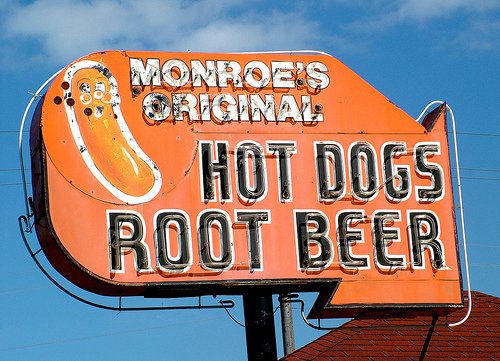 There are few things as evocative of America in the Fabulous Fifties as an old-fashioned, drive-in restaurant. Monroe’s Original Hot Dog Drive-In, on W. Front Street in the town of Monroe (about half way between Detroit and Toledo on I-75), first started as an A&W Restaurant more than 75 years ago, under the ownership of a gentleman named Delmar Groves. During his ownership, the A&W chain decided to start serving fuller menus in its restaurants. These new menus included hamburgers and fries, but Mr. Groves decided he wanted to keep his restaurant in a more traditional “hot-dog stand” style. Secondo and Kathleen Fanola kept this tradition when they purchased the restaurant from Mr. Groves in 1976, and it is now owned by Joe and Misty Fanola. To this day, Monroe’s Original Hot Dog Drive-In serves only hotdogs, chips, and beverages, reassuring customers that this restaurant has every intention of staying true to its roots.

Open daily from 11am until 9pm, this restaurant is famous throughout the United States for its hotdogs. Not only do people travel from far away to get a delicious dog and enjoy the drive-in experience, they also know that this restaurant serves delicious, old-fashioned root beer in a frosted mug. Employees, who are called “carhops” at drive-in restaurants, serve customers in the traditional, drive-in manner by bringing their food out to their automobiles. Sadly, drive-in restaurants are a rarity these days – they reached the peak of their popularity during the 1950s when automobile ownership became widespread among working families. The first one opened in 1936 in Glendale, California, and the concept spread quickly across the nation thereafter. Some restaurants still have their patrons’ food brought out to their cars by servers on roller skates – no easy feat!

With a perfectly steamed bun and a selection of toppings and sauce, every hotdog on this menu is worth trying. If you are looking for a simple and straightforward dining, then Monroe’s Original Hot Dog Drive-In is the place for you. The restaurant is family friendly, and kids will have a blast with all the hotdog characters and jingles. Monroe’s Facebook page is packed full of great deals, which vary depending on the season or holiday. Currently, they are featuring a “back-to-school” special that allows you to stock up on 20 hotdogs for $20 to provide an exciting treat in your child’s lunch box (similar deals are available on smaller quantities).

Their Facebook page also features useful information such as driving directions and rave reviews from ardent fans. That this is a cash only establishment simply adds to its authentic charm, so stop by, stay in your car, and have a hotdog brought to you in 50’s style! 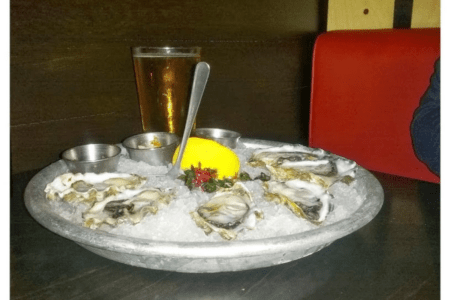 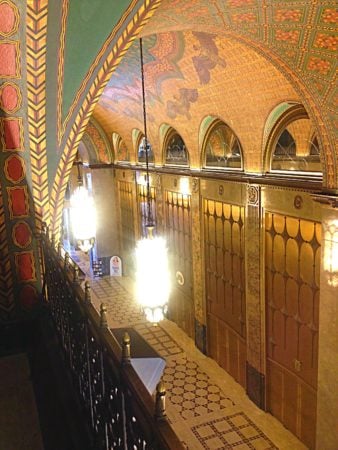 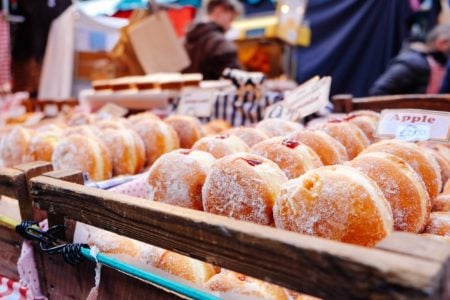 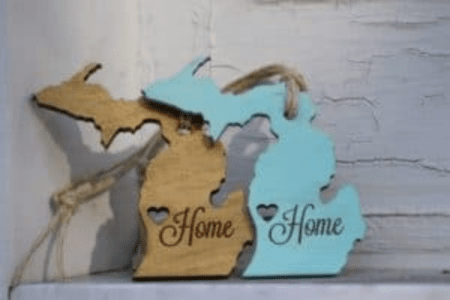 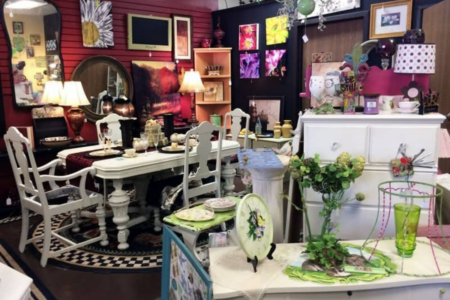 If you’ve ever found yourself in the throes of decorating a new home, you may understand the struggle it takes to pull a room…