Do a Google search for “Brown Fisheries Fish House” and you’ll find five-star ratings from sites like Urbanspoon, Yelp, and TripAdvisor. They’ve also been written up in The New York Times, The Detroit Free Press, and various other national publications.

Not bad for a little family-owned restaurant in Paradise, Michigan. 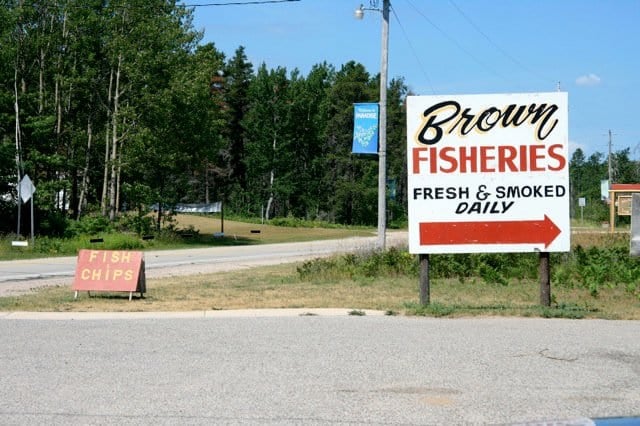 The fish Brown’s serves is as fresh as it comes. Our waitress broke it down like this:

“We’re a third-generation commercial fishery and we only serve fresh fish. We go fishing every morning. If we don’t have fish, we don’t open. If we run out of fish, we close early.”

In other words, when you eat at Browns, that whitefish nestled in your fish and chips basket was swimming in Lake Superior while you sipped your morning coffee. 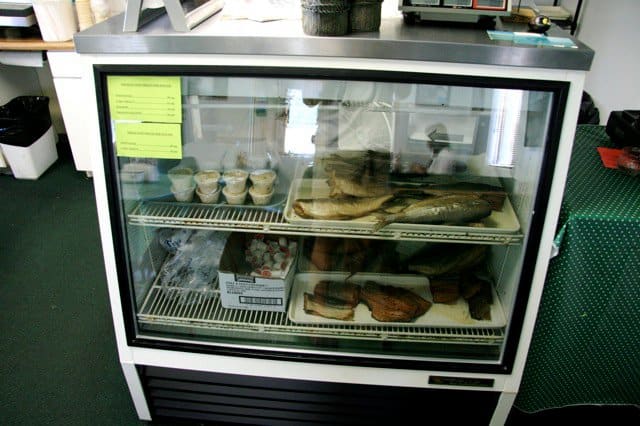 And believe me, you can taste the difference. The perch was also good, but solid whitefish can be difficult to find away from the shores of Lake Superior, so I’d recommend opting for the local specialty.

My wife and I ate at Brown’s while sightseeing around the Tahquamenon Falls Area.

We showed up at 11:30 AM thinking they’d be open for lunch but the restaurant looked empty and the parking lot was vacant. We consulted a sign on the door, learned they opened at noon, and decided to kill some time exploring Paradise.

Well, Paradise, Michigan isn’t exactly a metropolis so we ended up back at Brown’s just a few minutes later. We gazed longingly at a dark neon sign in the restaurant’s front window, waiting for it to flicker to life.

And, as many of you know, it’s not wise to get between a hungry pregnant woman and her lunch. Such was my mistake here.

“Are you sure this is the place?”

“Pretty sure,” I said. She glared at me.

“But didn’t you say they don’t always have regular hours? Something like, they don’t open if they don’t have fish?

She sighed deeply, probably questioning her choice in a husband.

Then, right at noon, the sign lit up and we eagerly stepped inside, their first customers of the day. (Thank you Brown’s for having fish that day!)

I had the whitefish basket and my wife had the perch basket. The setting and the presentation are basic, but the fish was amazing. The whitefish I had at Brown’s absolutely possessed flavors above and beyond any whitefish I’d had before, and I’ve had my fair share.

By the time we left about a half-hour later, the place was jam-packed with people from all over the country, all of them raving about their meals. And as we pulled out of the parking lot and made our way North to Whitefish Point, even more eager diners arrived, hungry for some of Brown’s famous fish. 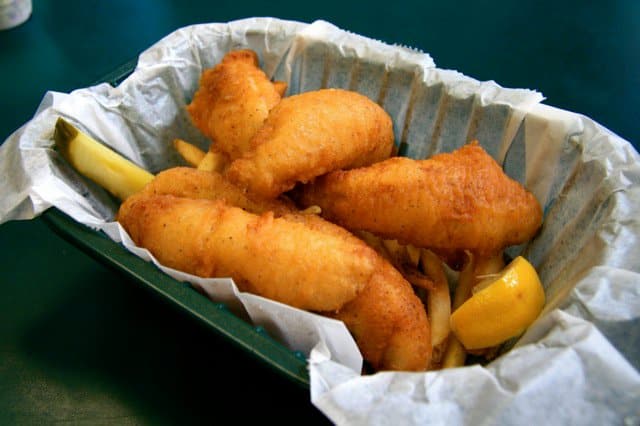 Bottom Line: If you like fish, you need to get to know Brown Fisheries Fish House in Paradise, MI.

Other things to note: Bring cash, credit and debit cards are not accepted. The smoked fish dip and fish chowder are also must-try items if you like those sorts of things. One of Mackinac Island’s hidden treasures, the Island Bookstore is a must-visit destination for bookaholics and bibliophiles. What are your top 7 desert island…