Wondering which landmarks Michigan is famous for? Here are all the answers and some facts behind them you might not have known. 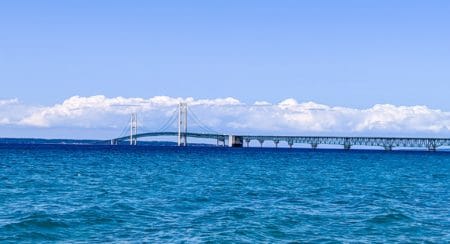 This 5 miles long bridge connects the lower and upper peninsula. The Mackinac Bridge was opened in 1957 after 3 years of construction. 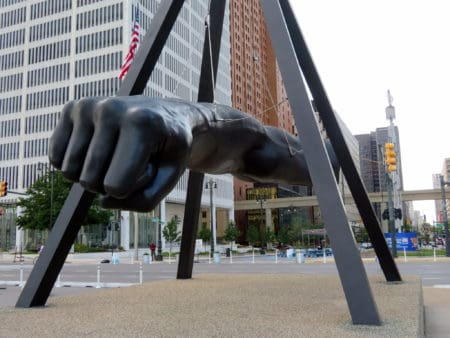 Joe Lewis Memorial dedicated on October 16, 1986 in Detroit’s Hart Plaza, is a memorial to his punch both inside and outside of the ring. Not only was Joe Lewis a notable boxer, he also made endless statements against racism. 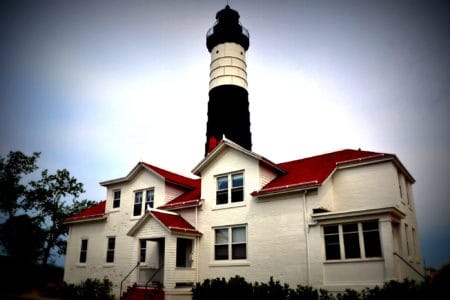 The Big Sable Lighthouse, black-and-white striped, standing at 112 foot at the Ludington State Park stands proudly on the shores of Lake Michigan and remains a testament to lighthouse keepers of the past. 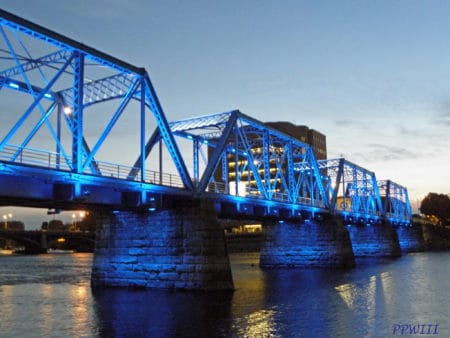 The Blue Bridge stretches across the Grand River with access points next to GVSU’s Eberhard Center and the Grand Rapids River walk near Plaza Towers. The bridge was originally constructed in 1892 as a railroad bridge, but now has been converted into a pedestrian walk. The Blue Bridge is iconic to the city and is the one of the longest truss bridges in Michigan. 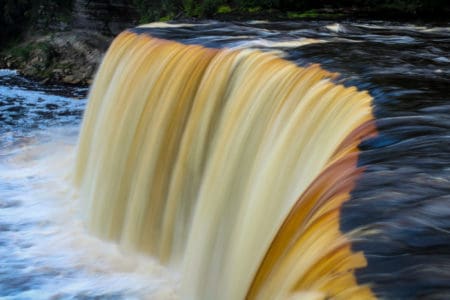 Tahquamenon Falls State Park encompasses close to 50,000 acres stretching over 13 miles between Newberry and Paradise, Michigan. The water is notably brown in color from the tannins leached from the cedar swamps which the river drains. 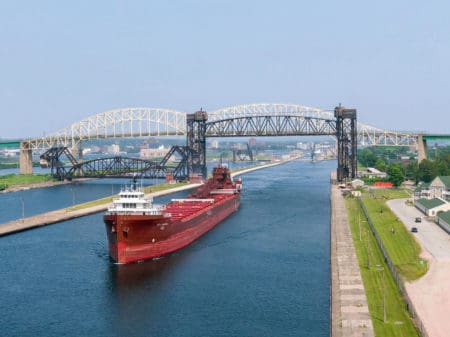 Affectionately called the “Linchpin of the Great Lakes” by the United States Army Corps of Engineers, the Soo Locks are an engineering marvel with roots dating back to the mid-1800s. Roughly 7,000 vessels pass through the Locks yearly hauling nearly 86 million tons of cargo. 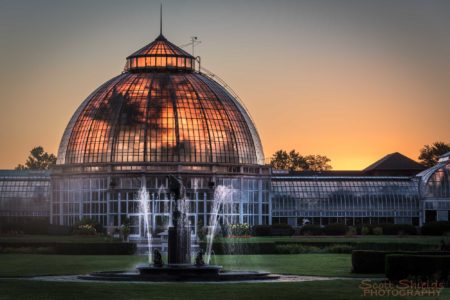 Since 2011 the Belle Isle Conservatory has been working to preserve the beauty, natural history, and unique character of Belle Isle. 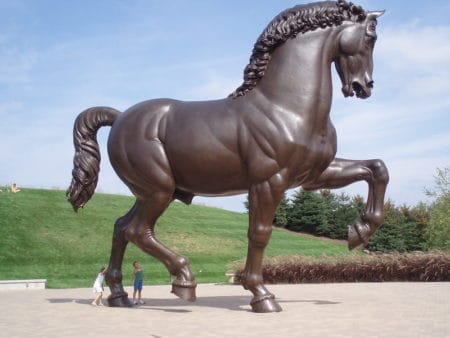 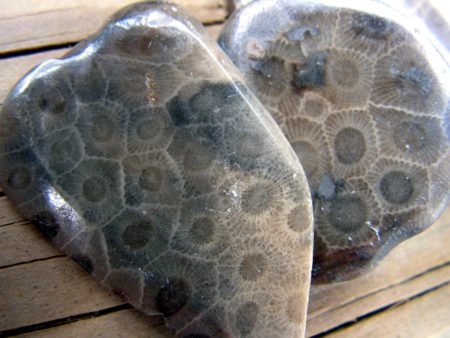 The Petoskey Stone is likely named after the location they are often found, Petoskey, Michigan. It is a fossil colonial coral that lived in the warm Michigan seas during the Devonian time around 350 million years ago. 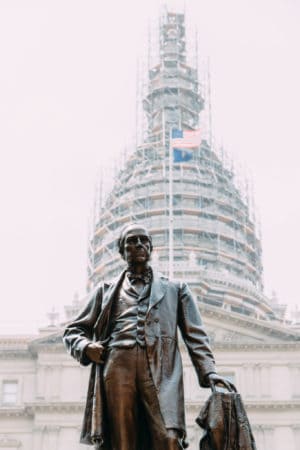 Austin Blair was the 13th governor of Michigan from 1861 to 1864, during the height of the Civil War. As a state representative, Blair was a key supporter in passing legislation in 1847 to outlaw capital punishment, making Michigan the first in the nation to do so. Blair will also be remembered for being a staunch abolitionist, and fought the expansion of slavery in the U.S. He later led efforts to give women and black citizens the right to vote. 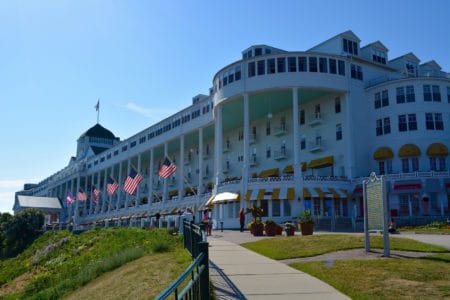 Grand Hotel first opened its doors in 1887 as a summer retreat for vacationers who traveled to Michigan by train, and came to Mackinac Island via steamer and boat. Today, this National Historic Landmark continues to beguile guests with old-world hospitality and charm, inspired enhancements, and a heritage to be preserved for generations to come. 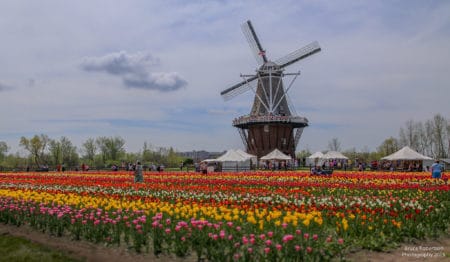 Dutch Village was built by a dutch family, the Nelis, in 1952 as they came to America in search of rich farm land. They have been a family owned business since currently on their third generation of leadership. 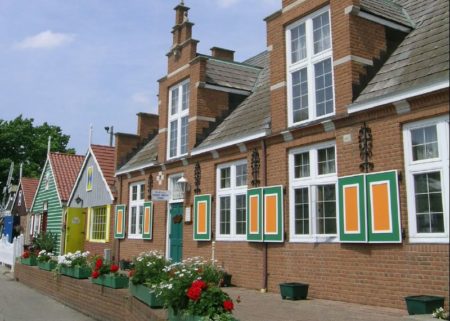 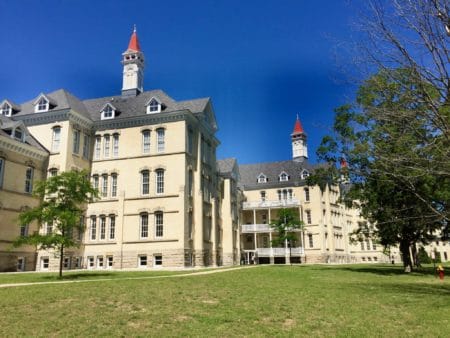 In November of 1885, Traverse City State Hospital opened to receive their first patients. At the time called Northern Michigan Asylum, this facility housed patients from over 39 counties and the demand for rooms was overwhelming. The asylum closed in the 1960’s and this building was turned into The Village at Grand Traverse Commons. The Village is a place to shop, eat, work, play, and explore. 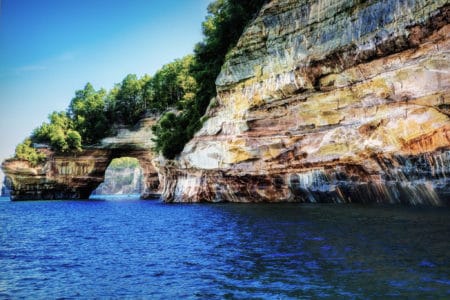 Pictured Rocks was first documented in 1659 though not established as a National Lakeshore until October 15, 1966, making it the first designated lakeshore in the United States. 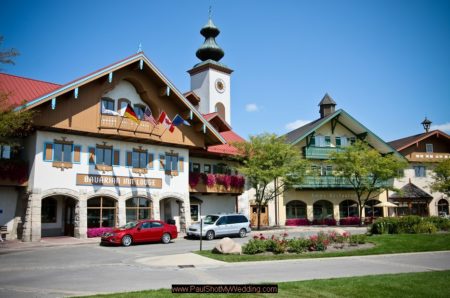 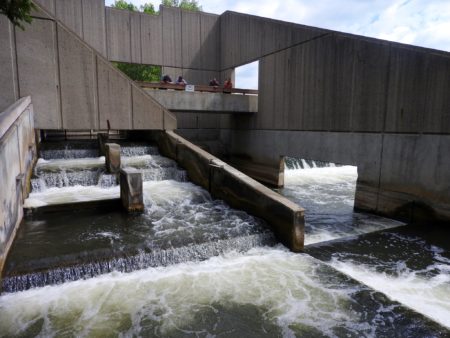 Michigan’s Sixth Street Dam the migratory population of salmon, steelhead, and even carp were suddenly unable to undertake their yearly upstream journey. The concrete fish ladder at Fish Ladder Park was created to give the swimmers a leg up, and provide visitors with a chance to see the leaping fish in action.