Detroit’s small businesses and entrepreneurs are thriving, perhaps especially restaurants and food-focused ventures. However, 2014 has been called the year of the restaurant and the trend continues in 2015. This Eater Detroit overview presents 15 of the most notable recent restaurant openings of 2014. Places like Selden Standard, Antietam, and Wright & Co. offer incredible, […] 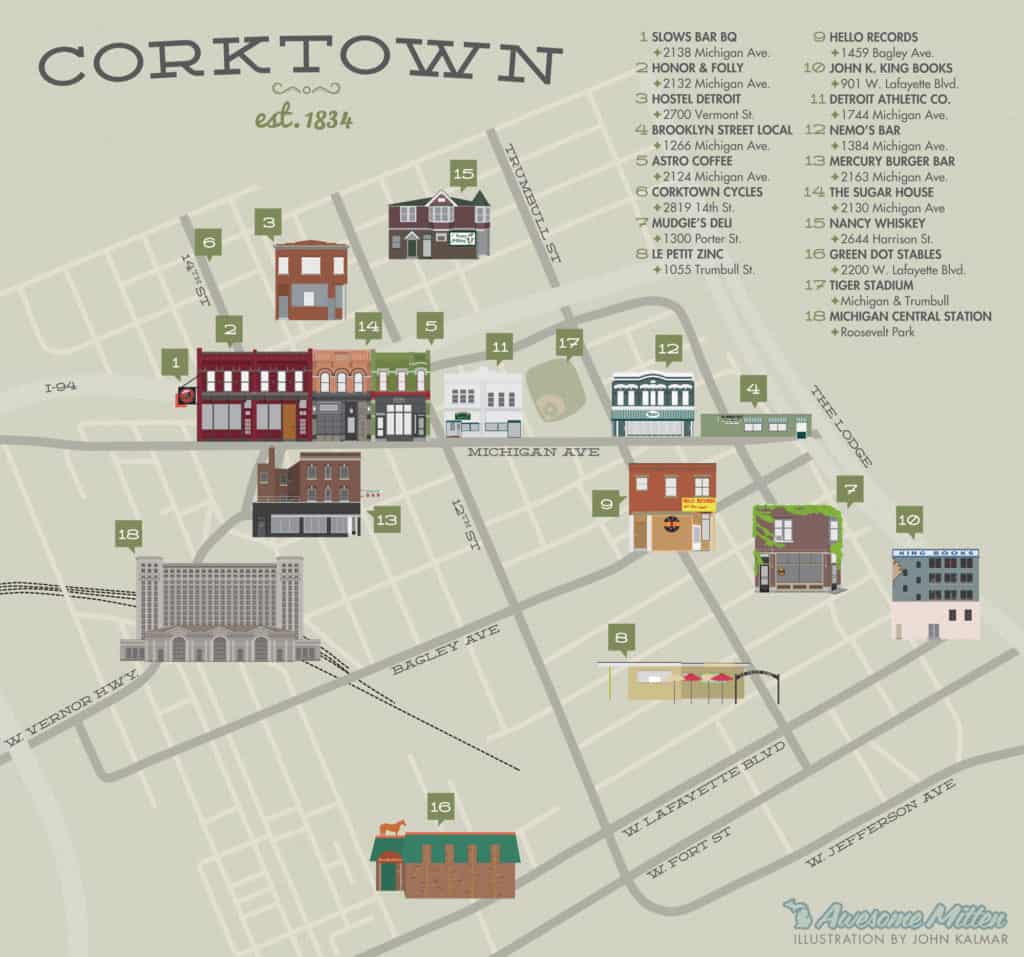 Detroit’s Corktown district is the city’s oldest neighborhood, originally settled in the 1850s by Irish immigrants escaping the potato famine.  The neighborhood’s name comes from those first settlers; most of the Irish came from County Cork, thus “Corktown.”  In previous generations, visitors would descend upon the area for two of its now-defunct icons:  Michigan Central […]

Falling for Michigan | Fall in Michigan