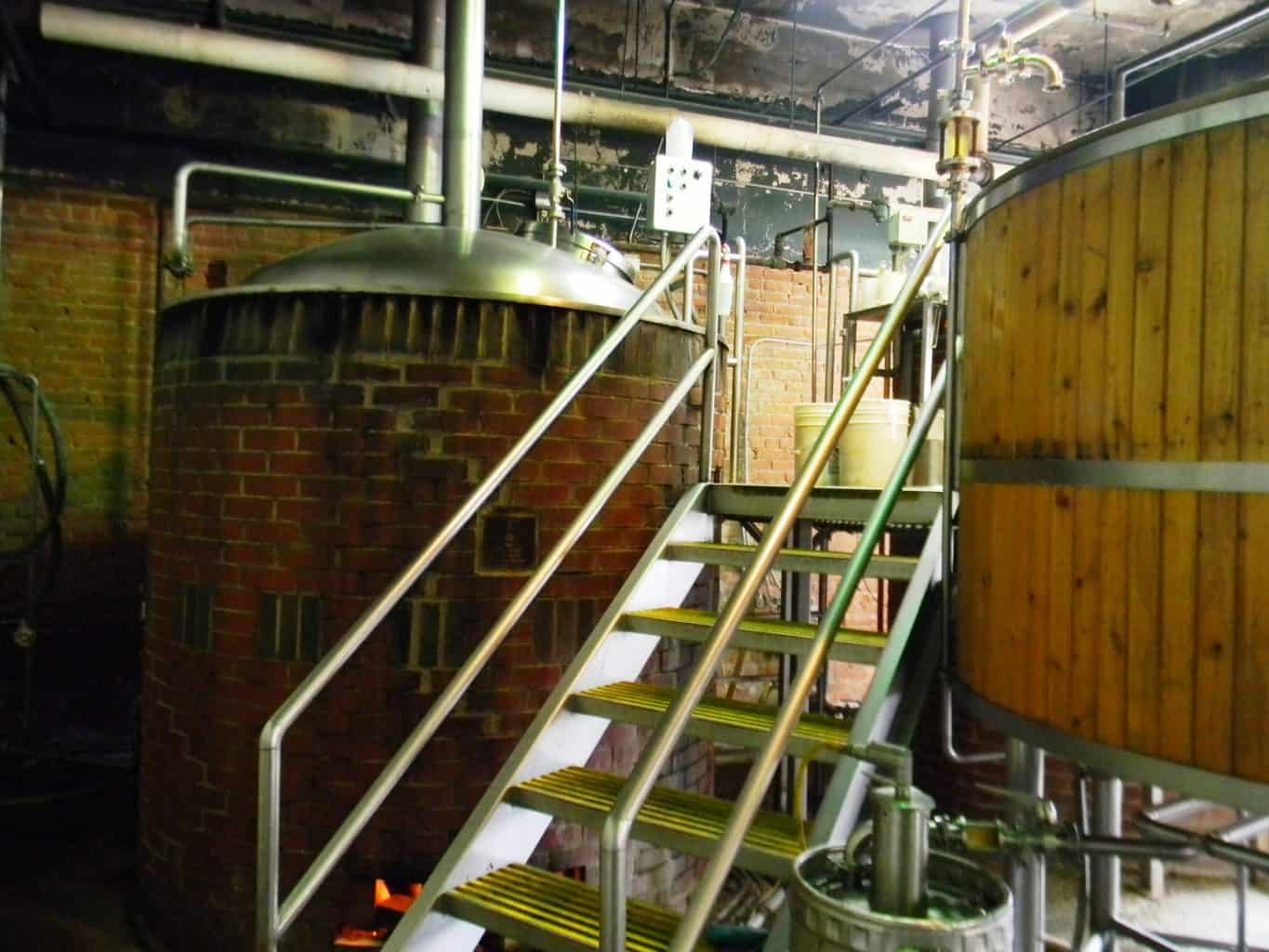 “Beer: proof that God loves man.” I’m sure you’ve heard that one before. Whether or not the hoppy libation is actually tangible proof of divine adulation is not something I’m prepared to discuss in this article. However, you’d be hard-pressed to miss the recent bumper crop of breweries sprouting around Michigan. In 2011, according to the Brewers Association, Michigan was home to 102 breweries. So far in 2013, by my count, there are 128 breweries currently open with at least 4 more that I’ve heard of opening this year. So, I’m recapping a select few every month. This month’s beer tour focuses on the I-94 corridor between Jackson and Paw Paw, moving east to west.

The wine industry hit Michigan full force about 15- 20 years ago. Hometown vineyards popped up around the state, offering wines produced by Michigan-grown grapes and other fruits. Recently, a number of them have added a brewing component to their repertoire. If you’re familiar with St. Julian Winery, this is the old location. Like a lot of winery/brewery combinations, Bad Bear focuses on using local malts and hops in their production. A 1 barrel system doesn’t kick out a high volume, but it does allow for a quick turn over in variety of high quality beers. They’ve also become something of a local entertainment spot. When I visited they were getting ready for a concert later on that evening.

Beer to try: though the Irish Red is the proclaimed house favorite, I’d recommend the Polish Breakfast Stout. It starts off with a whiff of coffee, followed by a coffee taste, mixed with honey liquor and the hint of oak to round out the whole thing. It’s aged in pinot noir barrels for 10 months, which mellows down the hops quite a bit.

Dark Horse is the best kind of brewery- compact, cozy, and crawling with regulars. There’s a jukebox next to the door and the taps are a bric-a-brac of objects rather than wooden handles- including a gun from a Star Wars storm trooper. The walls are literally covered with the mugs of mug club members. With over 4,000 members, they may have to expand the taproom just to accommodate the mugs. The beers are a rich assortment that range from the Crooked Tree IPA to the Raspberry Ale to the Scotty Karate Scotch Ale. You’d better have your big kid drinking pants on though; with only one beer under 6% and percentages up to 14%, these beers are not for the low of tolerance. Goals for Dark Horse include implementing a sour program, opening a creamery, and taking over the world.

Beer to try: the Bourbon Barrel Plead the Fifth. If you can get to the VIP lounge (take the tour), you can get this bad boy on tap. They took their normal Plead the Fifth Stout and aged it in bourbon barrels to add a sweet bourbon base and a pleasant medium mouthfeel. According to RateBeer, its number 40 out of the top 50 beers in the world. Good enough for me.

Located in downtown Battle Creek, Arcadia Ales is probably best known for Whitsun. This pale wheat ale is a summer favorite and one of two beers Arcadia distributes in cans. Arcadia specializes in English ales. Currently, they brew on a 25-barrel Peter Austin Brewery that allows an authentic flavor. They’re planning a brewery expansion to a 50 barrel system. English-style ales aren’t the only things that Arcadia does right; while visiting I had a portabella brûlée that made me melt. The menu also features many sandwiches and truly tempting entrees.

Beer to try: Starboard Stout. At 5.6% alcohol, this stout is dangerously sessionable. Served on a nitro tap this stout has a wonderful creamy mouthful that compliments a pitch perfect blend of chocolate tones, mild malts, and just a hint of hops.

Olde Peninsula opened 17 years ago, back when no one knew what a brewpub was- including owner Steve Blinn’s wife. Fast forward to the present and Olde Peninsula is a standard in the downtown Kalamazoo landscape. This neighborhood favorite offers a full menu including (hallelujah!) a section dedicated to the non-meat-eating in addition to, among other things, walleye, salmon, and London Broil. With no ambitions to distribute, Olde Peninsula maintains an annual 750 barrels of production. However, they do parcel out the brews in growlers. A word to the wise; if you expect to get any of their delicious pumpkin you’d better show up early or wait for the next batch.

Beer to try: Gingerbread Porter. One of my main gripes about fall beers is that brewers think: spiced fall beverage= hops. Not so with Gingerbread Porter. Releasing gingerbread fumes, this porter delivers with cinnamon and ginger spices and just a sprinkling of hops at the end.

I’ve really enjoyed both times I visited Paw Paw Brewing Company. This hole-in-the-wall bar more than holds its own in quality. The pub has a loyal local following and a warm, inviting atmosphere. At their two-year party in January they also celebrated the launch of a distribution program featuring the St. James English Ale, the Black River Oatmeal Stout, and Jake’s Vanilla Bean Porter. After just two years, they’ve already outgrown their pint-sized taproom and have plans to expand their space this spring. For a brewery that started on what essentially amounts to a homebrew system, they have big plans for expansion. However, they refuse to sacrifice quality for quantity and foresee tightly controlled progress.

Beer to try: 8 month Barrel-Aged Sour St. James. This is the perfect beginner’s sour. It has a light fruity, almost cider-y taste and that special twist that makes a sour beer so unique. However, it lacks the heavy Belgian funk that deters a lot of first-timers.

Notice that I didn’t include Bell’s? Never fear my astute ale appreciators; that’s because I haven’t visited yet on my Year of Beer tour. The awesome thing about Michigan is that there are so many breweries. 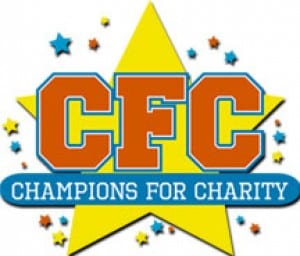 “Running is the space in my day when I feel the most beautiful – when I don’t feel judged by others. And that’s what… 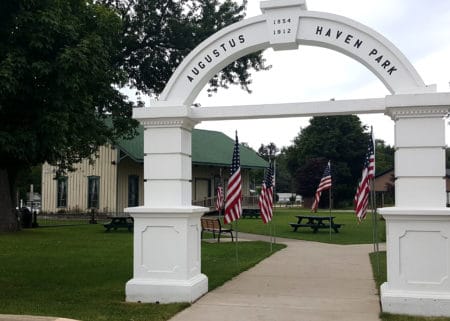 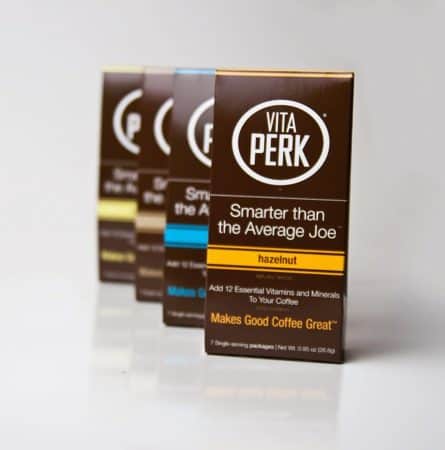 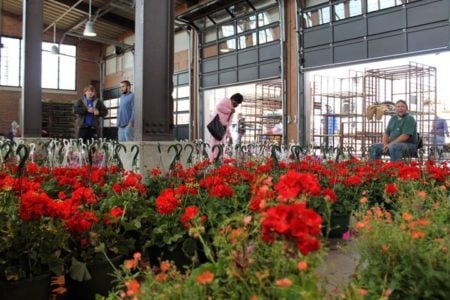