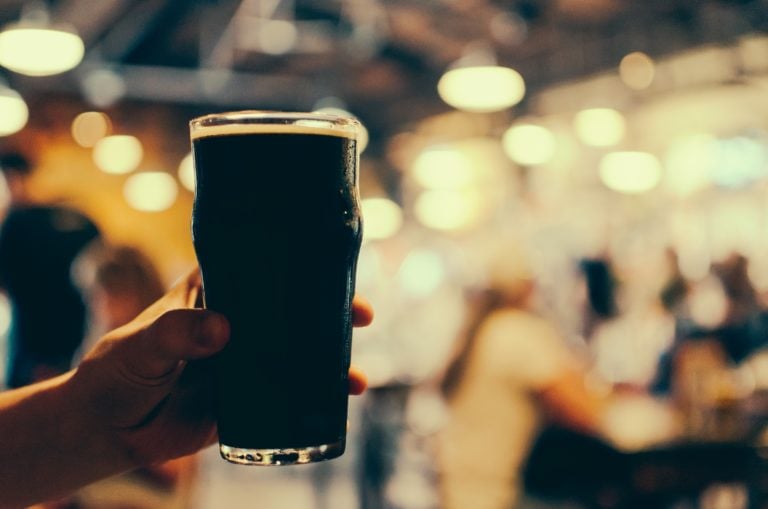 A Perfect Michigan Beer Gift Guide for the Holidays

Looking for the best Michigan gift ideas for every Michigander (or Michigander at heart) on your holiday shopping list? We’ve curated the Ultimate Michigan Gifts Guide and are fine-tuning it weekly!

Alright, let’s be honest here: We all love Michigan beer! With the number of breweries growing at a faster rate than ever, it’s hard to choose the perfect beer, especially for this winter giving season.

Michigan has got its craft brew going on, and what better way to celebrate the holidays than by gifting some Michigan beer, or gear!

Top Michigan Beer to Gift at the Holidays

Other Michigan Beer Gifts for the Beer Snob:

Let’s be honest here; drinking isn’t the only part of being “into” beer. Books, glassware, and more are becoming increasingly more available from breweries and big-name stores.

Ann Arbor Beer: A Hoppy History of Tree Town Brewing – Written by David Bardallis, this book dives into the history of Ann Arbor beer, and shows you how breweries like Arbor, Wolverine, and more came about, and what came before them.

Tickets to the Michigan Brewers Guild Winter Beer Festival – Arguably the best beer festival in the state, Fifth-Third Ballpark gives host to nearly 500 beers from Michigan. There’s only one way to warm up in February — a nice, dark stout. Tickets go on sale Dec. 1 at mibeer.com — but be quick — last year, tickets sold out in less than 13 hours.

The Michigan Beer Film – Created by Rhino Media, this new film digs into Michigan beer — hops, breweries, beer lovers, and more. If you are even the slightest bit interested in craft beer, you’ve gotta watch this! You can purchase the DVD at mibeerfilm.com.

Blackout Boards Growler Carrier – With the snow and cold already upon us, we can’t risk dropping a growler with our gloves on! Blackout Boards’ growler carrier features a etch of the state of Michigan, and is super heavy-duty, being able to hold two growlers.

#MichiganBeer Clothing – This has gotta be some of the coolest clothing in Michigan for beer. There are a few different t-shirt designs, available in various colors.

Michigan Mitten Beer Bottle Opener from Michigan Brew Supply – Let’s face it. Michigan has the best looking curves in the union. Who wouldn’t want to open a local craft beer with an opener this handsome? Every opener comes tucked in a hand-stamped, recycled paper credit card sleeve. Made of 100% stainless steel and manufactured right here in Michigan.

Bell’s Inspired Brewing® Bar Gift Set – Have a friend who is looking to spruce up their home bar? This gift set comes with several different types of glasses, bar mat, bar towel, coasters, and more!

Brewed In Michigan Sticker – In love with all of Michigan’s breweries? Then this is the vinyl sticker for you!

Bell’s Plush Can Dog Toy – Got a pup who wants in on the action? This plush can dog toy is perfect for the Michigan Beer lover’s best friend.

With that, I give you your perfect Michigan Beer Christmas. Don’t forget to stay tuned to MittenBrew.com for all the latest in Michigan craft beer!

~Bryan Esler: Web designer by day, beer nerd by night. A lover of dark and sour beers, Bryan is a co-founder of MittenBrew and a freelance photographer. During the day, Bryan works at Mindutopia, a full-service web development firm, as partner and creative director.