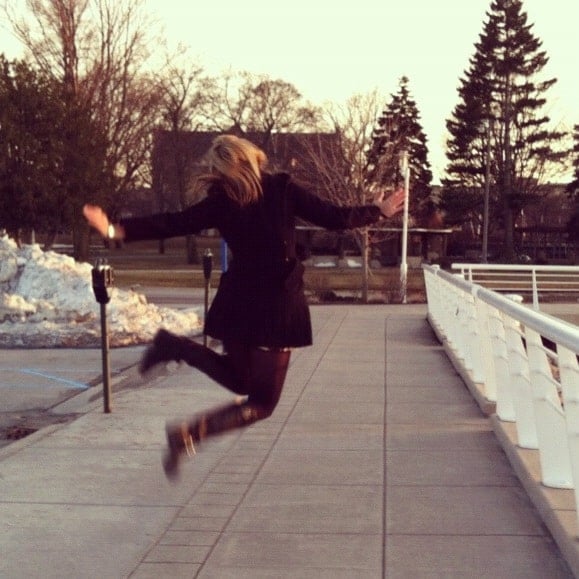 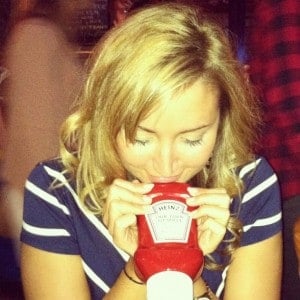 This is close to impossible to answer. That’s like asking if I like ketchup or tomatoes more. Let me highlight what I like best about each city:

Detroit is fast paced and high energy. I have way too much to do all the time and I love it. There are so many opportunities to get involved in different organizations, it’s hard to choose which ones to say yes to.

Grand Rapids has so many young, innovative people that it is impossible not to be constantly inspired. Also, Art Prize. Need I say more?

And then there’s Traverse City. King of outdoor adventures. Endless running trails, lakes/rivers for kayaking and cabrewing, and so much fresh air. Each season boasts a completely different set of activities, which is EXACTLY why I love Michigan.

2.) Most surprising thing you’ve discovered about the Detroit area since moving there last month:

The sidewalks! There are literally sidewalks everywhere I go, it’s mind blowing. In Traverse City, I was always walking through weeds and weird plants to get where I needed to go, then ended up with prickly burs sticking to my clothing. But in Detroit, it’s all paved!

Also, the Groupons. Um, permanent makeup? Why? And 30% off a Coach dog collar. What? My dog takes his collar off and tries to run away. I’m not going to spend money on such silliness.

But seriously, Detroit is way nicer than what everyone outside the area views it as. I heard a lot of negative things about Detroit before moving here, someone even gave me an ice pick for protection before I moved! But I’ve experienced so much generosity and kindness so far, and I’ve only been here a month. 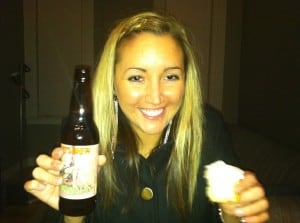 3.) Favorite place to eat in each city you’ve lived?

How do you expect me to answer this question? Do you mean favorite breakfast, lunch, or dinner? This question should have been separated into categories.

Grand Rapids – The Winchester. The Black and Bleu tastes like MAGIC. It goes well with peach cider, accompanied by peach schnapps.

Detroit – A place called Social in Birmingham (we should feature them! The owner/chef is only 24 and is a very attractive young gentleman)

Traverse City- The Red Ginger, such a fun atmosphere with excellent sushi. AND a bartender from Ireland. Ok thanks.

4.) Favorite place to drink in each city you’re lived?

Another vague question, what kind of night am I having? Am I just having a few beverages or staying out all night?

Traverse City -Let’s start at the Red Ginger for their Red Dragon martini, then head to Firefly for some 1.75 Gin (allllll well drinks for 1.75 during happy hour, actually), then head to Kilkenny’s for excellent brewed beer and live music.

Grand Rapids – Start with some sangria at Rockwell’s/Republic, then go to a Griffin’s game for $1 beers and hotdogs (because people don’t actually go to watch the games), then Hopcat is a must, because they have the best spicy beer around!

Detroit- Somehow, I always end up starting my evening with a marvelously dirty martini at Red Fox. (My New Year’s resolution was to like olives, and martinis have helped me reach this goal). The Royal Oak Brewery has superb beers and a fun patio in the summer. The piano bar in Royal Oak is extremely entertaining and energetic, and then there’s Tequila Blue above it, which is the Detroit equivalent to McFadden’s in Grand Rapids. That’s all I have to say about that. 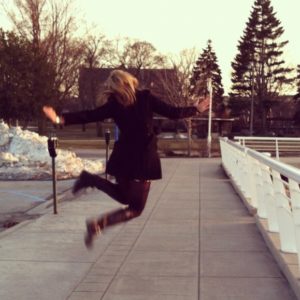 5.) Why have you stayed in Michigan?

THE SEASONS! And the people. Duh. Michiganders really have a good energy and seem to appreciate our awesome state almost as much as I do. And I love winter. As we all know, winters are loooooong in Michigan. There are probably more outdoor activities to do in the winter than in any other season.

6.) What’s your favorite thing to do in Michigan in every season (Fall, Winter, Spring, Summer)

Fall-tailgate! Nothing is more exciting than a live, college football game. The atmosphere is ridiculous, in the best way. So many people brought together to share their love for beer, football, and bad decisons. I love it.

Spring- Um. Fall in puddles? I’m not sure. Roll the windows in your car down for the first time in a long time? Spring in Michigan is a little sloppy. Things flood, I’m a little clumsy. Not the best combination. I’m not sure if I like spring that much.

Summer – Ohhhh Summer! Bonfires, craft beers at the beach, swimming at night, sailing. I recently discovered snorkeling this past summer and it was the BEST. Also, the drive-in! Go to the Cherry Bowl. It’s the coolest and the toilets glow in the dark.

And winter, best for last. Snowshoeing at so many cool locations. Take the hike on the Sleeping Bear Sand Dunes to Lake Michigan and see the shipwreck on shore back there that gets covered in ice late in January. Snowboarding, of course. Crystal Mountain and Nub’s Nob are two of Michigan’s finest. Hot chocolate, cross country skiing, ice fishing, perhaps all in the same day.

Ok. I thought of something I enjoyed about spring. It’s the beginning of race season and people are starting to get out more and train. I like having company while running.

This is the most ridiculous question ever. I couldn’t pick one, so I narrowed it down to my top three:

Falling Down Stairs Productions: The coolest group of people ever. These guys are so funny, so nice, and so genuine. I got to go watch them film a skit and it was hilarious and so enjoyable to watch the creative process. Seriously, check them out.

Grand Traverse Distillery – The owner gave me so many samples! This place is like wine tasting, but with liquor! And it was all delicious.  Their new gin is unbelievable.

Traverse City Bike Party – Oh my gosh. Such a fun group of people who get together and ride bicycles around Traverse City, playing music, and promoting alternative transportation. I had the most amazing time that day.

How can I really choose though? Through the Awesome Mitten I am constantly meeting new people and going to the most amazing events. I can’t even explain the networking that AM has allowed me to do. If AM was a person, I would give it a hug. I would give Alex a hug too, but she hates hugs.

8.) Where is one place in Michigan that you’ve never been, but would like to go?

Many places in the YOOP. I have definitely not spent enough time in Michigan’s upper peninsula.

9.) Advice to people who have recently moved to Michigan?

Go outside! Michigan’s awesomeness is best experienced through outdoor activities.

Gosh I love Michigan. And writing about Michigan. And meeting cool people. And drinking good drinks. And eating good food. Writing for the Awesome Mitten is the best job EVER.