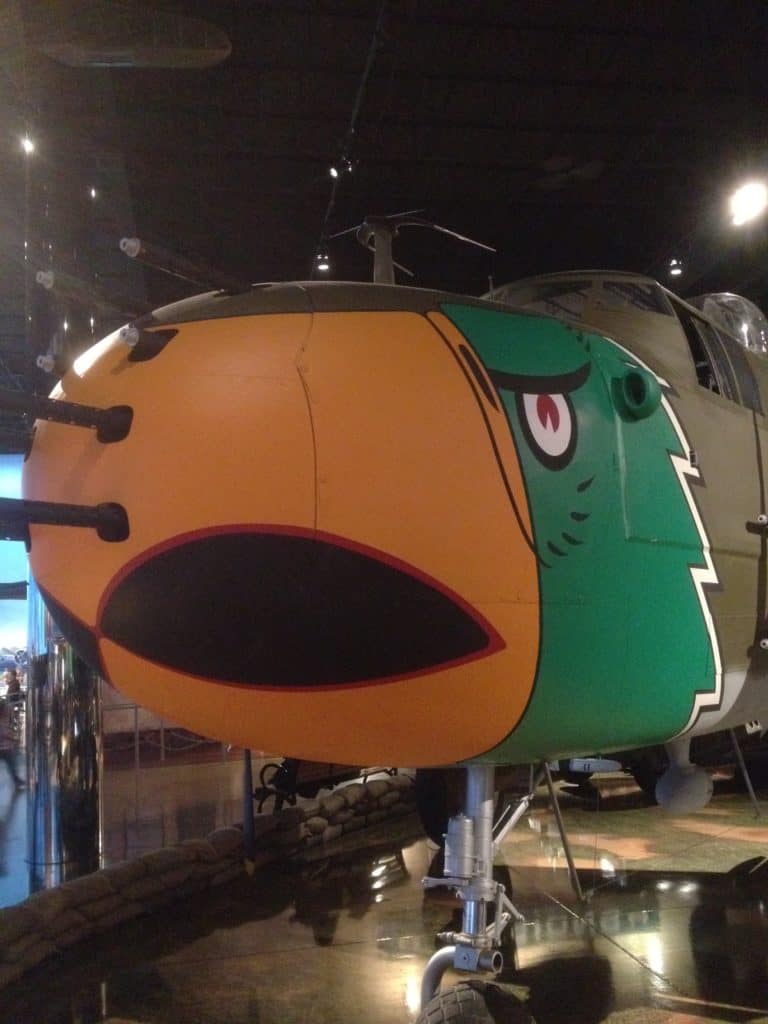 Tucked away on the west side of the Kalamazoo-Battle Creek International Airport in Portage is one of Michigan’s treasures, a mecca for aviation enthusiasts young and old and an affiliate of the Smithsonian, the Kalamazoo Air Zoo.

Opened in its current location in 1979, the Air Zoo has its roots in an aviation bug that caught founders Pete and Suzanne Parish in the late 1940s during service in the military, and wouldn’t let go. An initial purchase of a Beech 35C Bonanza (the same model aboard which Buddy Holly, Ritchie Valens and The Big Bopper met their untimely end) was followed by a Stearman, an AT-6, a Wildcat, and a P-40 Warhawk. In the 1970s, a friend offered them his Grumman Bearcat on one condition – that they open a museum to display it along with their own aircraft.

The original museum at 3101 East Milham Road was dubbed the “Air Zoo” because at that time, it included a Wildcat, a Hellcat, a Bearcat, and a Flying Tiger. As the collection grew, the museum expanded twice before opening a completely new, 120,000 sq.ft. facility, its current location, in 2004. This facility now houses more than 50 aircrafts, from the first wood and canvas fighters of WW1 to the SR-71 Blackbird and my personal favorite, the F-14 Tomcat. It is also home to the Michigan Aviation Hall of Fame, the National Guadalcanal Memorial Museum, an extensive space exploration exhibit, and another exhibit honoring the role of women in aviation and space.

Each of the two display campuses showcase beautifully restored aircrafts, vehicles, uniforms, and aviation artifacts, as well as providing plenty of additional information using audio and video displays. The campuses also include a cockpit, space capsule, and space station mockups that you can climb into.

In addition to the displays, there are plenty of rides for kids of all ages, ranging from a Ferris Wheel, which gives a leisurely overhead view of the entire museum, to the fully-immersing 3D flight simulators (you will probably want to visit the Kitty Hawk Cafe after that one)!

The RealD 4D theater offers two programs: Salute to Heroes, in which the audience sees, hears, and feels the experience of a bombing raid over WWII Germany; and Fly Me To The Moon, an account of the Apollo 11 mission aimed at a younger audience.

After all of that, a large gift shop awaits, full of models, posters, clothing, and gifts for the aviation enthusiast, young and old.

The price for all of this? A paltry $16.50 gets you the Ultimate Ace package, which includes access to all the exhibits and rides, while an annual membership, including unlimited rides, is just $29. Children 4 and under are free.

The Air Zoo also offers a range of activities for educators and children, including field trips, birthday parties, summer camps, and an overnight experience, where kids can sleep under the belly of the giant SR-71 Blackbird.

The Kalamazoo Air Zoo is a one-of-a-kind experience right here in our back yard – strap on your goggles and get flying!