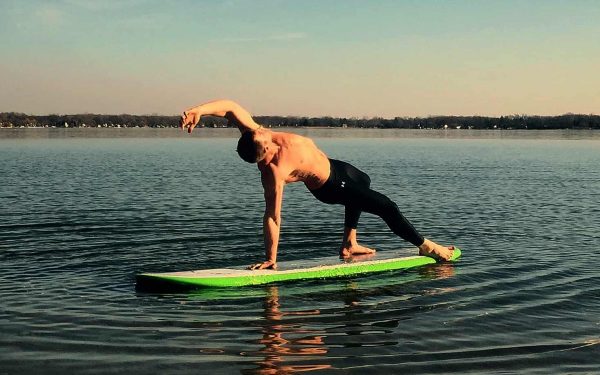 Summer’s in the air as June starts. The kids are out of school, the weather is improving. No matter where you live there’s something for you to do. Take a day trip, plan a staycation, or spend the whole weekend somewhere else. While checking out these events, make sure you’re also checking things off your #MIAwesomeList.

The flowers are in bloom and it’s time to celebrate. Featured events include a parade, the queen coronation, and a 10K race, but it doesn’t stop there. Parks, seminars, and music are around all day long. Whether you’re going up for a weekend or want to celebrate the entire two weeks you’ll be welcomed here. For an entire list of events, check out Mackinac’s website.

If flowers aren’t your thing or you can’t make it up to the island, stop in Frankenmuth for this German infused festival. In it’s 59th year, the festival is relocating and moving back downtown. A parade and fireworks are in the schedule as well as pretzel rolling classes, german food tasting, and of course a keg tapping.

Whether you’re really into yoga or it’s your first time, these classes will sure be fun. These events are held all over the state so you’re never far from one. Some are just regular yoga classes while others have a family aspect built in. Hoffmaster, Lakeport, Silver Lake, and Mears state parks are just a few places you can find these classes all summer long.

Black Star Farms in letting us into their farm. Start with a 45 minute guided tour then spend some time in the tasting room. Every Monday and Friday all summer long, taste wines, ciders, and spirits! Tickets are $25 and include a souvenir glass!

Take some time to head over to the Frauenthal Theater during this week to see more than 30 of Michigan’s greatest ladies. The winner will take home a scholarship for continuing education or donate that money to a charity of their choice. Tickets for the event are $35 per person, per night.

Check out this film, shown at the planetarium, showing all the great mysteries we don’t know about our beloved Great Lakes. From the early history to current concerns for the future, it’s sure to be a show. Tickets go on sale the day of.

We all know Michigan is known for it’s beer. We’re 5th in the nation for the number of breweries we have! Do we really even need a reason to turn the capital city into a beer festival though? 25 different breweries will be bringing over 100 beers for tasting. In this year’s gathering you’ll see Bells, Right Brain, Cheboygan, Dark Horse, and Latitude 42. Take a peek at the full list and grab your tickets before they’re gone! They range from $10 for your designated driver to $45.

Maybe you were hoping Founder’s would be at the Lansing Beer Fest, they won’t be. If you’re a die hard Founder’s fan, head over to Grand Rapids to enjoy live bands and specialty brews. Tickets are $40 for the all day event and include your first pint. The event is 21+ only.

Nicknamed “The Happiest 5K on the Planet,” this race might just be for everyone. Start at decked out in all white clothing. At the end, you’re a rainbow. The organization that runs the event prides themselves on the fact that they aren’t just holding a race to cover you in paint, they’re working with local charities. You can read more about how the race started, but be sure to register ASAP.

When you live as close to Canada as those who live in Detroit, Port Huron, and Sault Ste. Marie, it’s hard not to joke about walking over to the next country. Now, you can. The city of Sault Ste. Marie is making this possible again and you’re welcome to join.

What events are you excited for in June? Did we miss any? Let us know!