Over the past couple of years, Detroit’s restaurants have slowly been making a name in the culinary industry with new restaurants opening one after another. The media has been talking about the city and likening it to a food mecca. While most new eateries are geared toward Downtown, Jacques Driscoll, owner of Green Dot Stables and Johnny Noodle King, has been putting his heart and soul into Southwest Detroit and now have just opened their new joint, The Huron Room. 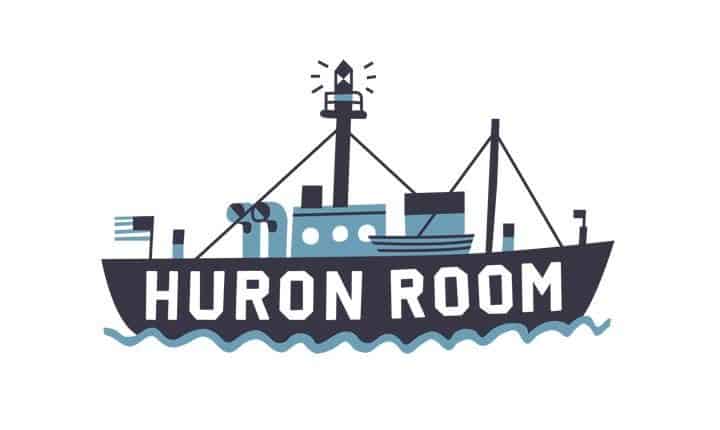 The Huron Room has only been open for a short time, but has already been making waves with its #PureMichigan vibes and awesome menu. Finding a seat is becoming an issue, and this comes to no surprise if you’ve ever tried to get a seat at one of their other restaurants. (When was the last time you didn’t have to wait for a seat at Green Dot?)

“All of our restaurants are within the same area, our family lives here so we want to support the community around us,” explained Driscoll as we devoured a basket full of walleye fish and chips.

As restaurant-goers approach the entrance, a massive fish looks upon them as they enter into a Michigan bliss. The wall holds a massive painting of Lake Huron, bright blue bricks align the room, with a large photo of Huron Lightship covering the back wall. The bar is masterly crafted and holds a very unique tap system, which only features Michigan craft beer. Well, actually the whole bar is “Michigan Craft,” from the wine to the spirits – so it’s Michigan or bust.

“It’s how the idea came to be, I only wanted to serve Michigan craft beer, but then as the wheels started turning, Michigan had such a great selection of wine and spirits as well. Then realized that there wasn’t really a place that served Michigan comfort food, fresh lake fish.”

The menu is quite a catch (wink, wink). A major highlight is “The Catch” option of fish tacos, fish and chips, and fish sandwich with the patron’s ability to choose which type of fish you’d like to accompany it. Those options include whitefish, walleye, yellow perch and of course, the catch of the day. While fish is the main focus, other options include game hen, a patty melt, and steak and fries, so if you’re not feeling so fishy – there are delicious options awaiting you, too. 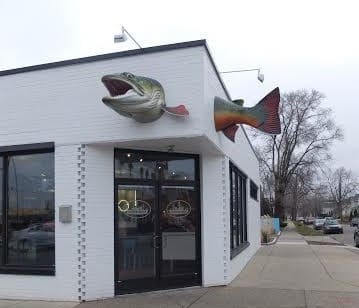 While they had the menu and drinks hooked, he just needed a theme to reel it in. After recently purchasing a place in Port Austin, Michigan, which lies at the tip of the thumb, Driscoll realized that Lake Huron would be the perfect backdrop. It’s vacation town ambiance and homey feel matched perfectly with the restaurant and neighborhood, it became a no-brainer.

“Port Austin is a great little town, it’s only 2 hours away and still holds that ‘Up North’ vacation city feel. Cities like Traverse and Petoskey are nice as well, but Port Austin still feels like a small town with only hotels and putt-putt golf courses, where people can go to get away,” Driscoll explained.

Folks can find The Huron Room at 2547 Bagley St. Detroit, Michigan 48216, and follow them on Facebook for more information.

What’s your “home away from home” place to eat?