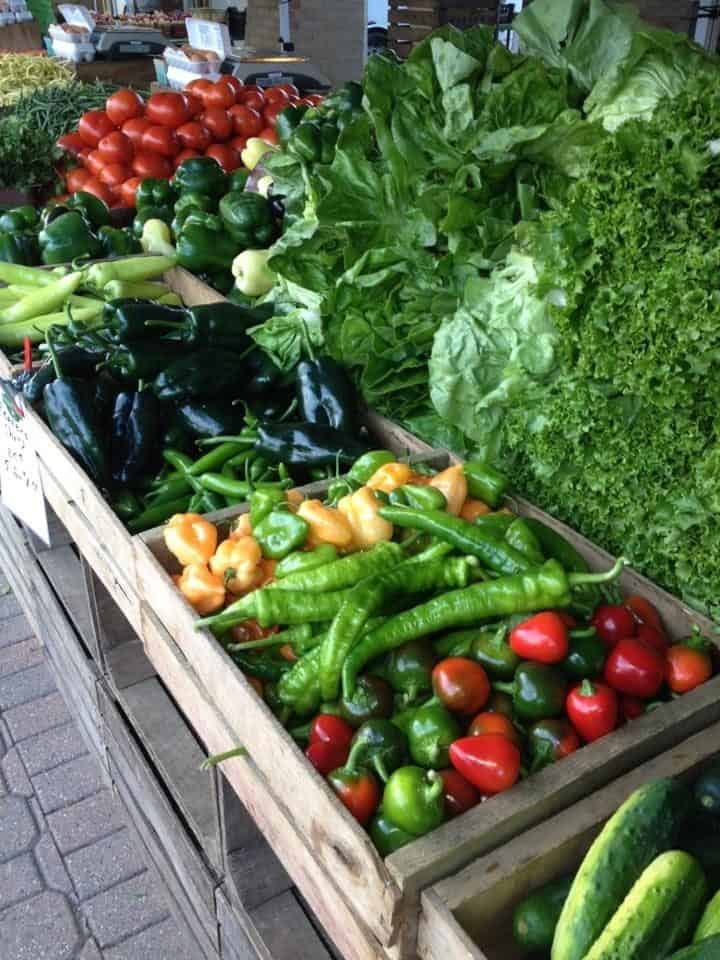 Did you know Michigan is the second most agriculturally diverse state in the nation? Or that 98% of Michigan Farms are family owned?

I spoke with Case Visser of Visser Farms to learn more about the farmer behind West Michigan’s farms and their roles in the community.

Visser Farms dates back to 1902 when Dutch immigrants, Marinus & Maria Staal, purchased 20 acres of muck farmland in Jenison, MI. They built a home and a small business for their two children Catherine and Cornelius.

In 1928, Catherine married a hired farm hand, Casey Visser – hence the name. One hundred and fifty acres and many years later, we can follow the family tree down to his great-grandson, Case Visser.

Case is the face of Visser Farms as their sales representative. He and his six brothers and sisters grew up living and breathing the farm life. He and his twin brother, Andy, started working at farmer’s market stands at just 8 years old.

Although he was immersed in the business growing up, Case didn’t always want to work for the family farm. A big fan of sports, football especially, Case had his eyes set on working in sales or management of a sports team. He explored this career path as teen but was drawn to farming.

“For some reason, I felt an intense calling to work for the farm. For something I was very much initially against, I would have never thought how much I enjoy doing it and how fulfilling it is.”

“The most rewarding aspect of my job is getting to know people. I love people and the appreciation they have for the amount work and care that goes into growing and harvesting their produce would surprise you.”

As one can imagine, working for a local farm is extremely busy. Summers are filled with trips to the farmer’s markets, CSA programs, harvesting crops and restaurant orders. And if that doesn’t sound tiring enough, winters are surprisingly busy too. Winter calls for preparing the greenhouses and lots of maintenance and cleaning.

“It’s not a 40 hour a week job- it’s a lot more than that, but I do manage to squeeze in a spring break to Florida every year, and spend Sundays with my family.”

Visser Farms employs more than 40 people including family members. Working for a family business can present some unique challenges, but the Vissers seem to have their roles and relationships in order. Case’s brother Jake, helps manage some of the farm markets and is their irrigation specialist, and Will is the field manager. Even Case’s wife, Megan, works for the company; she handles invoicing and social media.

“As long as you have an appreciation for one another, you can work well together. Everyone has their own role and respecting and helping each other is important.”

One of the many ways farms, such as Vissers Farms, connect with communities is through farmer’s markets. The markets and farmers alike have seen growth and changes in recent years. Customers have a better understanding of farming procedures and are asking more informed questions about the food they are putting on their tables. They are interested in the farming practices and the crops.

Visser Farms services more than 22 businesses and restaurants. In order to provide the freshest produce, Visser sends out a weekly list of their inventory and prices on Saturdays to restaurants. Chefs have 24-48 hours to submit their order, and then Visser delivers their order twice per week year round.

Restaurants, such as Terra GR, Reds on the River and Reserve Wine & Food, which are focused on serving local foods, purchase the most products.

“We have seen a huge upswing as a result of restaurants looking to purchase more local produce…the Metro Health Café goes through so much asparagus, it blows my mind! More than 200 pounds per week!”

Farm-to-fork restaurants have also helped local farmers by putting a name to a taste. Consumers are paying attention to the farm names on menus.

“People will have a meal at a restaurant that features our produce and will seek us out at their local farmer’s market, because they know our product is good.”

How do you support your local farmer? What are your favorite farm markets or farm-to-table restaurants?