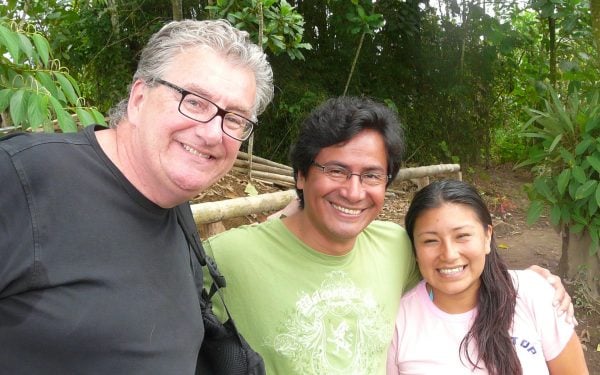 A Bit of Michigan in Our Nation’s Capital

One of the best parts about being from the Mitten is that the camaraderie and fellowship extends beyond the state lines. As a Michigander who lives outside the state, I’ve experienced this firsthand and I’m reminded of how much I miss my home state whenever I get a “Go green!” from a stranger on the subway who notices my MSU T-shirt. And so, with this in mind, we have decided to highlight people from Michigan who are doing great things in other places.

For the inaugural post of this new column (coinciding so beautifully with inauguration weekend), I thought that it would be appropriate to introduce Robert Kelley Jr., who grew up in Detroit and now lives and works in Washington, DC. Bobby, as he is known to many, is an animated and energetic man who found his calling to both law and culture early in life. After completing his undergrad at the University of Michigan, he jetted of to the capitol to start his career.

Bobby started studying Spanish and came to have a great appreciation for Central and South America’s cultures, languages and social issues. Since then, he became a Mediator for the US Merit Systems Protection Board and takes cases that involve labor issues, which may sound dry, but is actually awesome. Most recently, he masterminded a program with Mediators Beyond Borders that took him all the way to Quito, Ecuador, where he led workshops for Ecuadorian lawyers and locals on dealing with oil companies that had damaged the Ecuadorian environment. Bobby used his language and cultural skills in combination with the legal know-how to ensure that the people of Ecuador who have been affected by deforestation, oil spills and other ecological issues perpetrated by major oil companies. Pretty awesome, right?

In his work in Central and South America, Bobby says that ensuring that cultural differences are respected and understood are key to his success. “If you don’t understand and appreciate where both sides are coming from, you’re not going to get a result that satisfies both parties,” he says. He keeps his cultural chops sharp by maintaining friendships with people from all over the world. Never hesitant to dispel myths about his beloved Michigan and Detroit, whenever Bobby recommends places to go in Metro Detroit, they’re always a little off of the beaten path. In particular, his favorite eatery is an Italian restaurant called Vince’s on Springwells Drive. Once mainly supported by factory workers that lived nearby, the neighborhood has become a vibrant Hispanic community, but still serves the same “incredibly delectable” Italian dishes as they did thirty years ago.

Bobby returns to his home state whenever he can and always makes sure to stop by his old haunts in Detroit and Livonia, where he spent most of his time growing up. He also, of course, plans to retire to Michigan when the time comes. Michigan, according to Bobby, “has always felt like home, no matter how much time I spend away from it.” I’m proud that our state has produced someone as giving and thoughtful as Bobby Kelley, and I can’t wait to share more stories like his!