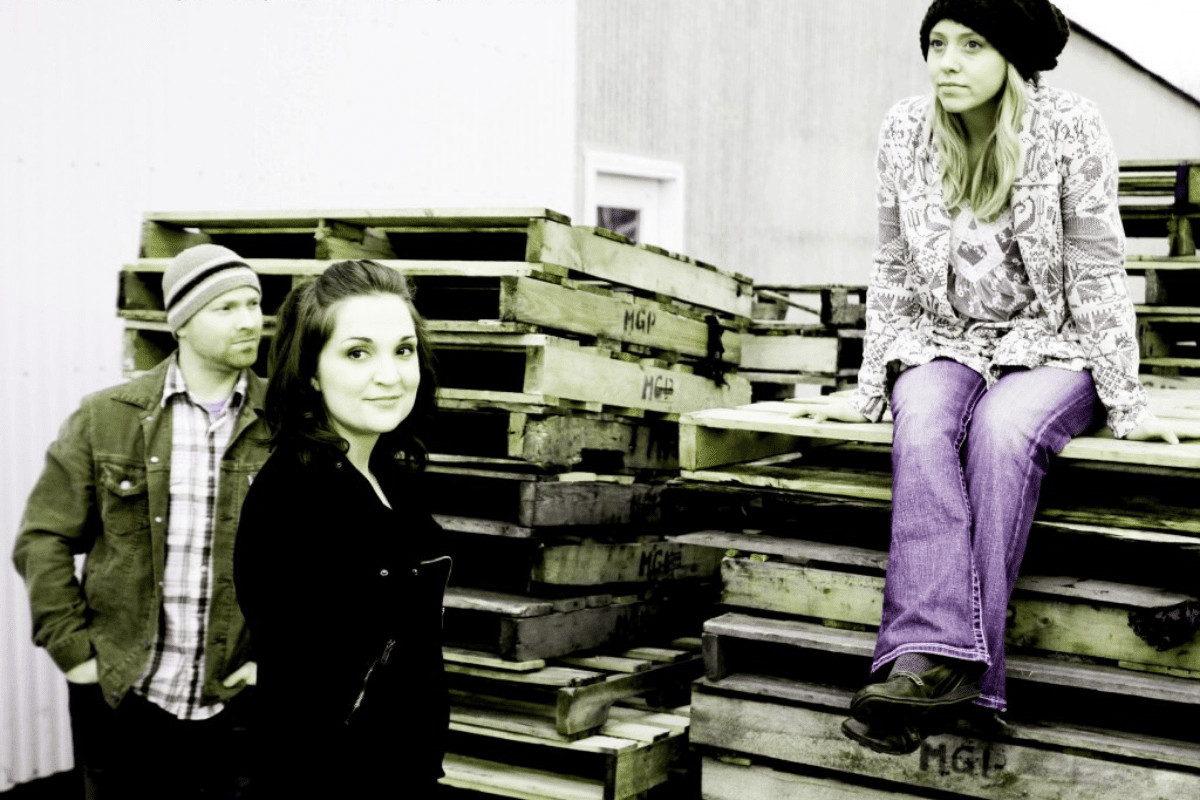 Turn on your radio. Turn it to a “pop station.”  What do you hear?  Some synthesized drum beats.  Picture perfect vocals, tweaked with the latest audio engineering technology.  Something you can dance to.  Turn off the radio.  Turn it back on in a month and you will hear the exact same thing, but done by someone else, with a slightly different drum beat.  This is because in our culture, music is largely disposable.  Record companies and radio stations produce a high quantity of music, play it constantly for a short period of time and, once the money has been made, move on to the next big thing.  (Goodbye boy bands, hello gangsta’ rap.)  However, there are talented musicians out there who play music simply because they love it.  They aren’t interested in selling out arenas, wearing fancy jewelry, or topping the Billboard Charts.   And frankly, they probably never will. They just want to make music.  One such group is known by the moniker “The Fiction Writers.”

The Fiction Writers, based out of Muskegon, are an eclectic group of friends and musicians who have created a debut E.P. that features interesting instrumentation, heartfelt lyrics, and a genuine passion for music.  Eric Wagenmaker serves as the chief song-writer, acoustic guitar player, and sings background vocals in the band.  Behind his leadership and solid songwriting, The Fiction Writers have crafted a wonderful E.P of folk rock music that serves as the perfect backdrop for a summer evening or even a winter evening curled up near the fire.

I sat down with Eric and discussed the band’s inception, their new album, and their future goals.

How long have you been involved in music? What other projects have you been involved with?
Wow, I have been doing stuff with music for a long time. My mom made me sing in church from when I was about 5 years old. She would bribe me with packs of gum. I learned how to play guitar when I was 16 (so 15 years ago – you do the math) and I started writing songs immediately. I have been a worship leader in churches for 15 years. I was in a couple bands that really never went anywhere, managed a few bands (Secondhand, The Fabulous), produced a few albums (Jason Holdridge *with Bethany Dillon*, Joel Yoshonis – solo projects), did some studio engineering (Shane Barnard, Secondhand), but song-writing is definitely what lured me into music. I love the artistry that blends words and song. It’s two worlds that come together so seamlessly.  There’s something mystical about it, and it makes me come alive.

When was the inception of this band and what was the inspiration behind it?
I went to high school with Angela (violin) and Kate (lead vocals). I always knew they were extremely talented but in high school it wouldn’t have been cool to be in a band with girls. Kevin is about 8 years younger than I am, but we have collaborated musically on different projects. We both played on the Jason Holdridge album, he was in Secondhand, who I managed, and he has drummed with me in worship settings as well. Originally he wasn’t a “main-stay” in the band, he was just another musician who would help us record. But as time went on, rehearsals went on, and the more we talked, we made him a permanent fixture.
The inception happened about a year ago when I got the urge to start a folk-rock band. I immediately thought of Kate and Angela. Kevin was a no-brainer because we have worked so well with each other in the past. I also had the privileged of working with other great musicians who lent a hand on the EP.
My inspiration for starting this band was simply making music with my friends. I love collaborative efforts and that is what this project was.

Please introduce the other band members. How did you collaborate with them?
Kate Rudd – lead vocals
Angela Corbin – violin, backing vocals
Kevin Cramblet – drums
The project was not a normal one. I think we got together and practiced only once as a band before we hit the studio. I wrote all the songs so I recorded demo’s, gave them to the members (and other musicians), got together individually with a few of them to work on parts, but then just scheduled recording time. It worked because everyone I worked with was talented enough to pull that off.

How would you classify the music of Fiction Writers? How did you decide upon this particular genre?
Definitely folk rock. I wrote two of the five songs on the EP with Kate in mind, knowing she would be singing them. I was planning on doing lead vocals on at least two, but when I heard what she was capable of in rehearsals, I knew I couldn’t take the other songs away from her. Her vocal tone and style drew me to the folk genre. The style and genre were definitely built around wanting to collaborate with Kate and Angela.

I saw that you write the songs for the band. From where do you draw lyrical inspiration?
I did write all five songs on the EP. My inspiration really depends on what song you’re listening to. “Mile a Minute” and “Sweet Someday” I wrote from the perspective of a friend who went through a divorce. I have never been through that personally, but seeing close friends and also family members go through that really inspired me to write from that perspective. That’s really where the band name came from as well. These aren’t necessarily “our” stories, but they are very real for others. “Slumber Song” and “Might Have Been” both were written from my personal journey: From confusion to clarity in so many facets of life. Life throws you so many curve-balls and has so many variables to it. You make a lot of bad decisions, but you learn and grow from them at the same time.
Kate is also a talented writer and if we do more in the future, she will take on a much bigger role in the writing material.

What is your main goal as a band?
It’s probably starkly different than most bands, but we are not looking for a bunch of shows, a label, a tour, etc. We did this because we love music and we wanted to create something we could be proud of. We all have families and 9-5’s so doing anything too crazy is not feasible for us. Our primary goal, besides making a quality recording of the music, is seeking licensing with music directors for advertising, television and film. I work for a publishing/licensing company so I have a good start on making some of that happen for us.

I saw that you collaborated with other area musicians/producers. Talk briefly about who The Fiction Writers have worked with and the importance of local musicians/producers working together.
When we started the project, we knew we couldn’t get the sound we wanted without working with a few other musicians. Luckily, I have talented friends with a variety of musical expertise. Some huge contributors were Michael Johnson, a phenomenal banjo player, Chris Walker who played bass guitar, some upright bass and mandolin, Scott Herlein – a prodigy on the piano/keys, and my good friend Tom Boyer from Columbus, Ohio who recorded accordion and had connections to a bagpipe player as well.
The project wouldn’t have come together like it did without these folks. Justin VanHook engineered and mixed the entire project. His work was invaluable.

If you had a couple sentences to sell your band to somebody, what would they be?
The Fiction Writers is more of a musical project among friends than an actual band. We make music simply for the sake of making music, not to sell records, which keeps our music honest.

While you may be hard pressed to catch The Fiction Writers playing live, you can head over to their bandcamp page and listen to the E.P for free or buy either a physical or digital copy for only $5.  And who knows, perhaps you will hear one of their songs in the background of an independent film or TV show someday soon.  You could then nudge your friends and brag “I have this C.D!”  But remember, you heard about it here first! ~Chad Cramblet. Regional Director 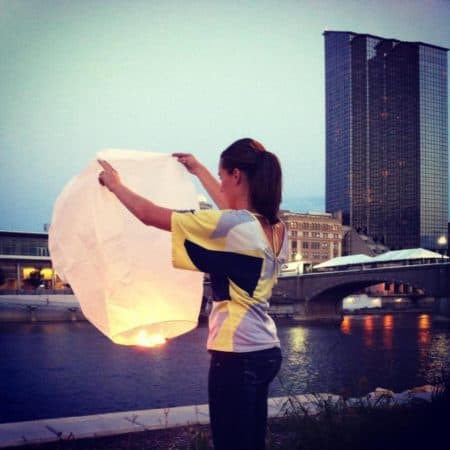 [box type=”info”]Update: This event has been postponed until September 28th due to inclement weather. Read more here.[/box] As Grand Rapids holds its breath in… 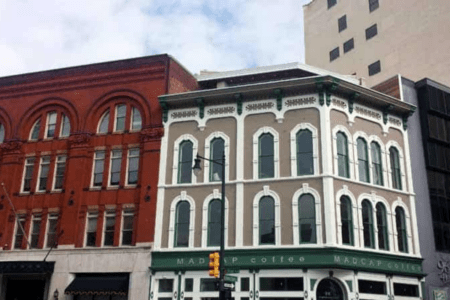 When roaming around a city or town, an easy way to get a feel for its past and what it is all about today… 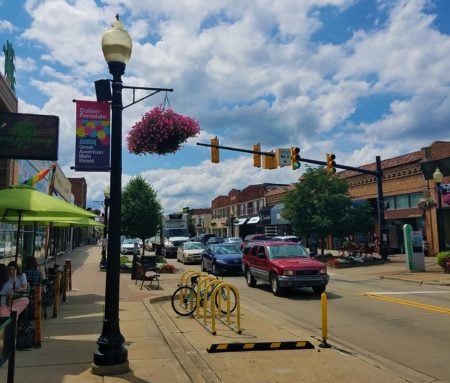 Metro Detroit is overflowing with vibrant towns. Over the years, I’ve frequently visited Royal Oak and Birmingham. However, I wanted to discover other downtowns… 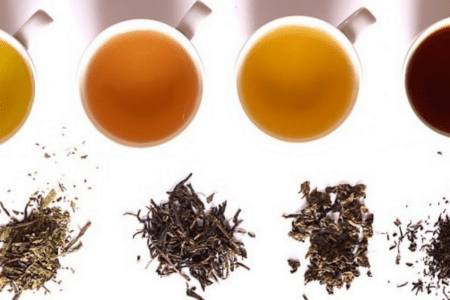 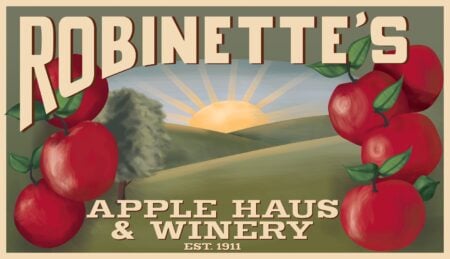 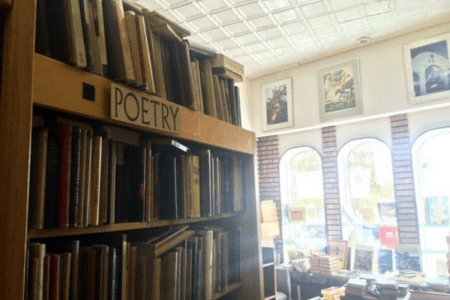 Ah, Eastown Grand Rapids… where creativity runs rampant and “old meets new” is a way of life. This community of innovative, driven people is…