Jester’s Court opened it’s doors to the children of Grand Rapids seven weeks ago and they have been revolving ever since. It is the biggest play place in West Michigan, boasting an impressive 23,000 square feet of pure fun. The facility is locally owned and operated by Aaron and Monica Wright, residents of Grand Rapids. They, along with their three-year-old daughter and one-year-old twins, have taken “playtime” to a whole new level.

For 12 years Monica and Aaron dreamed of owning a business together, but nothing felt right. Then in 2010, they took their daughter to a play facility in Illinois and realized that nothing of this magnitude existed in the Grand Rapids area.

“We wanted to create more than a bounce house,” says Monica. “We wanted children to have a place to go where they could safely explore new structures and challenge themselves in a fun way.”

I checked out Jester’s Court last week and watched with delight as my children’s eyes widened with surprise and immediate joy upon entrance. They went bonkers and the best part was that they could. The place is gigantic, clean, and affordable. At the front of the facility there is a large, padded jungle gym and behind that, roughly eight large scale inflatables. The inflatables vary in shape and size, but each one has a kind of obstacle course for kids to work through, dependent on their age and skill level. The inflatables also have mazes, ladders, slides, and sport equipment to go crazy on. For smaller children there is also a toddler area with soft toys and blocks, along with a smaller inflatable for children three and under.

Beyond the size of the facility, what really sets this place apart is their focus on technology. Next to the jungle gym there is a padded room set aside for active play with a techie twist using a device called I-Click. I-Click is an interactive video game that projects images on the ground. Multiple children can play at the same time, popping balloons, jumping on colors, or playing soccer.

“I was interested in incorporating technology, but didn’t want to install stationary video games–that defeats the purpose of my facility. I want kids to be challenged through activity and exercise,” says Monica.

Jester’s Court caters not only to children, but adults too. Big screen televisions are installed all over the place, going all the way back to the last inflatable. The latest news, sports, and age appropriate TV shows are always on. There’s WiFi, coffee tables, and plush leather recliners if parents need to get some work done while their children play.

Cleanliness and safety are a major priority. Sanitizing stations can be found everywhere. Employees are constantly circulating throughout the play areas, making sure everyone is secure, and a wristband numerical system is used to ensure that all children are accounted for.

My son hasn’t been able to stop talking about Jester’s Court since we left. His birthday is fast approaching and I just booked his party there. (Shhhh…it’s a surprise!) If you are looking for a fun, affordable place to play in the Grand Rapids area, I would check this out for sure.

As many articles on this site have shown, living in mid-Michigan can be wonderful. However, it can also be a bummer when the weather… 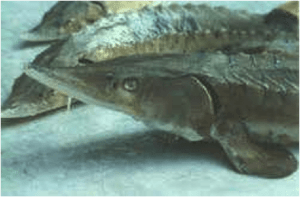 Whether your trip to Holland, Michigan is going to center around Windmill Island Gardens or you plan to spend most of your time climbing…