Skip to content
[box size=”large” border=”full”]Why it’s awesome: The UICA is awesome because of its focus on contemporary and emerging art, is in the process of moving to a new LEED certified building and had 100 volunteers form a human chain in order to move boxes from the old building to the new.  Enough said! [/box]

Moving is a hassle.  Even when the move holds promise of a better future, the act of packing all of your belongings and transporting them is a daunting task.  Unless, of course, you are able to convince 100 volunteers to form a human chain from the old location to the new and turn the menial task of moving into a “Moving Day Parade.”  Everything is more fun when it’s called a parade.

This idea may be a little far fetched for your next family move, but is exactly what the Urban Institute of Contemporary Art (UICA) did. On June 30th approximately 100 volunteers lined the sidewalks between the UICA’s old facility on Sheldon and the new facility on Fulton to lend a hand or two.  Forming a sort of human chain, boxes were passed from volunteer to volunteer until they ended up at the new facility.

Although this may seem like trickery or some sort of slave labor, there was free food for participants, which makes everything okay!  Furthermore, Phil Meade, the director of publicity at the UICA, holds that the main purpose of the “parade” was more symbolic than about making the public do all their dirty work. “We really just wanted it to be a really fun, easy display of the community moving us to the new building,” Meade said.  “It was just a way to offer the community an opportunity to help us physically move,” he said.  Rest assured, professional movers were hired to do the majority of the heavy lifting.

While the Moving Parade was certainly a festive manifestation of public support for their move, the UICA has several other festivities planned before the new building opens to the public on July 27.  The Odd Ball will be held on July 25.  “It is our big fundraising gala event…with a twist,” said Mead.  The UICA is selling tickets for $124.99 and promises “a casually fabulous event celebrating the completion of Phase 1 of the new UICA” and according to their website it will also have numerous interesting performances, food, and drinks provided by local establishments.

The following day, on July 26, the UICA will host two more events.  The first is a sneak peak of the new facility just for members.  This preview is just one of a number of perks that come with a UICA membership.  Once opened to the public, the new facility will have an $8.00 admission fee which will be waived with the purchase of a membership.  Membership also grants you half price tickets to all films shown at the UICA; meaning that you can be privy to a wide array of hip independent films while not paying an arm and a leg.  Even Ebert and Roper would be impressed.

And the new facility will definitely have plenty to offer.  While larger than the previous building, the new UICA facility finds its true value in the use of available space and the public visibility allowed by the location.  “The current UICA is all the spaces in one,” Mead said. “It would lead to us having an art exhibit in the largest gallery and having to move all of the art out of the way to accommodate special events or facility rentals,” he said. The new facility, on the other hand “is much more segmented out,” Mead said. “We are going to have 15 galleries, whereas now we have five, so there is a lot more opportunity to show a variety of artists in the space,” he said.  The new location also allows for the public to get a sneak peak of certain exhibits while walking on streets nearby.

The UICA differs from other area art galleries by not collecting art.  This means that they do not have a permanent exhibit and are therefore able to constantly welcome in new artists.  Couple this with the fact that there will now be 15 gallery spaces, and the new UICA is poised to host a great number of exhibits at any one time.  The increased space also allows for the expansion of programs that suffered due to space limitations.

Another interesting aspect of the UICA is their attention to emerging artists.  Whereas art museums focus on established artists, the UICA prefers to feature artists who have recently finished their art degrees or are otherwise relatively unknown. “All the artwork we have is focused on an interesting way of using materials, an interesting idea, something about our current time,” Mead said.

“My favorite features of the building are the galleries,” boasted Mead.  One striking gallery is four levels allowing for hanging sculptures.  The gallery also has a stairwell that aligns with the levels, allowing patrons to experience the art by simply climbing the stairs.  Some of the art in this gallery is visible from the street as well; allowing passersby to experience a taste of what the UICA has to offer.

Not only does the new building provide ample space for emerging artists to display their art, but it is also strives to minimize its footprint by being a LEED certified building. The developer they worked with also had a passion for green building. “We were always concerned with being green,” said Mead, “It was a good collaboration.”

With its focus on emerging artists and perpetuating new ideas, it is easy to see why the local community was so willing to assist with the move.  However, the ability to help the UICA still exists in the form of purchasing a membership, attending The Odd Ball, or merely attending the movies/exhibits hosted by the UICA.  So, make sure to check out the website for upcoming events and exhibits, and stop by on July 31st for a free public open house! ~Chad Cramblet, Regional Director 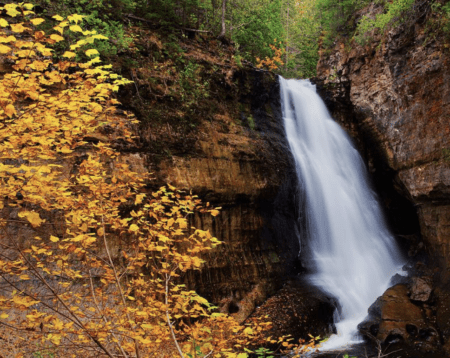 One of the biggest things that Michigan is known for is nature. The state has all kinds of landscapes — farmland, forests, mountains, beaches…. 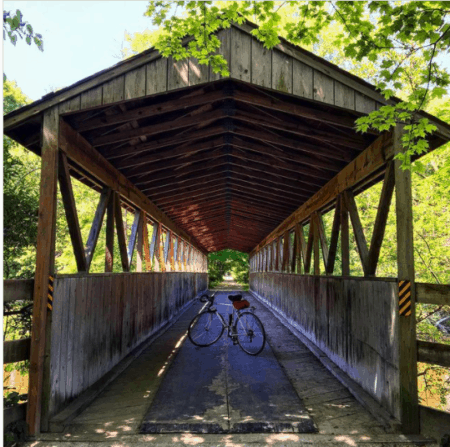 In the not so distant past, Right Brain Brewery (RBB) was bustling along in a mere 3,600 square feet of brewing and serving space… 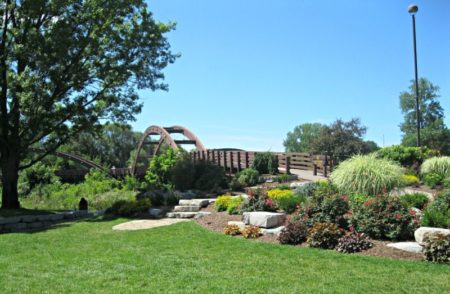 Connection. Throughout the Great Lakes Bay Region — anchored by Saginaw, Bay City and Midland — people are connecting with one another. Old business fronts are… 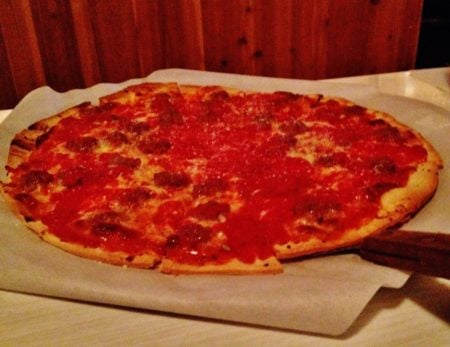 Locally owned and family run since 1934, Congress Pizza has made a name for itself in the Upper Peninsula as a bar, restaurant and…

Did you know that there’s only one permanent theme park in Michigan? Michigan’s Adventure is owned by Cedar Fair and located in Muskegon, Michigan….