As a financially challenged college student, I have spent the last several years on a constant quest for inexpensive entertainment. Michigan is well known for turning out spectacular bands and artists, but during my quest have uncovered the secret hiding places of some of Michigan’s musical treasures: open mic nights. There are many scattered across the state, each providing a wonderful way to spend a night out. Over the course of the next several months, I am going to take you on a tour of some of Michigan’s most popular open mic nights. The first of these can be found in between Traverse City and Empire at The Hayloft Inn.

It is called The Roundup. Not only does this open mic night welcome (and highly encourage) everyone to perform, it also uses the audio as the material for The Roundup Radio Program featured on 90.7 FM WNMC. Along with a night filled with wonderful music, the audience is treated to games with prizes and engaging witty banter with the show’s creator and emcee, Mr. Bill Dungjen.

Dungjen has been running the show since early 2004, but began his open mic journey many years before at the Cedar Tavern Open Mic where he played for many years and then hosted for two. Dungjen explains that the inspiration that sparked putting the show on the air was a culmination of ideas he had developed over the years, just a few of those inspirations being shows like Austin City Limits, The Roy Rogers Radio Show, Hootenanny, and Prairie Home Companion.

Along with being the ringmaster of the whole event, Dungjen also plays mandolin for The Roundup’s resident bluegrass band, Sour Mash. Sour Mash sets the tone every week by kicking off the night at eight o’ clock sharp with a few of their tunes.

While it is true that this open mic night caters mostly to the bluegrass and folk crowd, performers of all genres are always invited to show their stuff. “Our tag line is: Live Music Played Locally,” says Dungjen. “That’s really the mission: to see music played in an accessible location and to allow musicians somewhere to perform for an appreciative audience. The style is unimportant.”

Speaking from the standpoint of someone who has been performing at The Roundup on and off since its inception, there is no friendlier place to explore your music. Performers of every caliber can show off their stuff, either classic covers or originals tunes, knowing that the audience will be respectful and supportive. Performing in front of people can be scary, but few crowds are as welcoming as The Roundup.

So whether you are a performer or a music appreciator, if you ever find yourself up north with nothing to do on a Thursday night, venture on out to The Hayloft Inn on M-70 and grab yourself a five dollar burger basket. If at 8 o’clock you see Bill Dungjen slide up to the mic and you hear the call and response of:
“Hey Kids, What time is it?”
“It’s Roundup time!”
You know you are in the right place.

When the holidays near, The Mitten lights up in celebration. Colorful holiday light displays in Michigan can be found everywhere from zoos to private… 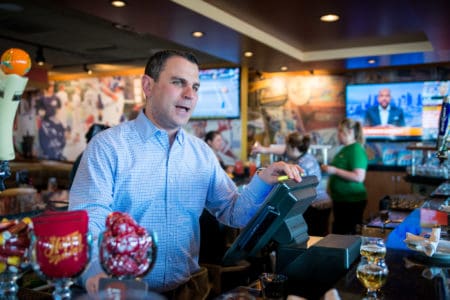 Mackinac Island has many rock formations, but the most famous and unique of them all is Arch Rock.  It stands 146 feet above Lake… 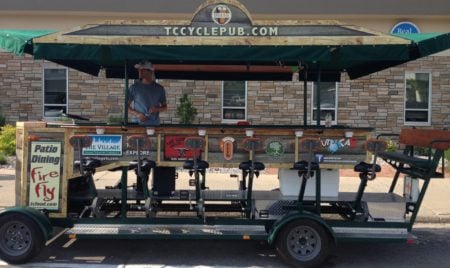 I am infuriated with Ms. Alex Beaton, queen bee of the Awesome Mitten. She has requested that I select the three features that I… 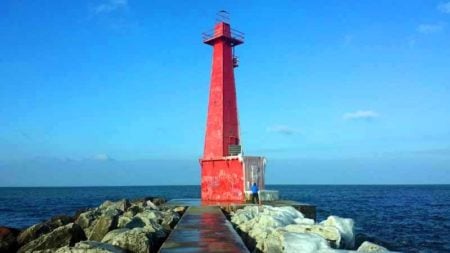 Are you looking for a scenic Michigan road trip that you can take no matter the season or weather conditions? Consider the lighthouses and…