The Ramsdell Building has been a fixture in downtown Manistee since 1891, when it was built by lawyer and entrepreneur Thomas Jefferson Ramsdell.  (T.J. Ramsdell also built the city’s historic Ramsdell Theatre, the stage where legendary actor James Earl Jones got his start.)  In a past life the building was a bank; even today as you stand in the grandiose lobby, you can imagine a scene from a heist movie playing out, complete with mobsters in fedora hats armed with Tommy guns.

In 2003, the building underwent extensive renovations to turn it into a 10-room boutique hotel.  Offering some of the area’s most unique accommodations, the rooms are decorated to reflect the town’s Victorian-era splendor.  But it’s the site’s future, not its history, that makes it so exciting.

As I sit at the end of the bar, I observe a flurry of activity around Ramsdell Inn and TJ’s Pub general manager, Dannette Hoffman.  She confers with vendors, the bartender, and the kitchen staff.  Periodically, she ducks into the kitchen to stir a fruit compote she is making for an upcoming event.  Waiting patiently, I admire the comfortable-yet-elegant ambiance of the place, cozily tucked just below street level.

Hoffman is doing something that no one else in Manistee is doing.  Watching from across the room, I see a local farmer (from the nearby Halpin’s Land of Goshen Farm) drop off a selection of artisan, sustainably farmed and made cheeses, which are whisked away to the kitchen.  Yes, she is bringing the farm-to-table movement to Manistee’s dining scene.

This is a new adventure for Hoffman.  For years she worked next door at Snyder’s Shoes, a job that she loved. “I could have stayed in my comfort zone, selling shoes forever,” she says.  Working there, she noticed one common complaint from locals and tourists alike: it was difficult to find a good meal in Manistee.  “People would ask for a good place to eat.  I always thought, ‘The best food I know is at my house.’”  When she was recently offered the general manager position, she saw amazing potential in the establishment’s small, under-marketed restaurant.  “Here,” she says, motioning around the room with her hands, “with a 50 seat dining room, I can feasibly bring that food to the public.”

In a town where little has changed for generations, some people are a bit shocked.  “They say, ‘You don’t serve a hamburger?’  But three other restaurants on this street already do.  I want to do something different.”  Working with Manistee Community Kitchen, she is cultivating relationships directly with those who will cultivate the food she serves.

As we continue to talk, it becomes obvious that her passion runs deeper than just this endeavor.  She speaks energetically about recharging the downtown district, about the people and organizations who are slowly but surely helping downtown Manistee fight back against recession and corporate America.  With attendance up at Ramsdell Theatre events and the community banding together to save and eventually reopen its crumbling movie theater, The Vogue, the downtown district has the potential to rise from the ashes.  Hoffman has put herself on the front lines of what she hopes will be a small business revolution.  “Manistee is begging for this right now,” she says.  “We need to make downtown viable.  We need to make it a destination.”

She has many plans and dreams for TJ’s Pub, including hopes of eventually attracting a chef.  In the meantime she’s making changes as she can, even if they are small ones.  She recently added a waiting area near the entrance, a change that made people laugh.  “They said, ‘Pfft, there has never been a wait here!’”  Her face breaks into a sly smile.  “Just wait and see,” she says.  “Just wait and see.” ~Rhonda Green 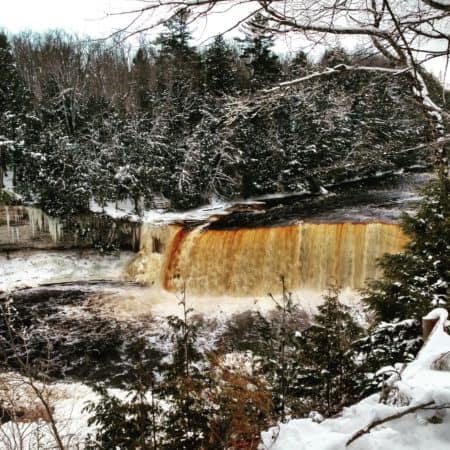 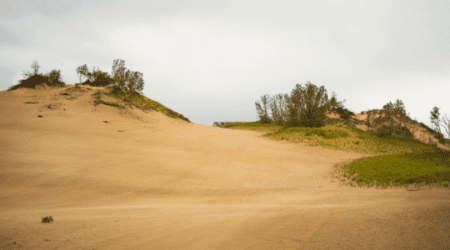 The 2021 Michigan Summer Bucket List Challenge is over… stay tuned for our next Michigan bucket list challenge! 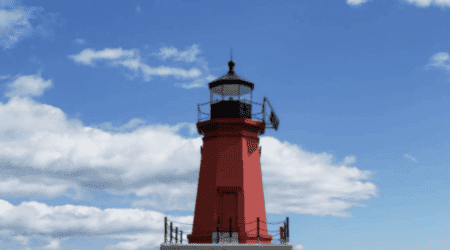 If you find yourself driving along US-2 in the Upper Peninsula of Michigan this summer, be sure to detour south on US-41 o4  to…

One of the most common problems we all face with the holidays approaching is trying to brainstorm unique, thoughtful gifts for everyone on our… 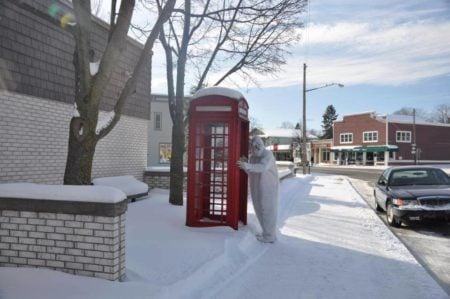 We are deep in the throes of winter here in Michigan. Nothing makes this cold weather more pleasant than an encounter with a Yeti. In…