Skip to content
Why it’s awesome: An evening of watching live artists, listening to live music, and mingling with some cool people.  This, my friends, is the recipe for awesome.  Not to mention the money goes to a good cause!

Grand Rapids was once known as the “Furniture City” because of the premiere furniture created within it thanks to the lumber industry in the area.  While Grand Rapids continues to be a leader in the production of office furniture, it is art that has recently stolen the show.  With the completion of the new Urban Institute of Contemporary Arts, the great success of Art Prize, the thriving local music scene, and other movements and events aiming to promote the rich art culture present in the city, it is hard not to notice.  While people like Rob Bliss have been setting up events to shine a light on Grand Rapids, there is a new dynamic duo doing their part to raise awareness, not only for area artists and musicians but also the plethora of empty commercial spaces that are common in Grand Rapids.  They call their idea SPACE.

Josh Beebe, a recent marketing graduate from Grand Valley, along with friend Josh Marunde, started SPACE earlier this year.  Marunde, a musician by trade, desired to start an event that was music centered.  However, it ended up being something a little different.  “Basically we just wanted to make an event that was something that we would enjoy,” Beebe said.  This manifested itself as an event that features artists creating unique and diverse pieces of art while a local band or musician provides the evening soundtrack. The result is the best aspects of art exhibits and concerts, while also allowing visitors to socialize and interact both with each other and with the artists.

One unique aspect of SPACE is that each event is held in a vacant space.  Not only does this provide a unique ambiance to the event, but is also an attempt to help boost the local economy.  “We wanted to make SPACE productive to the city and have it mean something,” said Beebe.    They noticed many empty store fronts and decided that using these spaces to host the events could be beneficial.  “If we can bring the right people, maybe we can influence someone to buy or rent it,” said Beebe.

Finding available spaces that would host events however, proved difficult at first.  Beebe and Marunde patrolled the streets of Grand Rapids looking for vacant store fronts with signs in the window.  They called a host of development companies, most of whom failed to grasp SPACE’s vision. “At first a lot of people didn’t really understand what we were doing,” Beebe said.  “We got a lot of pushback from that at the beginning.”  Luckily, Marunde and Beebe had some connections that caught the vision and allowed SPACE to use their spaces.

Finding artists proved to be a little bit easier as they seemed to jump on the opportunity to become involved with SPACE.  Utilizing connections through artist friends and a barrage of social media attacks, there was no shortage of willing artists.  “We reached out through Twitter and Facebook, just blasting ‘if you’re an artist and want to be a part of something, e-mail us,’” Beebe said.  The social media strategy worked!  “Half the artists from the first one are people who came to us,” said Beebe.  “[They said]’It sounds cool. I want to be a part of it.’”  Each event has featured eight artists, each bringing a unique approach to the event.  The July event hosted painters, an airbrush artist, a pencil sketch artist, a lady who made furniture from Styrofoam, and several others.

Music has been provided by very diverse artists for each event.  For the first event, SPACE brought in a pianist.  The second event featured Grand Rapids rock band, Valentiger. Though not all of the events of the third event have been ironed out as of yet, the musical act will be hip-hop artist The SEVENth.  “It’s cool to see how the environment changes based on the music,” said Beebe.

So far, SPACE has hosted two events: one in June and one in July.  The third event, originally scheduled for August, has been postponed due to a low turnout at the second event.  Beebe attributed this lull in attendance to a lack of college students downtown, which is comprised of a large percentage of college students.  After the next event however, SPACE plans to spread its wings and hold events in other cities around Michigan and even to Chicago.  “The concept is moveable,” Beebe said.  “You can set up shop and do this anywhere.”  While Beebe certainly has ambition of expanding the SPACE movement, he intends to still call Grand Rapids its home. “We will keep Grand Rapids as a home base and come back here to do big events,” Beebe said.

If you want to see what SPACE is all about before they hit the road, keep your eyes on the website for emerging details regarding a date and a locale.  The cost for SPACE events is $8 and part of the proceeds go to local organizations.  If you are a fan of art, music, or empty spaces, you are sure to dig SPACE. ~Chad Cramblet, Regional Director

St. Mary’s River in in Sault Ste. Marie is famous for its spectacular display of walleye, salmon and whitefish, but on Saturday, June 14, it will…

Question & Answer with Race Director, Mark VanTongeren 1. What is your background? How did you get into races? I’ve been a fairly serious… 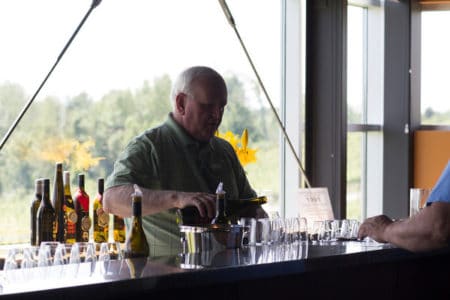 April 2 is the sixth annual World Autism Awareness Day, and nearly 3,000 iconic buildings and landmarks in over 600 U.S. cities and 50… 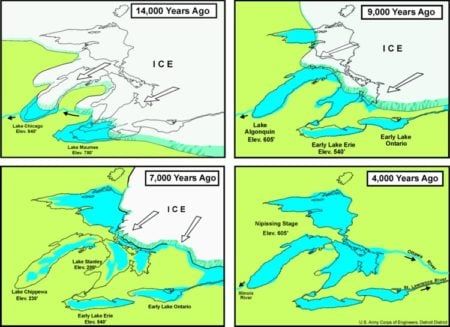