Surrounded by water and picturesque views, the movers and shakers of the literary community see Traverse City as a real “end of the road” kind of place, muses Doug Stanton (creator and national bestselling author).  Join them at the National Writer’s Series, or the “Downtown Book Festival”. This event is an open invitation for readers to engage in conversation and celebrate literature with nationally renowned authors in the historical City Opera House on a monthly basis.

In May of 2009, Stanton ended his book tour for Horse Soldiers in Traverse City—the event was a complete success, so much so that Stanton was inspired to talk friend Elmore Leonard into speaking in Traverse City in June of 2009.  Just two short years later Traverse City will have hosted nearly forty authors as part of the Series.  Still to talk in 2011 is Chuck Klosterman (November 10th) who was preceded by the likes of David Sedaris, Jeffrey Eugenides, Tom Brokaw, and Mary Karr among significant others.

Proceeds from these fantastic author events go to creating scholarships for local high school students interested in pursuing writing. Juniors and seniors in the local community are encouraged to submit work that is judged and three winners are selected.  Once chosen, the pieces are revised with the help of local writers and celebrated at a student reading extravaganza at the Opera House.

Undoubtedly the Mitten is a place for community, art, and inspiration.  Stanton and his team really hope that the Series will inspire Traverse City to be a “book city,” and Michigan to be a “book state.”  “The festival is a real celebration of the power of storytelling and the necessity of creativity,” Stanton smiles.  In a very humble fashion he sees the students of today as the problem solvers of tomorrow’s very different world.

“Our goal is to demystify the process of talking about literature.”  The Series entices a diverse group to come and listen to the varying authors.  There are often a lot of students, but the interest waxes and wanes with the authors’ genre base.  More and more, the space is energized with a community excited about reading, writing, and poignant discussion.

The National Writer’s Series is intended to be a non-traditional festival.  The Series is spread out through the year so that authors and attendees can be really engaged in each separate event.  Book sales from these events are reported to the New York Times, which is important for furthering the careers of the writers.  By proxy, this means the event really focuses on exalting the art of writing and discussion.

Initially, Stanton utilized his network of editors, agents and writers to bring his friends and friends of friends to the Series.  However, the unique feel of the Series  inspires publicists and writers to seek positions in the line up.  It is intended for writers to feel like honored guests in the Traverse City community.  As a writer himself, Stanton realizes how long, uninspiring, and truly unglamorous a book tour can be.  He wanted to show writers Mitten hospitality.  Several authors feel that this event is one of the best experiences they have on their tours.

There is so much more to say about this amazing event, check them out on Facebook, Twitter, or via their website. Please join them in celebration of this very AWESOME opportunity!

This is an event for the serious networker who is looking for new leads, contacts, and ideas in Southwest Michigan. Advance registration is required….

What state is better suited to produce baseball players than one that’s shaped like a mitt? Sure, the weather isn’t always conducive to playing…

The Great Fox Brew Ha Ha, hosted by Clear Channel and 101.3 Fox radio, is about to embark on their fourth consecutive year in… 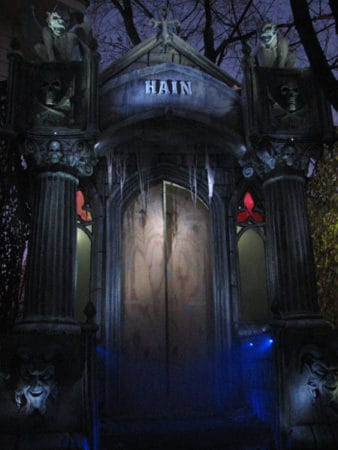 Halloween is one of the hallmarks of fall in Michigan. Whether it’s in the eighties or snowing, there’s fun to be had, be it…