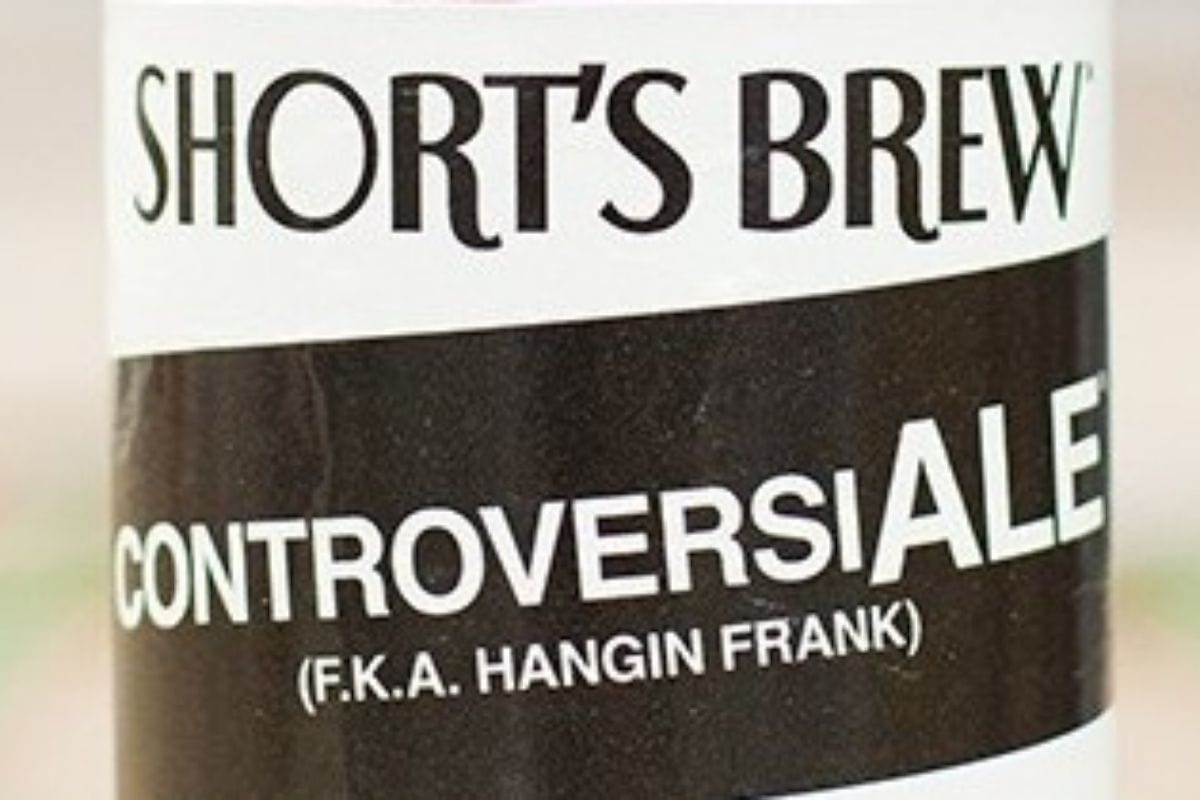 Originally known as Hangin’ Frank, the seasonal IPA from Short’s Brewing Co. now known as ControversiALE began as a brew only for the City Park Grill located in Petoskey, MI, and was named after an old owner who is said to have hung himself in the establishment.

Now, ControversiALE allows its drinkers to remember Frank and enjoy the rich flavor of this brew.

To celebrate this seasonal gem, we at Awesome Mitten present to you five controversial Michigan history moments, events, and people that deserve their own ControversiALE toasted in their honor.

We all know Henry Ford, one of the most prominent and household names in Michigan and Detroit history. His industrial innovations are responsible for major changes in this country but it was widely known that there were a few ‘gaps’ in his education.

In a 1919 court case, Ford was quizzed by the opposing side and asked the most basic questions that revealed that he knew barely anything about American history.

This showcase of his ignorance of American history kept a spotlight on all of his political and personal views until the day he died. At the rise of labor unions, he fought to keep them out of his business, using former boxer, Henry Bennett, to rough up and intimidate any labor organizers. Ford almost went as far as shutting down his business to avoid unions!

However, this biggest controversy during his lifetime involved a newspaper that he owned, The Dearborn Independent. In it, Ford published anti-semitic articles, linking the Jewish population to all of the failings and misgivings in the US at the time. He included these articles in 91 issues; he was eventually sued and forced to apologize.

Also known as the “Michigan-Ohio War,” this bloodless boundary disagreement took place in 1835 and 1836. It all started with the lack of understanding about the geography at the border and escalated to become the one thing standing in the way of Michigan becoming a state.

In 1787, the Northwest Ordinance stated that the border between the two states was through the extreme of Lake Michigan, putting most of the west shoreline of Lake Erie within Ohio’s borders.

The map used to draw this line, the Mitchell Map, was deemed incorrect in 1803.  The tip of Lake Michigan was actually much farther south but any correction to this border’s line would have forfeited almost all of Lake Erie from Ohio which would have been a huge trade disadvantage, so Ohio just changed the description of the border without consultation.

This change went untested by Michigan until 1833 when their request for statehood was denied. Michigan kept the old line description which didn’t sit well with anyone. So, Ohio’s governor used his political connections to get to Congress and convince them to deny Michigan. It worked and so this gap in the borders created the soon to be fought over “Toledo Strip.”

Michigan enacted laws that would arrest anyone in the Strip that supported Ohio, even stationing a militia of 1,000 men inside Toledo. Ohio sent 600 men to do the same. For five months each state had a series of arrests, lawsuits, and relatively non-violent issues among the people.

Not until after a Michigan sheriff was stabbed did peace talks and plans for resolution begin.

Finally, in December of 1836, Congress offered Michigan huge parts of the Upper Peninsula and statehood for giving up the Toledo Strip. It was an offer they wanted to, but couldn’t, refuse.

Still missing and presumed dead, Jimmy Hoffa was one of the most famous labor leaders, leading the Teamsters Union, in American history. His disappearance and assumed murder have made him a household name and a notorious figure in Detroit history.

In 1957, Hoffa became the president of the Teamsters and then in 1961 Hoffa brought together almost all of the truck drivers in North America under one contract. All of his success caught the eye of the government.

Both the FBI and U.S. Attorney General Robert F. Kennedy watched Hoffa closely, believing he received help from organized crime and determined to find evidence of it. They eventually nailed him, sending him to jail for a short stint in 1967.

On July 30, 1975, Hoffa was meant to meet a mob-connected union leader at a restaurant in Bloomfield Township. What happened after that nobody knows for sure. His car was found in the parking lot but there weren’t any clues about Hoffa’s whereabouts.

Many theories surround his disappearance. Some say he was done in by federal agents or the mob, but there have been barely any breakthroughs or advancements in his case – he was declared legally dead in 1982.

This game, with over 105,233 fans in attendance, receives the title of one of the most controversial games in NCAA history. Both teams were undefeated, with Ohio State ranked number one and Michigan ranked fourth.

A conference championship, Rose Bowl appearance, and possible national championship were on the line for the winner of this game. The majority of the game had OSU in the lead until a major comeback, and a huge show of talent, by Michigan in the second half that tied the game at 10-10.

Before 1971, it would have been an automatic placement for Michigan. Until that year, there was a “no-repeat” rule that would have automatically disqualified Ohio State, who had participated in the Bowl the year before.

However, the Big Ten got rid of this rule and so who would be attending the bowl was left to a vote by the Big Ten athletic directors. The day after the game, they decided it would be Ohio State to go back to the Rose Bowl.

Michigan coach, Bo Schembechler referred to this decision as an “embarrassment to the Big Ten Conference” and chalked it up to “petty jealousies.” He claimed that an injury of their star quarterback and the desire to win by the Big Ten was probably what had decided it all.

However, until his death in 2006, he continued to believe that his almost undefeated team deserved a spot at the Rose Bowl.

On May 26, 1913, a trial started in Marquette, Michigan, between President Theodore Roosevelt and the editor of the Ishpeming Iron Ore newspaper, George Newett. Accusations of frequent drunkenness had followed Roosevelt throughout the 1912 presidential campaign in both Republican and Democratic news sources.

Tired of it, Roosevelt finally took some control and sued Newett after he allowed the printing of the following:

Roosevelt lies and curses in a most disgusting way; he gets drunk, too, and that not infrequently, and all his intimates know about it. All who oppose him are wreckers of the country, liars, knaves, and undesirables. He alone is pure and entitled to a halo. Rats. For so great a fighter, self-styled, he is the poorest loser we ever knew!

Newett defended this statement because Roosevelt was a public figure and he was free to publish what he wanted. Roosevelt simply defended that he was not a drunkard.

Throughout the week-long trial, Newett’s defense crumbled. His star witness was forced to flee the country and the trial did more for restoring Roosevelt’s good name than it did for accusing him of drunkenness!

At the end of the week, Newett was retracting his statements and Roosevelt was awarded six cents for damages.

Which controversial moment in Michigan history shocked you the most? Let us know in the comments!

Hey hey! I'm Alissa. Originally from metro Detroit, I spend most of my year as a student at Grand Valley State University. My major is creative writing and my minor is English. A few of my favorite things are traveling, concerts in Detroit, reading every book in my reach, downtown Grand Rapids and iced capps from Tim Hortons. 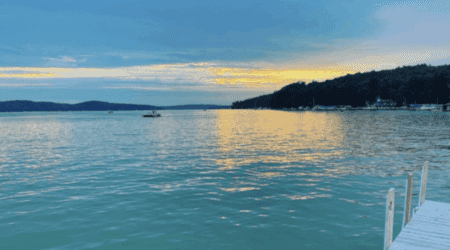 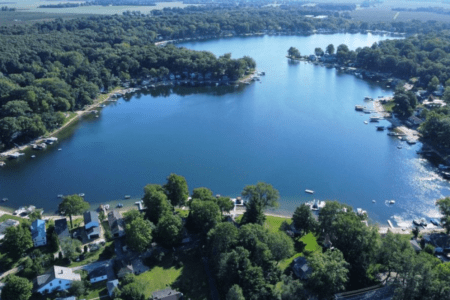 Sister Lakes Michigan is a small, picturesque resort area in Southwest Michigan that’s surrounded by a series of fresh, clean lakes and provides a… 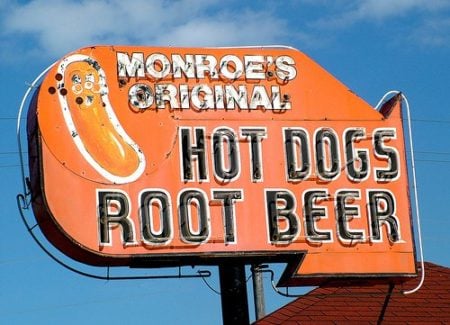 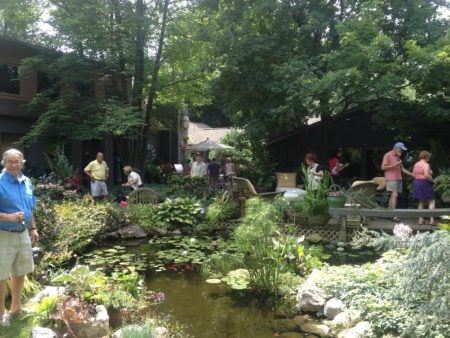 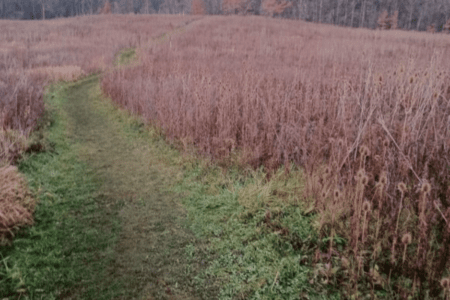