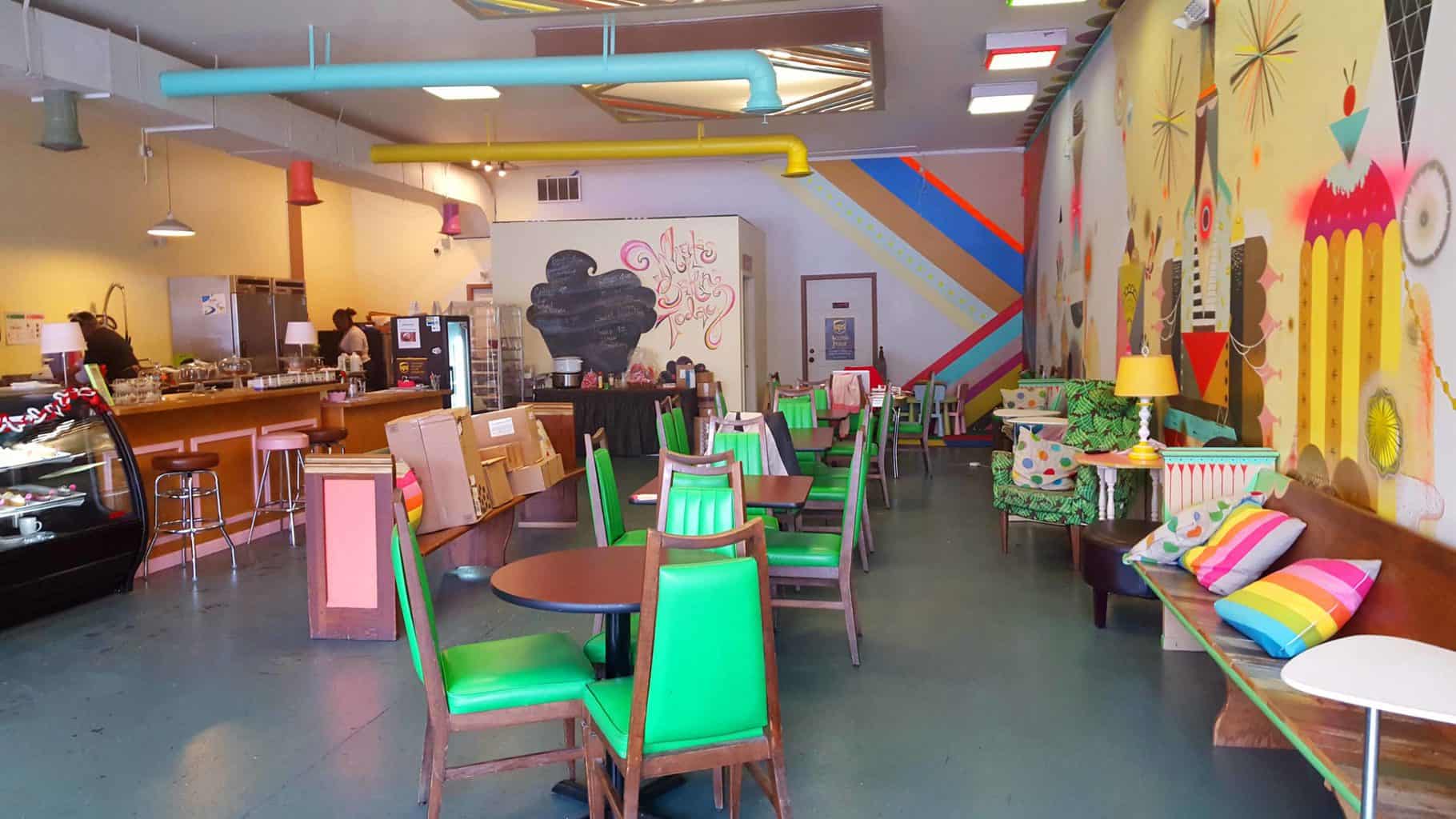 As we all know, February is Black History Month and in honor of that, I wanted to explore some Detroit food-based businesses. During my research, two places kept coming up over-and-over again. Of course, there are tons of black-owned businesses throughout the city of Detroit firmly entrenched in their communities, making a difference, and continuing to be success stories. However, Good Cakes and Bakes and Sweet Potato Sensations really got my belly grumbling, so I made my way to Livernois Avenue and the Old Redford neighborhood.

My first stop took me to the Bagley neighborhood and Good Cakes and Bakes on Livernois Avenue. The first thing that caught my eye at this bakery was the vastness of the space and the colors throughout. The murals donning the walls of the shop, that opened in 2013, were the creation of several artists spread across the country.

I was able to sit down and chat with April Anderson, the owner, as I enjoyed a chocolate salted caramel cupcake and a slice of 7-Up pound cake. I washed the baked goods down with a French Press coffee made with the locally roasted beans they get from Chazzano Coffee Roasters. The treats I enjoyed, along with everything else, are made in-house from scratch daily with fresh, organic ingredients. Cupcakes, cakes, brownies, cookies, cinnamon rolls and more are featured daily, and they are always looking to create something new so surprise them with a unique, custom order.

A main goal of Anderson’s and Good Cakes and Bakes is to offer a comfortable, relaxing community place and to give people a local hang out outside of the home and workplace. She wanted the shop to open within the city limits, where she was born and raised, and chose the Bagley neighborhood because of its rich history and thriving presence today. Kuzzo’s Chicken & Waffles is amongst several popular eateries along the same strip with several more opening this year. The vastness of the shop’s space also allows them to host showers, birthday parties, and other community gatherings – each helping to bring this nook of the city together.

I enjoyed the murals, colorful pillows, and decorations throughout the shop as I finished my coffee and goodies. You can find Good Cakes and Bakes on Facebook, Twitter and Instagram.

Later that same day, I went to the Old Redford neighborhood to Sweet Potato Sensations that is across the street from the historic Redford Theatre,. I entered into a “Sweet Potato Lover’s Heaven on Earth”. It was sweet potato everything from the color of the tile, to the paint on wall, to all the goodies in the display cases and on top of the counter!

I hung out for a bit with Charice “Espy” Thomas, who helps run Sweet Potato Sensations with her sister Jennifer and their parents, Cassandra and Jeff the founders of the single, family-owned business back in 1987. You’ll find sweet potato cake, pie, ice cream, cookies, cheesecake, muffins, and so much more. They are not just about the sweet potato, though. We chatted while I enjoyed their popular black-eye pea and collard green soup with smoked turkey and a side of sweet potato cornbread. I experienced a delicious southern meal and Detroit food at its finest. If I had come in on the weekend I would be taking part in their Saturday brunch, where fried chicken and sweet potato waffles, sweet potato pancakes and many other things are featured.

They are not just about the sweet potato, though. We chatted while I enjoyed their popular black-eyed pea and collard green soup with smoked turkey and a side of sweet potato cornbread. I experienced a delicious Southern-style, Detroit meal at its finest. If I had come in on the weekend, I would be taking part in their Saturday brunch, where fried chicken and sweet potato waffles, sweet potato pancakes, and many other things are featured.

Everyone that comes to visit in the community, from the suburbs, or after a theater showing experiences tasty treats made from sweet potatoes that are hand peeled and washed individually. My eyes lit up when Espy said they go through 50,000 pounds of sweet potatoes each year! That great care goes all the way to the end product and in how they treat their customers. I received friendly service throughout my stay at Sweet Potato Sensations.

Some more sweet potato cornbread along with sweet potato cheesecake was my choices to take home. I enjoyed the nostalgic décor inside and the large sweet potato mural on the north wall of the building before going on my way.

If you can’t make it to Old Redford you can find them at Eastern Market in the summer on the weekends or at the Whole Foods in Midtown. See what Sweet Potato Sensations is up to on Facebook and Instagram.

Both Good Cakes and Bakes and Sweet Potato Sensations are black-owned Detroit food businesses that love it in the city, and each are part of the city’s changes in their own way. They are firmly entrenched in their neighborhoods, hosting community events, and are looking to bring people into the city where they continue to be places to spend time with delicious food and treats.

What other black-owned and/or food businesses would you recommend checking out in Detroit? 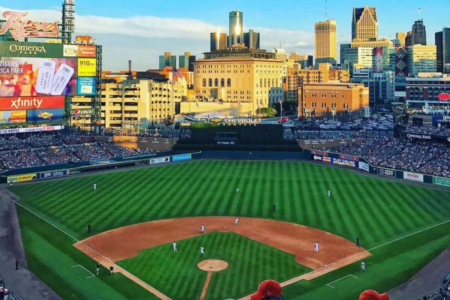 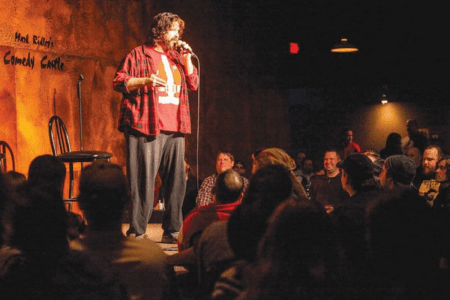 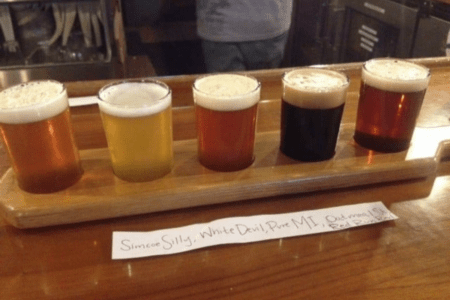 From the moment my coworker first mentioned Kuhnhenn Brewing Co. while we were at lunch one day, I knew I would love it. First,… 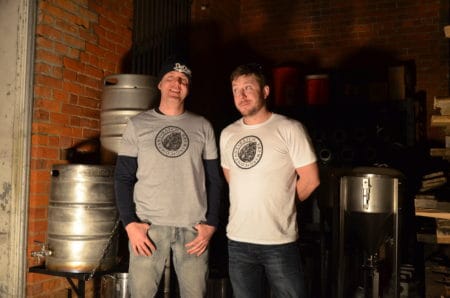 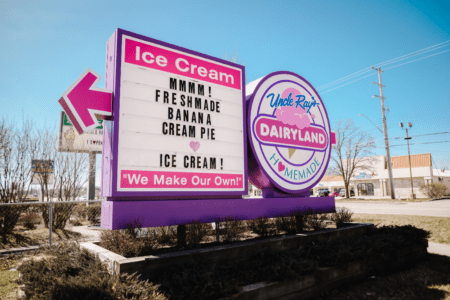