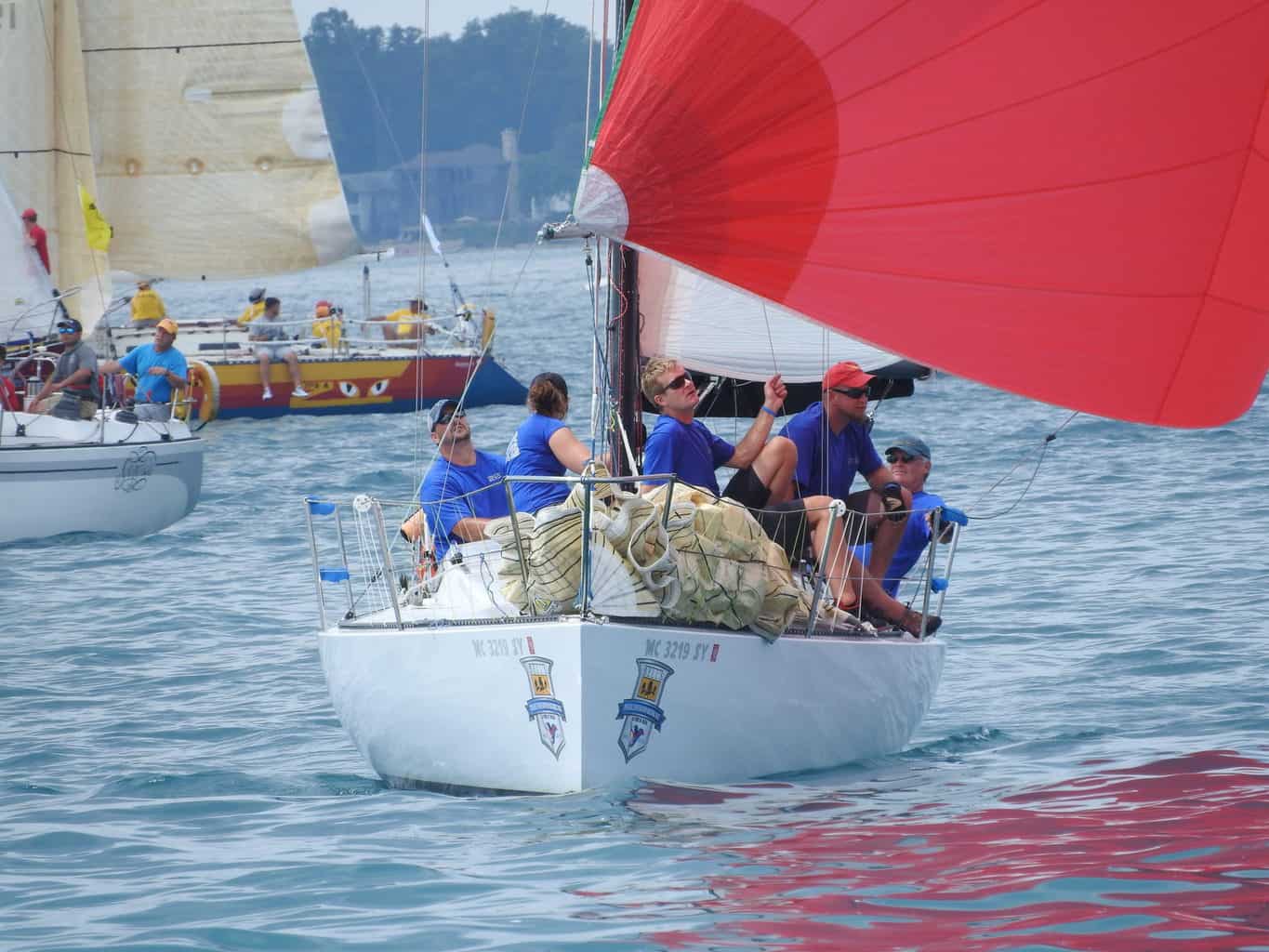 When I was invited back in October 2014 to cover the Bell’s Bayview to Mackinac Yacht Race, it was an honor to accept. Having minimal experience with sailing or sailboat racing (even as a spectator), I thought it was an exciting opportunity to learn about something new that has a long-standing history in Michigan.

To say I was overwhelmed by the number of boats lining the St. Clair River in Port Huron and the crowds spread out along block after city block is an understatement. It was “Family Night” as part of the Blue Water Fest – a celebration organized to compliment the race. Knowing no one, and not sure where to start, I sought out Thumb Coast Brewing as I knew it would be familiar environment. It was also a great spot to watch the fireworks at the end of the day.

Friday morning started with light rain, which was fine with me as it kept the crowds away a bit longer so I could easily find a parking spot and walk around to get my bearings. The Black River winds through downtown Port Huron, before converging with the St. Clair River on the way out to Lake Huron. Boats, from 30 feet to 70 feet, were lined up sometimes four deep to accommodate the more than 250 that would take part in this 91st annual race. By mid-afternoon, crowds were gathering to walk along the river to talk with sailors, take photos and share stories of times on the water. Carnival rides, street vendors, food booths and musical stages provided entertainment for families throughout the day and night.

That afternoon, an historical marker was dedicated near the Port Huron Yacht Club (PHYC), commemorating the significance of one of the longest freshwater races in the world. It was in 1925 that PHYC and the Bayview Yacht Club in Detroit teamed up to host the first Bayview to Mackinac Race. A duplicate marker will be placed at Bayview—which this year celebrates its Centennial (see story on this milestone here).

I woke with excitement on Saturday, ready to head out onto Lake Huron to see what this race was all about. What did it really look like, feel like, being on one of the largest freshwater lakes with 237 competitive sailboats*, freighters and spectator boats as part of this legendary race? I was about to find out!

If possible, the energy down along the river was even more amped up on race morning. Crews were carrying ice and provisions to their boats, checking sails and other gear, removing excess items from the boat to eliminate unnecessary weight and preparing for the next 23-56 hours out on the water. By the time our 38-foot Tiara Old No. 7 (made in Michigan, which made me happy) backed out of its slip to head down the river, more than half of the boats had already begun their pilgrimage to the big lake. There were shouts of good luck, friendly heckling of competitors and smiles everywhere.

The scene out on the lake was what I considered organized chaos. A mass of boats surrounded us in every direction, each doing their own thing and waiting for their respective classes to start. Our skipper, Nicholas DeGrazia and his first mate and wife, Sandy, were most helpful in getting myself and fellow media near the boats we wanted to see.

With each class, Sandy would read off details that would help us find us the respective boats—including hull color, spinnaker (sail) color, sail number and such. Together, our group of writers and photographers would point out down boats and Nick would then get us as close as he could without disrupting the race. To be a stone’s throw away from boats that would later place in the top three and claim flags was pretty exciting.

The last two classes—the Multi-Hull and A Class (larger, 70-foot boats)—were sent out on the course just as storm blew in off the mainland, delivering plenty of wind and rain. Our ride back to the river was bouncy and wet, but the adrenaline of what I had just witnessed was still running through me so I barely noticed the lightning and thunder overhead.

With the sailboats on their way on one of two courses—the 259-nautical-mile Cove Island Course for the larger boats or the 204-nautical-mile Shore Course for smaller boats—I had plenty of time to make my way four-plus hours north to Mackinaw City to catch the Shepler Ferry for the next three-days of my race adventure on Mackinac Island.

Upon checking into the famed Grand Hotel, I was pleased to find myself in a room that not only overlooked the Straits of Mackinac, but was pretty close to the finish line for the race—a laser beam that stretches from the shoreline over to Round Island Lighthouse. From my window, I could not only see but actually get pictures of boats as they completed their course.

Corrected time is calculated based on actual time and boat handicap. The first boat across the finish line isn’t necessarily the “winner” of its class—the handicap can, and often does, change ratings before all is said and done. Sunday and Monday on the island slightly resemble a frat party – minus the keg-stands and togas. As many as 2,000 crew and their family and friends cram into the bars and restaurants downtown to share stories of their most recent sailing adventures. They talk of wind, or lack thereof. They complain about crews that have time to take photos and post them online during the race, instead of focusing on the task at hand. They congratulate each other and toast to a job well done. They drink, a lot. And with race sponsors like Barefoot Wine, Tito’s Vodka, Shellback Rum and title sponsor Bell’s Brewery, there’s no shortage of libations flowing.

Bell’s owner, Larry Bell, is a prominent figure at the race festivities. This was the fifth year he has been the title sponsor (for two years prior to that, Bell’s was the beer sponsor). As part of this arrangement, Larry himself gets to help crew with Details, a Santa Cruz 70 owned and skippered by Lance Smotherman of Harrison Township (Macomb County). This boat was a hub of activity in the harbor on Monday afternoon, with a waiting line to get aboard.

The celebration comes to a close on Tuesday during the awards party at Woodfill Park, overlooking the Straits and down from the Grand Hotel. Live music, more beverages and sailing crews dressed in their team shirts gather once again to relive the week’s race and wait for the award flags to be presented in each class (first, second and third).

Not only are awards presented for the top finishes, but the last boat in is also recognized as the “pickle boat.” This year, that flag was presented to James Howard of Ark-Imedes (of the Bark Shanty Sail Club of Port Sanilac), which completed the race in 56:56:08 (coming in Monday at 20:47:08 (8:47pm); corrected time 50:41:46 to finish last in a class of 15 boats).

Of particular note was the recognition of the “Old Goats”—an endearing term used to describe someone who has participated in 25 or more Bayview to Mackinac races and “Grand Rams” who have completed 50 or more races. The “Double Old Goats” have completed at least 25 of the Bayview to Mackinac races as well as at least 25 of the Chicago to Mackinac Races, which were first held in 1898 and is the oldest annual freshwater distance race in the world.

It was a pleasure to cover an event of this magnitude, and if presented with an opportunity to cover it again in 2016, I’ll be better prepared to submerse myself in my surroundings. I’ll take someone familiar with the sport with me to help guide me through the channels of networking. Being a resident now of the waterfront town of Petoskey, I expect the chances to learn more about sailing will continue to increase. I’ll continue to read up on the logistics and nuances of sailing, try to understand the terms and acclimate myself to one of Pure Michigan’s greatest recreational pastimes.

Dianna Stampfler is the president of Promote Michigan and a passionate advocate for Michigan’s hospitality and tourism industry. She is a long-time freelance writer for publications such as Pure Michigan Travel Ideas and Michigan Blue Magazine. This was her first experience in the world of competitive sailboat racing. 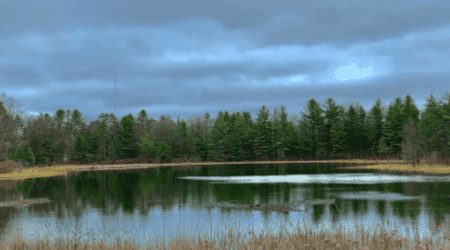 Looking for a perfect unplugged summer vacation location for the family? Clear Lake State Park is the ideal place to stay. The lake is… 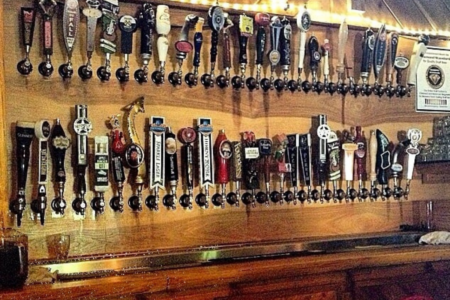 Opening Day of baseball season kicked off with joyous amounts of excitement in Detroit. Though the Traverse City region may be four hours away…

Anytime that you travel, the culinary scene has a big impact on your opinion of the vacation destination. You don’t want to eat at… 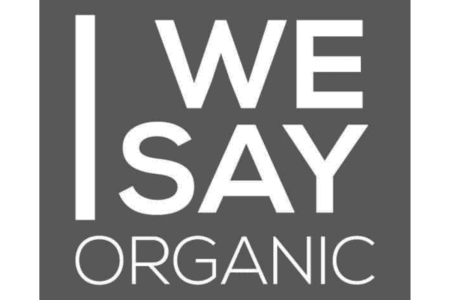 Trendy. Hip. Farm Friendly. Living and eating cleanly, locally and seasonally is at the heart of what We Say Organic is all about! We Say… 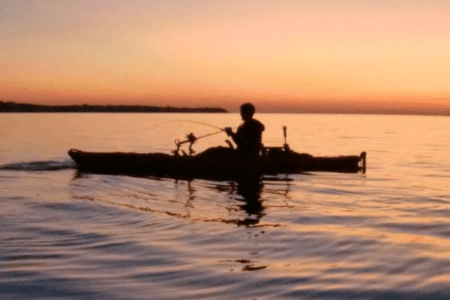