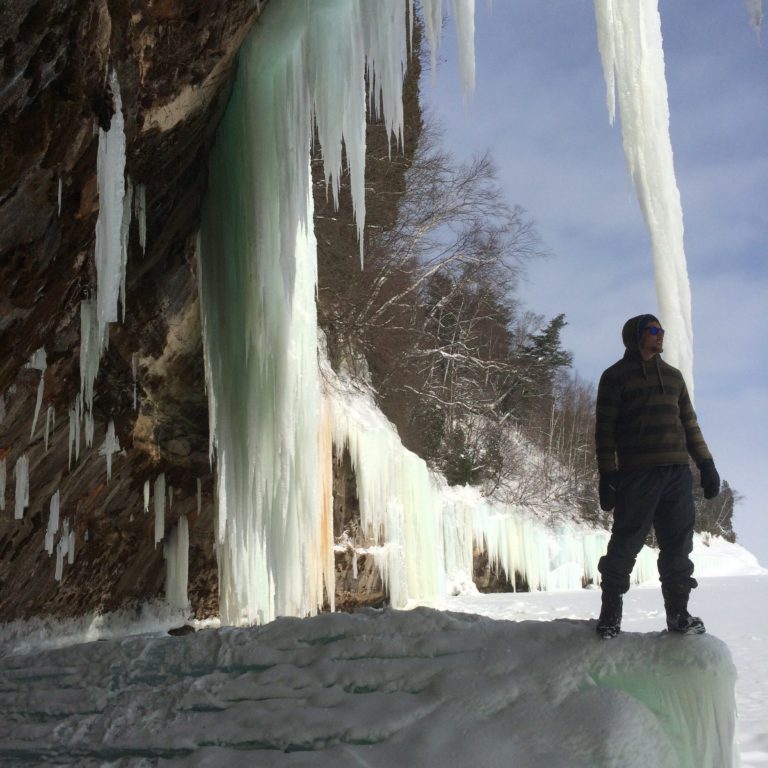 7 Things That Prove Michigan Is The Most Adventurous State

When our summer paradise turns into a winter wonderland, you won’t see Michigan schools closing for just a few inches of snow. Winter is just part of our lives. When most people might be overwhelmed by brisk temperatures and mounds of snow, it doesn’t phase Michiganders. Instead, it means pulling out layers of clothes, coats, ice skates, snowboards, ice axes, snowmobiles, crampons, and putting cars into four wheel drive for some epic snow adventures.

2. Michigan can handle it all.

The lowest temperature ever recorded in Michigan was a deadly -51 degrees and the hottest a whopping 112 degrees. Our weather transforms the beautiful hidden beaches of the summer into magnificent ice caves in the winter. The Great Lakes batter the shoreline with 10-foot waves, and then silently calms into reflective glass as the seasons change.

3. You’ll find us stargazing instead of sleeping.

Michiganders have a slight obsession with stars, and that is probably because we have minimal light pollution in a majority of the state. Aurora Borealis? Yeah, we have the Northern Lights, too. Michganders are often addicted to making midnight memories under a million little lights.

Once winter begins, we break out the snowboards. When spring hits, we uncover the longboards. When summer finally arrives, we’re unloading the wakeboards. Some of us see all the activities as a challenge, to test how many we can try in a specific season. Snorkeling, cliff jumping, mountain biking, ice climbing, backpacking, and snow camping are just some of the things Michigan lets us take advantage of.

5. We have more registered boaters than any other state.

That’s right, Michigan has more than California, Minnesota, and Florida! It seems that nearly every person spends at least one weekend “Up North” during the summer where they enjoy an inland lake or one of the Great Lakes. Michiganders sail across Lake Michigan, relax at the Torch Lake sandbar, go wakeboarding on Higgins Lake, tube down the Manistee River, or take a quiet pontoon ride around Canadian Lakes. We live for the water, and we often underestimate how spoiled we are compared to other states.

Compared to many other states, Michigan lacks vibrant nightlife outside of major cities. We aren’t that bothered by it because we spend Friday nights taking a road trip to Pictured Rocks or exploring the Detroit Packard Plant. It takes over 10 hours to drive from Detroit to the Porcupine Mountains, so time is precious. We pack our bags Thursday night and leave straight from work with good friends and dedication on Friday.

If any state knows how to appreciate nice weather, it’s Michigan. We can be tanning and building a snowman in the same week. When it snows, we change into our swimsuits and jump in the biggest snowbank. When it rains, we’re diving into Lake Superior. No matter the weather, no matter the temperature we are always on the beach, on the slopes, or in the woods. A cabin off-the-grid is considered a perfect weekend, and we don’t need anything but good friends and Michigan’s beauty to survive.

What do you think? Are Michiganders the most adventurous folks out there?