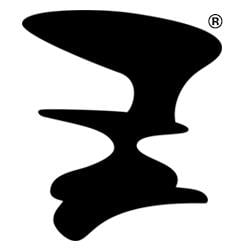 On Tuesday, the day before ArtPrize was set to begin, I decided to enjoy my last unencumbered stroll through downtown Grand Rapids until October.  The afternoon was the coldest day in recent memory, but as I neared the center of town, I found myself walking through gusts of hot air.  My mind, prone to cringe-inducing language while taking walks, had the following thought:  while the weather might be cooling down, Grand Rapids is heating up.

As I walked, I caught the city gearing up for what they call the world’s largest art competition.  I wandered past the old Public Museum, where workers busily planted rows of trees outside the building.  I had only noticed the structure before because it looked empty and smelled like a waste water treatment plant.  This year, SiTE:LAB has used it to set up shop for ArtPrize.  It was just one example of the city’s preparations.  As I got closer to downtown, the sidewalks started filling up with decorations and ArtPrize mile markers.  I passed several artists setting up their exhibits.  Then, a gentleman stopped me as I stared at sculpture of a man hanging between two buildings on Monroe Center.  I sighed—the invasion had begun.

“Do you know where the dragon statue is?” he asked.  I answered that I did not.  Note to visitors:  While I’m glad you’re patronizing my city, I do not get paid to be your personal tour guide.  This article is my one act of hospitality.

This article does not aim to tell you the secret spots to see the best art; I am not an art critic and couldn’t tell you those secrets if I wanted to.  Lest you doubt my credentials, I checked my college transcripts and verified that I got a hard-fought D+ in Art History.  While owning a dubious critical reputation, I have lived in Grand Rapids for some time and previously attended ArtPrize. With this in mind, I have suggestions that might be helpful to those of you who are in unfamiliar territory.

For those readers from out of town, you may be unaware of the many opinions ArtPrize stirs up among the citizens of Grand Rapids.  You’ve been warned.  I won’t outline all the differing attitudes, but suffice it to say some people feel pretty strongly.  I’ll admit that yes, some of the winners make me question voters’ taste, and the crowds can be frustrating to deal with if you’re just trying to drive through downtown, but for me, the excitement and buzz around the city is a nice reminder that Grand Rapids is a pretty cool place to live.

If you’ve never been to ArtPrize before, or if you’re just looking for a local’s perspective on how best to enjoy the festivities, read on to discover my Five Easy Steps to Enjoying ArtPrize More Than You Were Going to Before Reading This.

Step One:  Get a Map

Maybe you might think you know where the best exhibits are.  Think again.  There are 1,517 entries spaced out over three miles.  One of the main criticisms about ArtPrize is that a large portion of the art doesn’t get viewed by the average attendee.  Don’t be one of the people who follow the crowds and looks at the big stuff.  You can look at that on your way out—it’s easy to find.  Instead, explore something off the beaten path.  I recommend finding displays that show off student work; not only is it fun to see aspiring young artists’ creations, the venues are usually more heavily concentrated with artwork.  Yes, you might overlook this year’s giant wave, but you’re not missing much.  Plus, you’re more likely to stumble onto something you connect with and enjoy much more.

If you’re not a fan of following your map all around the three mile radius, don’t worry.  Five dollars gets you two passes on the ArtBus Shuttle, which hits all the exhibition centers, The Hub, and the Rapid Central Station.  On top of the shuttle, the passes get you unlimited rides on The Rapid for the duration of ArtPrize.  Easy enough?

One of the best things about ArtPrize is that it’s a community experience.  Seeing and discussing the exhibits with friends makes for a much more enjoyable adventure, so pull together a large group and travel en masse.  Once you’re there, though, don’t expect to stick together like glue.   People view art at a different speed, and large groups wait for no one.  I, for one, know that if there is an artist’s statement, then I deem it necessary to read the entire thing.  Some of my more impatient and illiterate friends tend to want to move through the exhibits faster.  This is fine.  Plan to fall into smaller groups and meet up throughout the day to discuss and swap group members.

Step Three:  Use Your Phone!

Yes, they added a Juried Grand Prize this year, but the $100,000 award is still less than the Public Vote Winner’s $200,000.  Since you followed Step One’s suggestion, you’ve seen more artwork than average ArtPrize attendee.  Given your wealth of knowledge, it is imperative that you vote and help get those artists on the outskirts of the contest some much-needed recognition!  Make sure you sign up at one of the seven exhibition centers, then vote using the smartphone app (available in both the iTunes store and the Android Market) or by texting “808080” (make sure your phone has been registered with ArtPrize if you’re texting).

This year, you can also use your phone to create some art of your own and win prizes.  The Instagram Contest encourages those who attend ArtPrize to snap photos of the festival using the popular smartphone app Instagram.  If you tag your photo with # ExperienceArtPrize, you will be entered into a contest to win some pretty cool stuff from ExperienceGR.com.

This should be obvious, given that you’re reading The Awesome Mitten, but I understand it’s easy to be swayed by the familiarity and convenience of TGI Friday’s or Buffalo Wild Wings.  Don’t take the easy way out.  Browse The Awesome Mitten for stories on what’s “awesome,” or just take my advice and either grab a sandwich at Founders Brewing Company or find The Silver Spork food truck outside of the Grand Rapids Art Museum.  There’s so much great food in GR, even out-of-towners like the Detroit Free Press are getting into the recommendation game and stealing all of my best suggestions for where to eat.

Once you’ve finished up with all your ArtPrizing and you’ve filled your stomach at a great local restaurant, you’re going to want to grab drinks with that large group of friends you came with.  Your first inclination might be to hit up one of the many bars populating the downtown area.  Don’t.  While these bars are a great place to grab a quick drink early in the evening, it is well known in GR that by sundown the same bars become a haven for college bros and out-of-towners.  The clientele only gets worse during ArtPrize.  Skip the crowds—and the downtown pricing—and follow Fulton Street out of downtown in either direction.  If you grabbed an ArtBus Shuttle pass mentioned in Step One, you can safely ride The Rapid to the bar of your choice.  Regardless of which direction you choose, the neighborhood bars—in the West Grand or John Ball Park neighborhoods to the west, or East Hills or Eastown to the east—provide a better atmosphere so you can recount your favorite exhibits, and better drinks so you can forget them.

If you’re going to visit ArtPrize, please be courteous as you visit my town.  Remember, everyone is trying to have fun, get outside, and see cool art before it snows and we’re all trapped inside.

And no, I do not know where the dragon statue is.

Jake Cagle has been called his generation’s Mozart by those unfamiliar with the quality and nature of both Cagle and Mozart’s work.