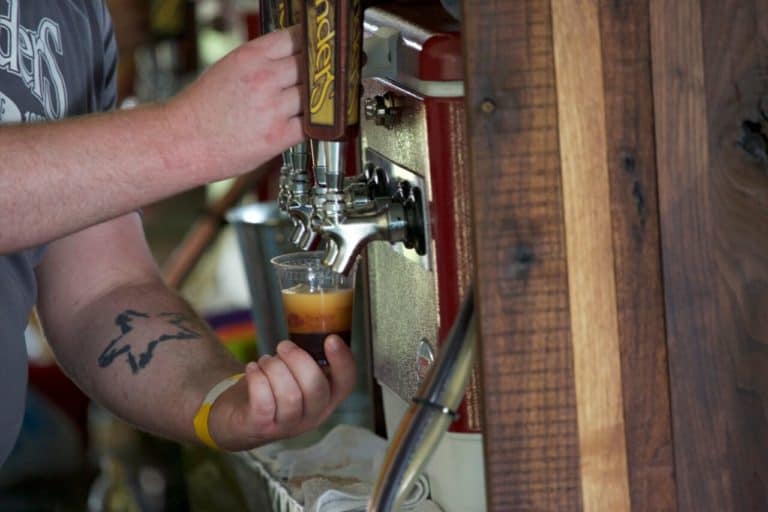 If Thursday isn’t the only day of the week you feel thirsty, you’re in luck. The Michigan Brewers Guild has your back and they’ve got a nice, cold brew for you too.

Historic Depot Town provides the quaint and charming location for the Michigan Brewers Guild Summer Beer Festival. This year, it takes place July 21-22. According to Michigan Brewers Guild President, Eric Briggeman, the annual event is celebrating its 20th anniversary. Ypsilanti has hosted it since 2001. Before that, the summertime event took place in Livonia. The event wins the title of the largest Michigan-only beer festival in the state.

Briggeman spoke about the festival, which is a celebration of not only beer, but also community.

“One of the most important things about the Michigan beer industry is its tie to the local communities,” he said. “Breweries create jobs and become very involved in their municipalities. They also incorporate the use of local ingredients whenever possible, building on that connection to being Michigan-made.”

Given that we think all things in the mitten are pretty awesome, celebrating the state’s production of hard brews and ciders sounds like a great idea.

“The craft beer consumers in our state are very loyal to locally-made products, and Michigan craft beer has definitely been one of the most popular products over the last few years,” Briggeman said.

Over the last three to four years, the festival has brought in over 13,000 people enjoying tastes from 100 breweries and 1,000 different beers. Briggeman said the atmosphere of Riverside Park provides a fun and relaxed setting alongside the Huron River. The scenic park has plenty of shade trees to provide a haven from the summer sun. It’s a great spot to relax with local food and live entertainment.

The Draw of Craft Beer

Michigan is known for its statewide support of local brewery businesses. This has become more of a collaborative environment versus a competitive one.

“Over the years we have always said that the Michigan beer industry is full of friendly competition. Afterall… every distributing brewery wants shelf space in stores and tap handles in bars and restaurants. And EVERY brewery is interested in convincing the craft beer consumers to try their beer,” Briggeman said.

“But the majority of breweries in the state go out of their way to help a fellow brewer in need; whether that is lending a necessary ingredient, answering a technical question from another brewer, or helping to load or unload equipment.  It is a pretty close community.”

The historic Depot Town area has many unique shops, restaurants, bars, and attractions that add to the fun of the Beer Festival. Check out our bucket list guide to the area here.

Furthermore, beer lovers line up outside of the front gate hours before opening to get their koozies on the “must-have” beers. Briggeman gives his tips on how to best enjoy the festival:

“1) Pace your sampling throughout the event. 2) Stay hydrated with water. 3) Try beers/breweries that you have never before. Don’t be afraid to skip waiting in line for beers that are well-known and attention-getters. The odds are tremendous that you will find ‘surprise’ beers that are just as good from some of the lesser-known breweries.”

Have you been to the Michigan Beer Festival? What is your favorite Michigan craft beer?