Mother’s Day is such a special day celebrating mothers of families, as well as motherhood, maternal bonds, and the influence of mothers in our society. There are so many incredible mothers from our great state of Michigan. This Mother’s Day, we want to celebrate by highlighting some of the most legendary and well known women turned mothers from the Mitten state! Here’s 16 awesome Michigan mothers for Mother’s Day 2016:

Known as the “First Lady of Detroit”, Marie Therese Guyon Cadillac first set off from Montreal in a canoe with her son determined to join her husband, Antoine de la Mothe Cadillac, in September 1701. Madame Cadillac arrived at Fort Pontchartrain du Détroit in May of 1702. She and her female travel companion were the first European women to ever come to Michigan. They were also the first white women to cross the 750 miles of the hostile Iroquois Territory between Quebec and Detroit. Once she arrived, she had several more children and transformed Fort Détroit into a proper settlement.

Sojourner Truth is one of the most amazing women in history as she is a national symbol for women of all races. Originally sold into slavery, she became a free person in 1826. Soon after she began “sojourning” throughout the North to clarify the “truth” about slavery. Truth moved to Battle Creek in the late 1850’s. She eventually married and had five children; James, Diana, Peter, Elizabeth and Sophia. She spent her final years campaigning for women’s rights in Battle Creek where she lived with her family until she passed away on November 26, 1883.

Betty Ford always considered Grand Rapids, Michigan her home. When she was two, her family moved to Grand Rapids where she grew up inspired by dance. Following high school, she opened her own dance school, Betty Bloomer Dance School. In 1948, Betty married Gerald Ford and became the First Lady of the United States by 1974. During her time in Washington, she focused on projects involving support for the disabled and making the fine arts more accessible. Together, Betty and Gerald had four children; Susan, Steven, John, and Michael. Betty passed away on July 8, 2011, five years after her husband’s death in 2006.

Although Aretha Franklin was not born in Michigan, she considers Detroit her hometown since she was raised in the Motor City. Her family first relocated to Michigan because her father took over the pastorship of New Bethel Baptist Church. As a wonderfully gifted singer and pianist, Franklin first started singing with her father at his church and later signed a deal with Columbia Records in New York. She’s had several hits that are now immortalized as classics and in 1987 she became the first female artist to be inducted into the Rock and Roll Hall of Fame. In 2008, Franklin won her 18th Grammy Award, making her one of the most honored artists in the history of the Grammys. Franklin is mother to four wonderful sons; Ted, Clarence, Kecalf, and Edward.

Born and raised in Detroit, Michigan, she began singing with her friends as a teenager. Eventually, she formed the unforgettable 1960’s trio The Supremes. By 1969, she went on to pursue a solo career where she topped the charts with hits like “Ain’t No Mountain High Enough”. Ross also earned an Oscar nomination as she starred in films such as Mahogany. The legendary singer is also mother to five children. Each of her children have gone on to reach their own levels of fame.

Pop singer Madonna was born and raised in Bay City, Michigan. Her love and involvement with dance earned her a full ride scholarship to the University of Michigan’s dance program. In 1977, she was given a six-week opportunity to study at the Alvin Ailey American Dance Theater in New York City. Following the experience, she dropped out of college in order to pursue a dance career in New York. By 1981, her solo pop career took off and she sold over 70 Million albums by the end of the decade. Madonna is also mother to four children; Lourdes, Rocco, Mercy, and David.

Famous and From Michigan

Known for her brash and satirical stand-up comedy, Sandra Bernhard first honed her comedic chops in the state of Michigan. Born and raised in Flint, Michigan, she eventually went on to land a stand-up comedy role on The Richard Pryor Show in 1977. Bernhard also won the National Society Film Critics Award for “Best Supporting Actress” in Martin Scorsese’s King of Comedy. However, her hit role was on the sitcom Rosanne. She continues to perform and write while raising her daughter, Cicely.

Kristen Bell was born and raised in Huntington Woods, Michigan, but she went on to study musical theater at New York University and made her Broadway debut while she was still a student. As she honed her acting skills, she was featured in many television and film roles. However, her breakout moment came in 2002 with her role in Veronica Mars. Following the television series, she stared in many hit comedies including Forgetting Sarah Marshall and Couples Retreat. In 2013, she married actor Dax Shepard and they have two daughters; Lincoln and Delta.

Born and raised in Southfield, Michigan, Selma Blair dreamed of becoming a ballerina and horse trainer. She spent her freshman year at Kalamazoo College, but eventually moved to New York City to try her hand at acting and attend New York University. Upon returning to Michigan, she finished her studies at the University of Michigan with a Bachelor of Fine Arts in Photography, Bachelor of Arts in Psychology, and a double major in Fine Arts and English. Blair went on to appear in many hit films such as Legally Blonde. Blair is also a mother to an adorable son, Arthur.

Best known for unforgettable role as Jessie Spano on Saved by the Bell, Elizabeth Berkley was born and raised in Farmington Hills, Michigan. She excelled in dance and dreamed of becoming a performer. During her childhood she appeared in many musicals and ballets in the Detroit area before she joined the Actors’ Equality Association when she was eleven. By age thirteen, she had a modeling contract with Elite Modeling Agency in New York. Berkley has gone on to star in numerous films where she’s refined her acting abilities. She is also a mother to an adorable son, Sky.

As a young child in Benton Harbor, Michigan, Julie Krone began her jockey career at a tender age. When she was just two years old she rode her first horse, and by five years old she won her first ribbon. By age 25, Krone was the first woman ever to win a riding title at a major track, the first woman ever to win five races in one day at a New York track, and one of only three jockeys ever to win six races on one card. In 1993, she became the first female winner of a Triple Crown race with long-shot horse, Colonial Affair. By 2000, Julie Krone became the first female to be inducted into horse racing’s Hall of Fame. She now spends time raising her daughter, Lorelei, with her husband Jay Hovdey in New Jersey.

Michiganders Through and Through

As Chief Executive Officer and Chairman of the General Motors Company, Mary Barra has been a proud Michigander all her life. Barra is the first female CEO of a major global automaker. She studied electrical engineering at General Motors Institute obtaining a Bachelor of Science degree and she received a GM fellowship at Stanford Graduate School of Business where she obtained a Master’s in Business Administration. While in college she met Tony Barra, who is now her husband. Together they live in Northville, Michigan with their two children, Nicholas and Rachel.

Known as “the voice” of the National Hockey League’s Detroit Red Wings, Karen Newman was born and raised in Rochester Hills and Grand Blanc, Michigan. She is an actress, known for movies like Goon. She has also toured with Bob Seger and Kid Rock. Newman began her career by studying at Oakland University School of Music under renowned Detroit soprano, Jan Albright. However, her most recognizable role is when she is performing the national anthem before the Detroit Red Wings’ home games at Joe Louis Arena. She is mother to twins, Kylie and Dylan, which is amazing because she is a twin herself.

As the granddaughter of hospital bed inventor Homer Stryker, Ronda Stryker is the only member of the founding family to serve on the board of Stryker Corp. A former teacher, she and her husband, William Johnston, went from educators to philanthropists. They are dedicated and proud residents of Kalamazoo and they show it with their generosity and involvement within the community. They gave $100 million to Western Michigan University to create a new medical school named for her grandfather. Stryker is also focused on raising her three children who’ve gone on to attend New York University and Vanderbilt University.

Although she is Canadian born, Jennifer Granholm has shown her dedication to the state of Michigan as the Attorney General of Michigan from 1999 to 2003 and as the Governor of Michigan from 2003 to 2011. While studying at Harvard, she met fellow Yale law student and Michigan native Daniel Mulhern. They since have gotten married and have three children; Kathryn, Cecelia, and Jack. She is a proud American politician, attorney, educator, author, political commentator and member of the Democratic Party.

Lena Rader was born and raised in Michigan as a daughter of a farmer near Lakeview. In 1946, Lena married Fredrick Meijer after meeting him while working as a cashier in his store. Together they volunteered their time and money toward numerous community organizations that include the American Red Cross, the Center for Health Professions at Grand Valley State University and the Grand Rapids Public Museum. They have given fantastic gifts to the community including the Frederik Meijer Gardens and Sculpture Park, the Meijer Heart Center, the Meijer Trails Network, the Lemmen-Holton Cancer Center and the Meijer Majestic Theatre. Together, Lena and Frederick Meijer have raised two sons Hank and Doug.

Today is the day to appreciate and celebrate all mothers which is why everyone at the Awesome Mitten would like to wish you and yours a Happy Mother’s Day! We hope you have a lovely day filled with family and festivities.

How will you celebrate the day with your Michigan mom? Let us know in the comments below!

Driving through Leelanau County with the windows down, I’m on a mission to find out what half-marathons and microbrew beers have in common. The… 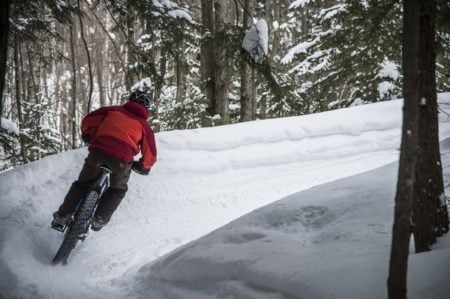 There’s a snow bike trail in Marquette, Michigan dubbed the “SBR” (snow bike route), and it’s awesome. It also appears to be the first… 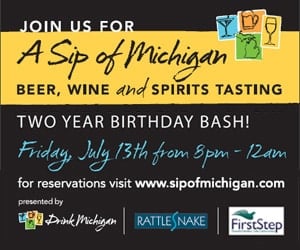 The second annual “Sip of Michigan” will be presented by Drink Michigan on Friday, July 13 at the Rattlesnake Club in Detroit, and Awesome… 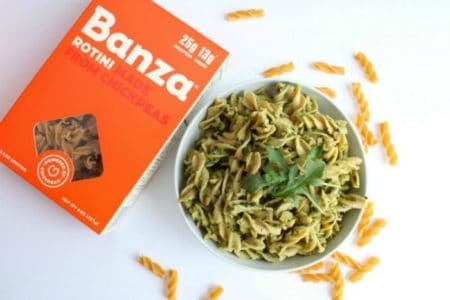 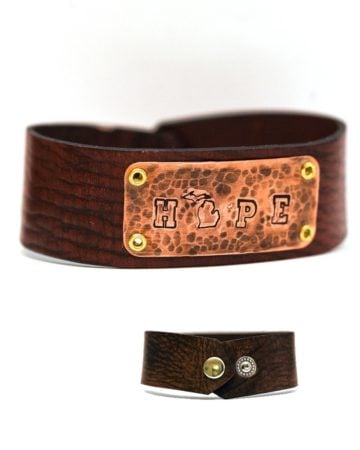 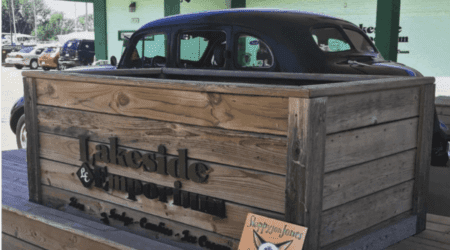