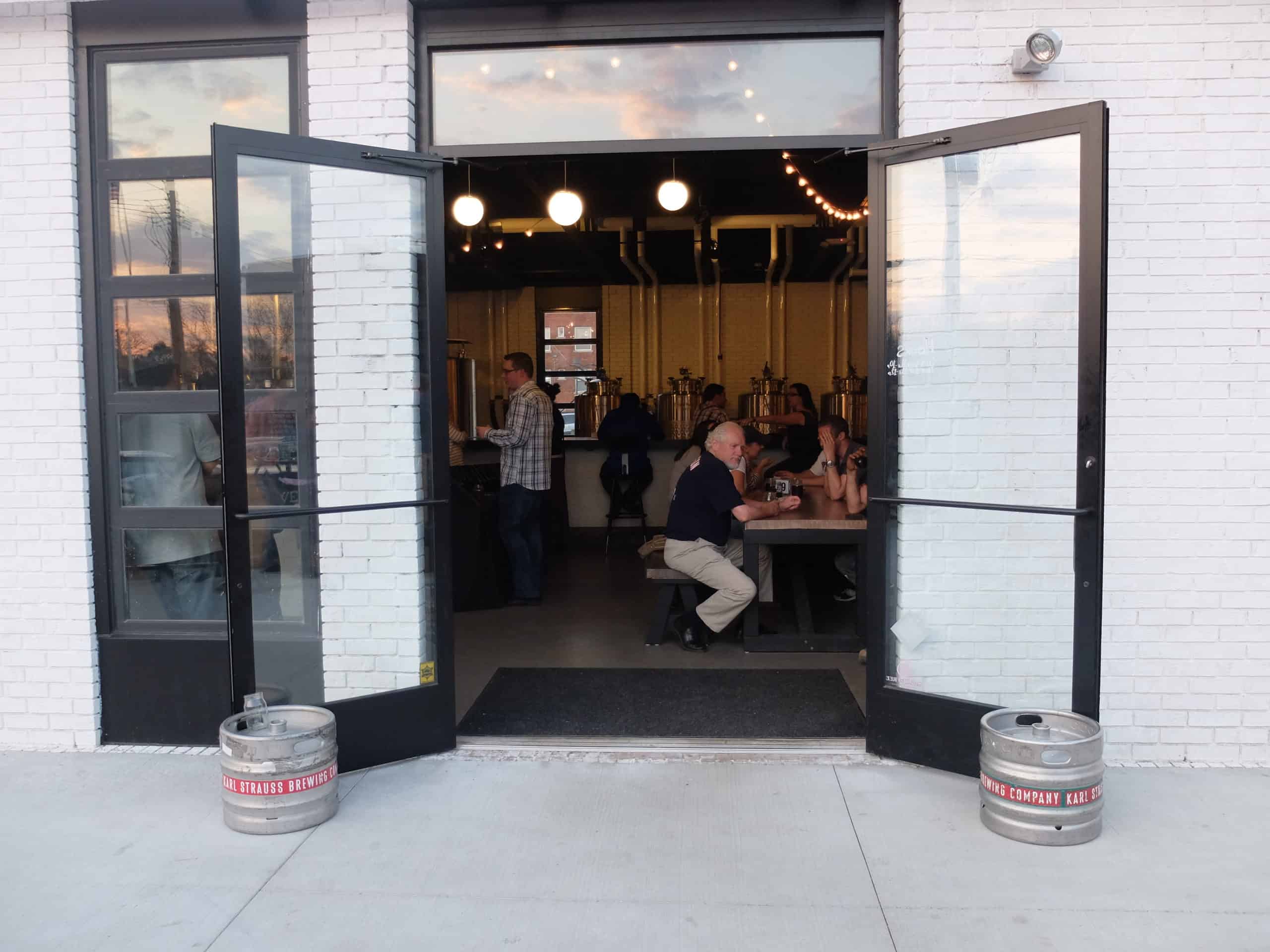 While everyday is a great day to drink a beer, National Beer Day is right around the corner.  Celebrate in style. Michigan is a mecca for craft beer. From our tantalizing tap filled restaurants to our bodacious breweries, the Mitten has craft beer steeze. You can throw a frisbee and hit a brewery or tap house anywhere around these parts. Check out this regional list of Michigan breweries and beer-centered restaurants. Cheers!

Batch Brewery – The brewery scene in Detroit has grown over the past couple of years. Batch has been a shining success. Detroit’s first Nano-Brewery has created a space that’s been concocting creative brews and eats since their inception. Their draft menu contains a bit of everything for all to enjoy. Their Feelgood Tap is a truly unique collaboration with local non-profits in the area. Stop on in to see the monthly non-profit they are supporting. Have a beer and service the community at the same time!

Slows Bar BQ – This iconic Detroit spot has helped pave the way for the restaurant industry in the D. It was at the forefront of revitalizing the Corktown area and became a staple for anyone visiting. While the Bar BQ is top notch, it’s the dedicated draft list that is the nail in the coffin. With over 38 beers on tap, Slows carries not only a wide variety of Michigan beers, but their list celebrates other breweries from across all over.

Ashley’s – Ashely’s in Ann Arbor is a world renowned tap house. It is a great place to expand your taste bud’s horizons. Ashley’s carries a vast array of styles. You can drink anything from a traditional lager to a bourbon barrel-aged ginger beer. If you’re looking for food to compliment your beer, their gastro pub style menu has it all. They have pizza, burgers, and even a specialty menu for French fry creations, such as pesto and chicken curry fries. Ashley’s is a great stop as you gallivant around Ann Arbor for National Beer Day.

Bell’s Eccentric Café – Bell’s Brewery has been putting Michigan craft beer on the map since the early days of the microbrewery boom. It’s a no-brainer to visit where it all began years ago. The craft beer scene is not what we see today. Most beers were bland and boring while IPA’s and Stouts were consumed behind closed doors of home brewers. Larry Bell saw a dream in Kalamazoo and decided to make his dream a reality by opening his own brewery. We embrace that love every summer with Oberon, Michigan’s most celebrated craft beer.

Kalamazoo Beer Exchange – The stock market itself is stuffy, boring, and a bunch of numbers on a rollercoaster ride. Add beer into the mix and you’ve got yourself a party. The Kalamazoo Beer Exchange takes drinking to the next level by creating a stock market for the drinkers at hand. Prices fluctuate with up-to-the-minute pricing that is determined by the popularity of each beer. Their menu has a wide range of food including fajita nachos and vegetarian lasagna. This means you can stay awhile and try their assortment of 28 beers on draft. Watch out for a market crash, this is when a beer is almost gone and prices are cheap, cheap, cheap!

Founder’s Brewing Co. – Founder’s is essential on every trip to Grand Rapids. It is one of Michigan’s heavy hitters, with distribution all across the country and beyond. While Grand Rapids has a plethora of breweries, make Founders the one you visit on National Beer Day. Not only will you find a handful of beers that don’t hit your local beer stores, but you can enjoy it on their massive, glorious patio. If you’re planning on making it a long day event, stick to their All Day IPA. It’s a Michigan classic you can savor from noon till midnight.

Stella’s Lounge – While not known as a “tap house,” Stella’s Lounge is a fantastic place to enjoy a beer. They have everything from PBR to kooky named IPAs. Pinball machines and vintage arcade games line the walls. They have all the classics, from Pac-Man to The Simpsons. Their food is top notch as well. They have a lovely list of bodacious burgers, such as White Lightning for the grass eaters along with a monthly burger called the Creature Feature. Stella’s Lounge has you covered for fuel this coming National Beer Day, you’ll just need a fist full of quarters.

Right Brain Brewery – It’s hard not to find a brewery around every corner while traveling around Traverse City, but there is something surely special about Right Brain Brewery. Tucked away, it takes a little adventure to find the brew pub. Once you find it, you’ll see what everyone is talking about. The walls are littered with odd art and their tap handles are just as zany and peculiar. It all makes sense when you find out that the beer is brewed with asparagus or a real pig.

7 Monks Taproom – One of Traverse City’s hot spots, 7 Monks is a must if visiting Northern Michigan this summer. Located in the heart of Downtown, their draft list boasts 46 taps of the best beer around. Being so close to Short’s Brewery gives them the advantage of hosting some of their unique beers that never leave the city. The real winner here is their food menu. It  contains exceptional items such as the IPA Onion Dip that is made with Founders All Day IPA. And don’t forget the Bacon Jam Burger that is topped with Applewood Smoked Bacon Jam.

Beard’s Brewery – Since their start in 2012, Beard’s Brewery has been making a name for themselves in downtown Petoskey. Their space may be small at the moment, but their beers are mighty.  A new facility plans to open later this year. National Beer Day is the perfect opportunity to grab grub from Happy’s Taco and enjoy a brew where it all began. The new brew house is massive, with a picturesque view of the Harbor. It gives Beards the opportunity to grow into one of the top breweries in the Mitten State.

Tap 30 Pourhouse –  What awaits you inside is all in the name; 30 marvelous beers on tap with a menu to match. Located smack dab in the middle of downtown Petoskey, Tap 30 has everything you need to get your night started off right. Heavy on the Michigan beers, their tap list is ideal. Their menu holds everything from lettuce wraps to pizza to loaded mac-n-cheese, so leaving hungry is not an option.

Blackrocks Brewery – Nestled in Marquette, Blackrocks Brewery has become a local landmark for beer drinkers near and far. Their roots started small, with a nano-brewery set up in a renovated house right off Third Street. Creating their craft while using the community as their test kitchen, they began canning these magical brews so the rest of Michigan could enjoy. Their patio is the bee’s knees, and on some nights you can catch one of the owners singing songs to thirsty patrons.

Steinhaus – Fairly new to the Marquette dining scene, Steinhaus has been the talk about town. Their German and European inspired menu contains dishes from local farmers. A simple but elegant menu will pair well with their wide range of bottles and draft list. It includes rare brews from breweries such as Short’s and Brewery Vivant. Brunch on your mind? Steinhaus has you covered with entrees such as Country Fried Schnitzel or Duck Hash along with Hofbrau, a traditional style German Lager. 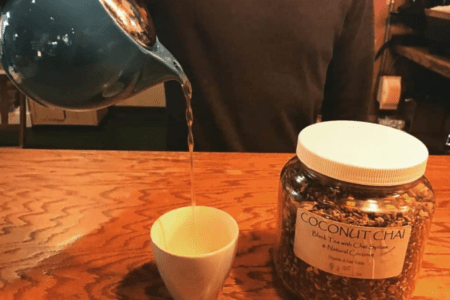 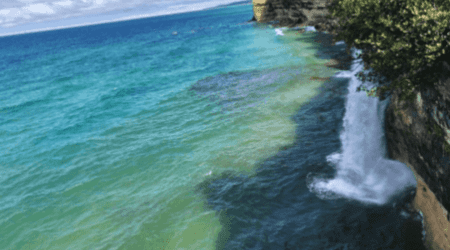 If you’re looking for a “pumpkin patch near me” or a “corn maze near me” in Michigan, we’ve gathered a list of Michigan pumpkin…

Awesome Mitten is hosting a giveaway full of fall-themed Michigan goodies. Enter every day all month long for more chances to win! From the… 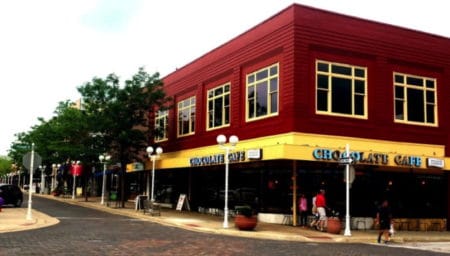